Peace of mind makes us more conducive to being inspired. It is the characteristic of the angels, and the angels are in an inspired state of being.
aaa

Love is a source of inspiration. Spiritual and emotional attraction provides radiance and motivation. It makes people more receptive to being inspired. A woman with a vital heart and live emotional sense is receptive to inspiration and has greater intuition than a man. She is better able to discern what is unknown and uncover what is hidden.

A mother’s heart is inspired about the child that stared its life in her womb, and this will remain the case even if that child reaches the age of seventy. The wife’s heart is her proof that rarely ever errs when it responds to concerns and fears and when it gives hope for the future.
Women are inspired more because they love more. 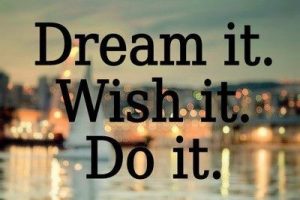 Having a pure heart makes one more easily inspired. Those whose hearts are pure speak truly. Those who are pious and pure-hearted are blessed with wisdom. Allah says:

O you who believe! If you keep your duty to Allah, He will give you discrimination (between right and wrong). (Quran 8: 29)

A pure heart is like a polished mirror that reflects things as they really are.

Supplication and nearness to Allah in a moment of acute awareness are sources of inspiration. We beseech:

Allah is the one who gives inspiration, supplication is the path to attain it, and faith is what compels it.

Seclusion and Peace of Mind

Peace of mind makes us more conducive to being inspired. It is the characteristic of the angels, and the angels are in an inspired state of being. Sometimes, seclusion gives us the ability to think clearly and makes us more receptive to Allah’s grace.

No wonder that waiting in the mosque from the time of one prayer to the next removes our sins and elevates our spiritual status.

It is also not surprising that observing a retreat in the mosque is a practice of Allah’s Messengers, and that Prophet Muhammad first received revelation after he had spent many nights seclude in meditation in the Cave of Hira’.

I once spent many days pondering on a matter without making any headway. Then all of the sudden the solution came to me when I stopped thinking about the issue and stopped making any attempt to solve it.

Do not put yourself under extreme pressure focusing on the problem. Pressure impedes inspiration. Haste is a characteristic of the devil. You should be cautious about adopting a solution in a state of desperation or despair. This is also the devil’s device. Allah warns us that Satan:

And Allah also warns us:

You might get inspired by seeing the people or hearing what they say or looking at the expressions on their faces. You might be inspired by nature in its beauty, vastness, and sublimity.

New encounters, whether with a person, a book, a country, a vocation, or an experience, makes inspiration more likely and more substantial when it comes.

There is no substitute for contemplation, study, and employing your mental faculties, but this is not enough.

A hundreds of the world’s wealthy and successful people stressed that they relied on rigorous studies, but not alone. They also relied on something else which could be described as intuition or inspiration.

Experience is the foundation. A constant habit of reading and study builds on that foundation. Age accumulates all of this. Though youth has more vitality, confidence, and productivity, age brings maturity and wisdom, and acuteness.

This is a natural distribution of qualities and it engenders success whenever the two come together. Young people take the reins of initiative and change, permitting their elders to guide the endeavor and fulfill the role of supervisor and critic.

Old routines kill the spirit and stifle hope. Long exposure to humdrum routines weakens people’s creative abilities and spiritual strengths. Their humanity is sapped and so are their dreams and aspirations for the sake of the unthinking efficiency of the machine.

When a country adopt strict regulations, military law, and a harsh penal code, they get a brief period of acquiescence and submission. However, people continue to despair and are consumed by resentment. A generation grows up who do not understand the meaning of love nor friendship nor loyalty. 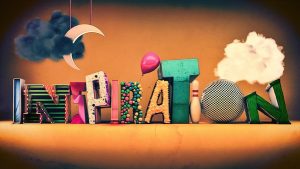 Societies with young populations and high birth rates, where people have insufficient opportunities and are unlikely to realize a respectable living standard and proper accommodation for their needs, are societies which foster envy, resentment, turmoil and aggression.

We need to condition our hearts, as well as our minds and our bodies, to resist provocation and prevent resentment and hatred from taking root, keeping our hearts pure. In this way, we will be in a much better position to be inspired.

Inspiration cannot make sins lawful nor lawful things sinful. Rather, it is a flash of illumination that casts light upon something inside of us allowing us to express some point of wisdom and beauty that we know to accept, though we cannot explain the reason for it.

It is like the case of the fireman who participated in controlling a fire and helped to rescue all of the people known to be in the building.

However, he found himself compelled to go into the still burning building and go from room to room until he came to a room where he found a young boy unconscious from smoke inhalation where he had crouched by his bed in confusion fear. As soon as the fireman carried the boy from the room, its roof collapsed.

That fireman had certainly not been a person whose heart was sick with resentment and envy, nor a selfish materialist. There was something within him that was pure.

Be like that fireman and search for that small child whose life, by Allah’s leave, is in your hands. You may find that child to be closer than you think, or even within yourself. Return the smile to that child’s face.