Coined as the “Voice Roaming Killer”, VoxEra is an Egyptian invention that just might jeopardize the cash cow of telecom companies, who are expected to generate nearly US$90 billion in revenues from mobile roaming charges in 2018 [1].

Sharing with his wife a passion to see the world, the couple decided to travel twice a year. Thanks to roaming technologies, Elgably would still be able keep in touch with his co-workers and clients while away.

The idea of VoxEra dawned on Elgably after returning home from a trip to find an outstanding roaming bill of over 5,000 Egyptian pounds (approximately US$275) for a trip in which he only spent US$650. “I could not find a solution, so I decided to invent one,” he explains.

As a technical person with six years of experience as a VoIP expert, Elgably thinks that VoxEra’s idea is very simple. “I am not sure why nobody thought about it before,” he says. He worked on the project alone until he produced the first prototype in December 2015.

VoxEra is a router-like device that enables travelers to make and receive calls using their local SIM cards. Before leaving, the user inserts his local SIM card into the device and ensures that it is connected to the Internet.

With the VoxEra app installed on their phone and an Internet connection at their destination, they can make and receive calls using their local number  under local rates with zero roaming fees.

Elgably understands that not all travelers will purchase a data plan in their destination country, and that WiFi may not always be available. VoxEra has therefore formed a partnership with GigSky, a company that provides an international data roaming SIM card.

The user can charge this card via their mobile application to have an instant Internet connection at an affordable price. The GigSky card will be shipped with VoxEra for free to people receiving their orders next June 2017.

VoxEra also provides a service called Voxera-reach, which allows users to make calls in their country of destination at a relatively low rate. 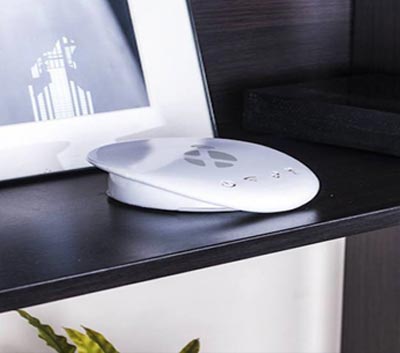 VoxEra initially targeted those who travel on business trips. “You cannot hang up a phone call with a client and ask him to call you on Skype”, Elgably says.

However, Elgably soon discovered there was an interest in VoxEra from all sorts of travelers.

Whether the user is calling or receiving, the other person, whether on a landline or cell phone, does not need to be connected to the Internet, and may not even realize that the person he is speaking to is outside the country. VoxEra can also operate in countries where VoIP services are blocked.

Another advantage of VoxEra is the traveler’s ability to contact their local bank. “Many travelers experience credit card issues while abroad. Their bank may contact them on their local number, and they may need to contact the bank via a toll free number. This cannot be achieved with VoIP applications,” clarifies Elgably.

VoxEra joined the American University in Cairo’s Venture-Lab business Incubator in March and Eitesal Business Nurturing Initiative (EBNI) Incubator in September 2016. The product design started with an ugly-looking box with an LCD screen and ended up as a slick, mouse-sized device.

The US patent for VoxEra was filed in April 2016. It was officially registered as a company in the U.S. the following July.

VoxEra’s crowdfunding campaign began on KickStarter in February 2017 with an initial target of US$20 thousand to be collected in 50 days. The target was attained in the first five days. Elgably explained that they went to KickStarter mainly for market validation.

Elgably is planning a trip to China in mid-April to finalize business agreements with manufacturers who will assemble and deliver the devices. 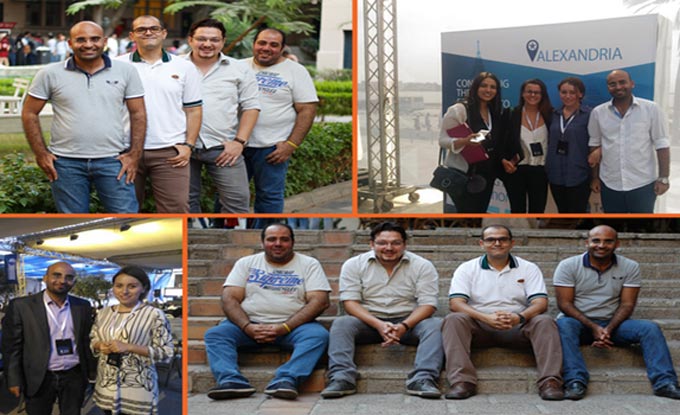 VoxEra plans to develop a device that can hold two SIM cards, and another that contains a built-in battery and a SIM card that provides Internet connectivity in case power or network connectivity are not available.

The idea of VoxEra seems to be rapidly paying off.  Elgably informed AboutIslam that two telecom providers have already contacted him for partnership or investment options. “We are traveling to Berlin next July to meet with potential investors, but our dream is to establish ourselves in Silicon Valley,” he says.