I met with Dr. John Mecholsky, professor in the department of materials science and engineering at the University of Florida, to discuss the aspects of his research that focus on fractal analysis, fractography and the application of fracture mechanics to the failure analysis of advanced ceramics and composites.

The following is a transcript of the discussion.

Dr. Mecholsky, thanks for your time. Can you give me an overview of your research?

What is fractal geometry?

Fractal geometry is a non-Euclidean geometry that allows for non-integer dimensions. So, we’re used to thinking about one-dimensional, two-dimensional and three-dimensional-objects. There’s a geometry that allows for 1.2, 1.3 or 2.2 [dimensions]. In our case, when a material fractures and forms a fracture surface, it isn’t just a plane. It is very tortuous. Well now we can give a quantitative number to that, so we can identify the material and how tortuous it is by its fractal dimension.

Why do you think fractal geometry is so important in the study of fracture surfaces?

The interesting thing is that the fractal dimension is related to the toughness of the material. The tougher a material, the greater its fractal dimension. Thus, we can correlate that. There are different structures. The important thing about the fractal dimension is that it gives us a tool to scale up from the atomic level to the macroscopic level because a fractal structure is self-similar and scale invariant. That means it looks the same statistically all over, and it means that unless I tell you what the scale bar is, you can’t tell what the magnification is. All the way from where the atoms break to what we see macroscopically, either through a microscope or even with our eyes, it’s the same thing. So that is the key and the real tool in my opinion that we can use to tie everything together, from when the atoms break, the shape, and the geometry that they form, to what we see as a fracture surface. Moreover, the fact that we can relate that back to toughness, gives us the tool to design at the atomic level for things that are macroscopic. That’s why I think it is really important.

How do you go about with this study?

We have to use analytical models that can look at the breaking of bonds from a quantum mechanics viewpoint but that form structures that will give us the macrostructure that we look at. Researches can go either way. We can build up from the atomic level, which will show us how the bonds change, because the bonds don’t just come apart; they actually turn, reform, and regroup, and then form into structure. Once we can look at that either by modeling or by high-resolution microscopy, we can then see how it forms to the macrostructure that we look at.

What tools do you use for these analyses? Are there any computational studies involved? 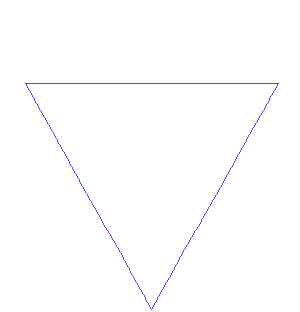 There are several things that are helping the application of fractal geometry. One is the acknowledgement that materials break in a fractal manner. Another is the tools available for modeling at the atomic scale. I guess the leading edge right now of modeling is to link all of that at the different scales. We have tools that can look at the quantum level, as well as tools that can look at the meso and macro levels, like finite element analysis.

The linking between these levels right now is not quite compatible. The next generation is to handshake between the different levels and be able to model the atomic level using quantum mechanics up to the macro level where we can use finite element analysis to get large structures. This field is definitely exciting.

You mentioned that one needs to acknowledge that fracture happens in a fractal manner. Why is that important?

Can you give some applications of such a study and how it benefits the world in general?

The really neat thing about this is that we can apply it at many different levels. We can use it in research to try to understand the fundamental phenomena.

We have also used it in hybrid bearings, which are a combination of metals and ceramics in bearings. For instance, the space shuttle Discovery had hybrid bearings in the liquid oxygen system. The balls in those were silicon nitride and they were quite resistant to wear. But when they did wear, the question was what the mechanism was. The mechanism turned out to be different from metal bearings. Actually it was a microscopic fracture process.

We were able to show by measuring the fractal dimension on the fracture surface of the material and comparing it to what we did in the laboratory, that they had the same fractal dimensions. Among other things, we were able to show that it was a fracture process and we comprehended exactly how it took place. Thereafter, we’re able to know how we should control the outside flaws and the size of the flaws in order to make sure that it doesn’t happen in surface.