Thinking about the origin of life on earth has long driven humans to develop theories to translate those thoughts.

Ancient philosophers like Empedocles and Aristotle, for example, referred to changes occurring in plants and animals.

But it is little known that some Muslim thinkers made the first etchings of evolutionary theory over 500 years before Darwin.

English scientist John William Draper called that medieval Muslim evolutionary theory the Mohammedan Theory of Evolution in his book “History of the Conflict Between Religion and Science”, published in 1874.[1]

Scientists in modern ages put evolution as the change in the heritable traits of biological populations over successive generations.

Evolutionary processes give rise to diversity at every level of biological organisation, including the levels of species, individual organisms, and molecules. The 14th century Muslim Amazigh-Tunisian scientist Ibn Khaldun surpassed Darwinism by 400 years and wrote about it in his book “Al-Muqaddimah”.

He first referred to it in his famous work “Kitab Al-Hayawan” (The Book of Animals).

Al-Jahiz classified animals in a linear series, similar to the ecological pyramid used for the food chain, to approach the theory of natural selection.

He described natural selection, a mechanism that drives evolutionary change, as the struggle for existence, adaptation and animal psychology.

Belgian scientist George Sarton wrote in his book “Introduction to the History of Science” published in 1927 that Al-Jahiz’s “Kitab Al-Hayawan” contains the germs of many later theories: evolution, adaptation and animal psychology.

Mehmet Bayrakdar explains in Salaam.co.uk that Al-Jahiz, in “Kitab Al-Hayawan”, wrote that, “God makes food for some bodies out of some other bodies’ deaths.”

Bayrakdar explains that Al-Jahiz was a proponent of the idea that God Almighty was the progenitor of all mutation and transformation.

He also believed that environmental factors such as food, climate and shelter affected species psychologically and biologically.

According to Al-Jahiz, “inanimate creations”, or unicellular organisms, were elevated to plants, which then evolved to animals.

This indicates that Al-Jahiz believed that transformation of species and mutation was possible as a result of the biological struggle for existence and adaptation[2]. 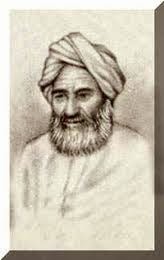 The Medieval Muslim Greek-Persian scientist Al-Khazini understood alchemy in light of the questions raised by Muslim biologists and he believed that Allah the creator owned the cosmic building blocks to diversify His creations in His universe.

In his book “Al-Fauz Al-Asghar” (The Smallest Achievement), he wrote that, “Every animal really originates from a non-animal, for the seminal fluid isn’t itself an animal. This fluid is made of blood and blood of food and food of plants and plants of elements and elements of the simple atoms and these latter of ‘ form’ and ‘matter’.”[3]

Ibn Miskawayh attributed the processes of both creation and evolution to Allah the Creator[4].

Persian scientist Al-Biruni, a contemporary of Ibn Miskawayh, was one of the greatest polymaths to ever live, as he excelled in countless disciplines.

The great Muslim scientist believed that the human race is the foremost among all God’s creatures.[5]

Accordingly, he described his approach to natural selection theory by forbidding people from picking the best plants and encouraging them to pull up the ‘rogues’ that deviate from the proper standard generation in order to generate plants that were in a much more valid and accurate form.

Nowadays we believe that the remarkable diversity of life on earth is due to the cosmic abundance of carbon atoms that can be found in at least 90 million distinguishable carbon-based compounds.

Medieval Muslim Greek-Persian scientist Al-Khazini tried to understand alchemy in light of the questions raised by other Muslim scientists in the field of biology.

In light of that he wrote, “When common people hear from natural philosophers that gold is a body which has attained perfection of maturity, to the goal of completeness, they firmly believe that it is something which has gradually come to that perfection by passing through the forms of all other metallic bodies. So that its gold nature was originally lead, after it became tin, then brass, then silver and finally reached the development of gold; not knowing that the natural philosophers mean, in saying this, only something like what they mean when they speak of man, and attributes to him a completeness and equilibrium in nature and constitution – not that man was once a bull and was changed into an ass, and afterward into a horse, and after that into an ape, and finally became a man.”

Al-Khazini truly believed that Allah the creator owned the cosmic building blocks to diversify His creations in His universe. He wrote about some of his views in his book “The Book of the Balance of Wisdom”.

The 1st century Persian Muslim philosopher Ibn Miskawayh described the theory of evolution and attributed the processes of both creation and evolution to Allah the Creator.

“The world of creation started out from the minerals and progressed, in an ingenious, gradual manner, to plants and animals. The last stage of minerals is connected with the first stage of plants, such as herbs and seedless plants. The last stage of plants, such as palms and vines, is connected with the first stage of animals, such as snails and shellfish which have only the power of touch. The animal world then widens, its species become numerous, and, in a gradual process of creation, it finally leads to man, who is able to think and to reflect.”

Try to identify who said that. Paradoxically, it wasn’t Darwin.

These are the words of the 14th century Muslim Amazigh-Tunisian scientist Ibn Khaldun who surpassed Darwinism by 400 years and wrote the above in his book entitled “Al-Muqaddimah” or (The Introduction).

Recently, astrophysicists have proven the presence of antimatter.

They also found that the only remaining particles in our modern observable universe are ‘matter’, which form all the living and non-living organisms in the cosmos.

This surely means that we are still missing some details related to the theory of evolution. This doesn’t necessarily mean, however, that it’s invalid.

[1] John William Draper. History of the Conflict between Religion and Science. p.188.