Three teams from Turkey and Pakistan won gold and bronze medals at the International Genetically Engineered Machine (iGEM) world championship held in Boston, US on 30 October 2016. The iGEM is an annual, international student competition in synthetic biology.

A group of twelve Pakistani undergraduate biotechnology students won bronze medals. They formed the first team to represent Pakistan since the iGEM was launched 15 years ago.

Three hundred and five teams participated this year from 40 countries across the globe. The Muslim World was represented by nine teams from Turkey, Pakistan, Egypt, the United Arab Emirates and Indonesia.

Teams from the UK, Germany and Taiwan were the competition’s grand prize winners. Teams from Australia and the Netherlands were the first runners up and a team from China was the 2nd runner up. One hundred and twelve gold, 74 silver and 79 bronze medals were also awarded in the competition. 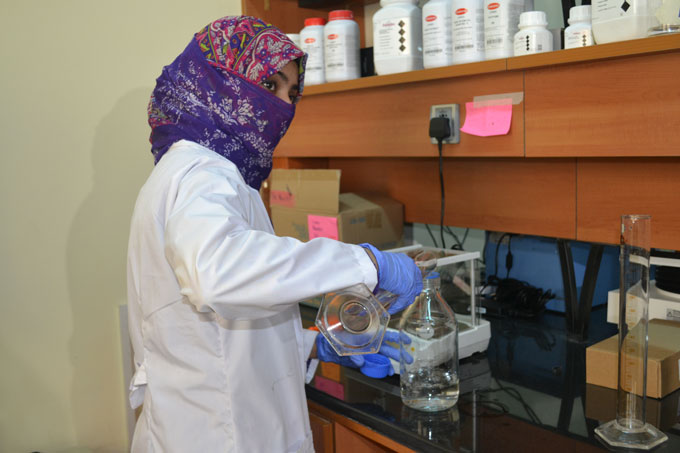 The Pakistani students won bronze for creating a biosensor that identifies gases released in vehicular emissions.

“As biotechnology students, we have learned how to modify the DNA of bacteria. With the help of synthetic biology, my team was able to modify a new genetically engineered bacterium,” says Sara Farooq, a student at the University of Peshawar.

Farooq explained that they used their genetically modified bacterium to fabricate a biosensor that can detect and identify harmful gasses, like carbon monoxide and nitric oxide, in the surrounding atmosphere.

The biosensor detects each gas by assigning it a specific color on a strip of chromoproteins, bacterial proteins that contain natural pigmentation. Their colors change depending on the type of gas molecules that bind to them. 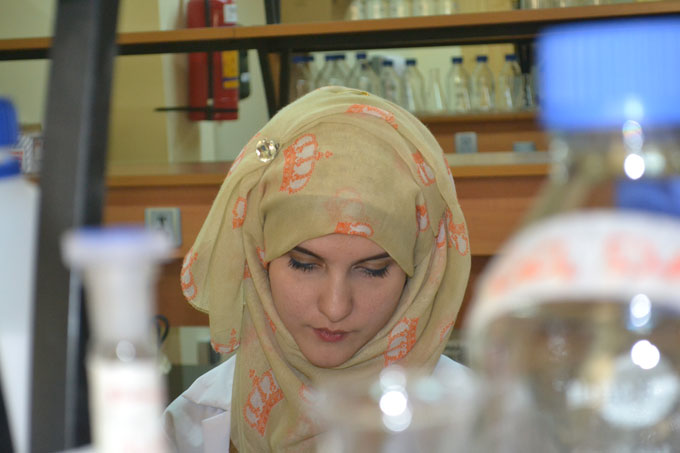 “Almost 6.5 million people have died across the world because of these harmful gasses. In Pakistan, use of outdated vehicles is a common phenomenon and a large number of people in the country’s metropolises suffer from lung diseases because of vehicular emissions. If concerned government departments used these biosensors in big cities, they could easily identify the vehicles that are polluting the environment with dangerous gases,” Farooq explains.

“If we are supported by the government in the future, we can, in principle, create biosensors for other uses, like detecting adulterated milk, toxic metals in drinking water or even temperature-sensing devices,” Farooq says.

Rabia Dawar comes from the war-torn region of Waziristan in Pakistan. She says it is just a stereotype that females can’t perform in the fields of science and technology, stressing that her team included three other girls.

Muhammad Adil Saleem, a research coordinator at the Institute of Integrative Biosciences at Pakistan’s CECOS University of Information Technology and Emerging Sciences, says the provincial government of Khyber Pakhtunkhwa sponsored their biosensor project, while CECOS University provided lab facilities to the students for experiments. 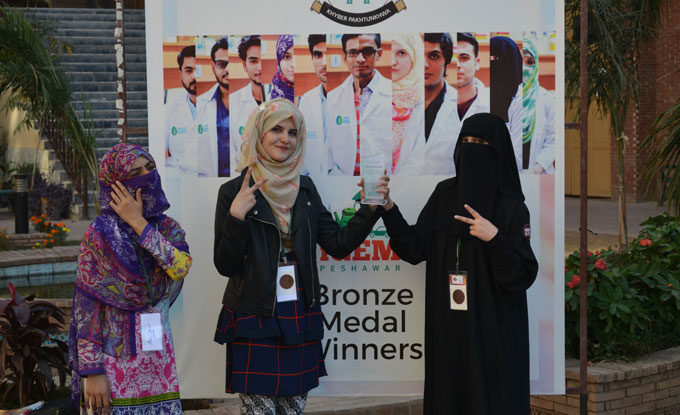 “Despite the lack of resources and hardships in Pakistan, we succeeded in reaching the top. We can do anything in science and technology,” says Saleem.

Saleem says the Muslim World made great contributions in iGEM 2016 and in previous editions of this annual international event of science and technology.

“Currently, America and Europe have command over science and technology. They recruit millions of Muslim scientists while the majority of Muslim countries can’t provide lab facilities to their students. That’s why only a few teams from the Muslim World participate in iGEM,” he says.

“Our Muslim World must invest in education and should establish modern and well-equipped laboratories for its students. We must stop this brain drain.”