Born in Basra, Iraq in 965, he won repute there as a mathematician and engineer. He was invited to move to Cairo, Egypt by the Fatimid Caliph, Al-Hakim.

According to one story Al-Hakim had invited Alhazen because it was believed that the mathematician had a plan for regulating the waters of the Nile.

Charged with the near-impossible task, Alhazen led an army of worker south of Aswan to the place called al-Janadil. Here he expected to see the Nile’s waters descending from higher ground and was disappointed when he discovered they didn’t.

According to a 13th century account, Alhazen feared that the eccentric and unpredictable al-Hakim would punish him for his failure.

To avoid punishment, he pretended to be insane until al-Hakim’s death. He then left the house in which he had been confined and moved to a qubbah (a small domed structure) at the gate of Cairo’s Azhar Mosque.

There he resumed his work as an author and teacher of mathematics. He earned his living by copying a number of basic mathematical works, which included Euclid’s Elements and Ptolemy’sAlmagest. 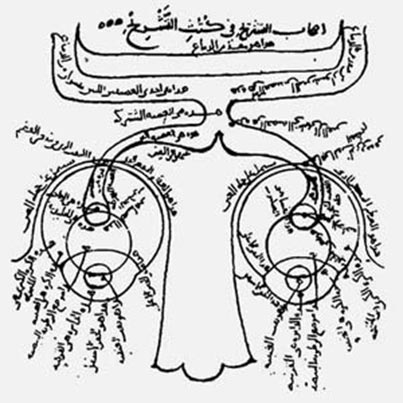 However, Alhazen didn’t stop with translation. He also made original contributions in the fields of optics, astronomy and mathematics, though his writings were eclectic and prolific, covering a broad range of subjects.

Among his achievements were 25 books and essays on mathematics and 45 titles on physical and metaphysical questions.

These include discussions of Euclid, Apollonius and Archimedes, as well as commentaries on the philosophical works of Aristotle and the medical works of Galen.

Alhazen’s most important work, however, is the comprehensive Kitab al-Manazir (The Book of Optics), probably the most thoroughly scientific in method and thought of all medireview works.

In it, Alhazen developed a broad theory that explained vision by using geometry and anatomy. He rejected the theory of Euclid and Ptolemy that vision results from a ray leaving the eye and reaching the object.

Instead he postulated, correctly, that each point on a lighted area or object radiates light rays in every direction, but only one ray from each point strikes the eye perpendicularly, “and is transmitted there by the transparent body [the lens].” The other rays strike at different angles and are not seen. So profound and seminal was this explanation that it led George Sarton to call Alhazen “the greatest Muslim physicist and one the greatest students of optics of all time.”

Other existing works by Alhazen on optical subjects include On the Light of the Moon, which argues that the moon shines like a self-illuminating object though its light is borrowed from the sun; On the Halo and the Rainbow; On Spherical Burning Mirrors; On Paraboloidal Burning Mirrors; and On the Burning Sphere.

In them he noted the effect of the atmosphere in increasing the apparent size of the sun or moon when near the horizon and showed that through atmospheric refraction, the light of the sun reaches us even when the sun is as much as nineteen degrees below the horizon.

Alahzen’s On the Shape of the Eclipse describes the half moon shape of the sun’s image, during eclipses, on the wall opposite a small hole made in the window shutters – the first known mention of the camera obscura, or dark chamber, on which all photography depends. 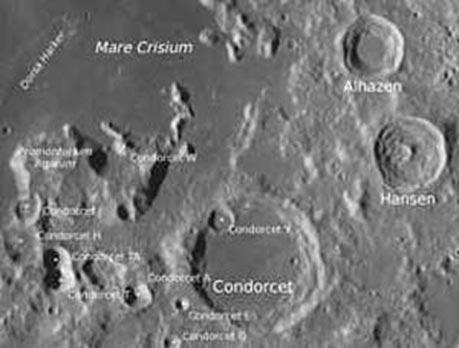 A Lunar Crater named after him by the IAU

While not numbered among the greatest Muslim astronomers, his works show that he had mastered the techniques of Ptolemaic astronomy.

Some of these works also reveal his ability to solve the problems that received attention from Muslim astronomers, such as determining theQiblah (direction of prayer).

His critique of Ptolemaic planetary models, as presented in the Almagestand Planetary Hypotheses, appears to have inspired research that led to their replacement by non-Ptolemaic arrangements in the 13th century Maragha and 14th century Damascus.

Astronomers of the European Renaissance were influenced by his On the Configuration of the World, in which the Ptolemaic planetary theory is described in terms of transparent physical bodies whose combined motions produce the apparent motions of the planets.

Other books by Alhazen address quadrature problems, such as On the Quadrature of the Circle and On Lunes (figures contained between the arcs of two circles).

Additional works deal with the properties of conic sections. There is also a lengthy work on the methods of analysis and synthesis, with illustrative applications to geometry, astronomy and even music.

Alhazen’s influence on European science after his death in 1040 cannot be overlooked. Roger Bacon quotes or refers to him at almost every step in the parts ofOpus maius dealing with optics and Part VI of the work is dependent on the earlier discoveries of Alhazen. Johannes Kepler’s study of light was dependent on his work as well.