Baksan Neutrino Observatory (BNO), Circassia | Out of more than 30 neutrino detectors in the world, Circassia’s BNO is the only neutrino observatory in the Islamic World.
aaa

Deep beneath the Caucasus Mountains near Baksan River lies the Baksan Neutrino Observatory (BNO) in the Circassian Autonomous Republic of Kabardino Balkaria.

BNO is a laboratory administered by the Institute for Nuclear Research (INR) of the Russian Academy of Sciences (RAS) in Kabardino Balkaria, an eastern region in the Muslim country of Circassia, the homeland of millions of Cherkess people who inhabit the North Caucasus’s west.

This sophisticated physics lab was designed during the Soviet era to detect atmospheric neutrinos coming from stars like our sun and from any other cosmic sources. Additionally, it facilitates studying cosmic rays and observes various geophysical phenomena.

Neutrinos are elementary particles, meaning that they don’t consist of any subatomic particles. They barely have any mass, and they interact with forms of matter much more rarely than any other known particles.

Showers of neutrinos stream through us every second as billions of them are safely penetrating your body right now. When they originate in space, they fly gigantic distances almost without any interaction.

These neutrinos can tell about the formation and evolution of the sources that emitted it. Scientists believe that some of the neutrinos reaching us originated during the Big Bang event. Neutrinos can enable cosmologists and physicists to study this faraway initial era of universe.

Circassia is a Muslim country in west Caucasus that was invaded in 1864 by the Russian army after a long resistance by the Circassian nation. The once Muslim-dominated nation still lies under Russian occupation.

Nowadays, after 150 years of massacres and genocides committed against native Circassians, Islam dropped to form between 11.6% and 21.4% of the total population of Circassia according to the governmental Russian 2010 official census.

However, if Circassians who successfully fled to diaspora (4 – 8 millions) returned to their lands, Islam would rise to regain majority by 56% in Circassia (Kabardino Balkaria, Karachay Cherkessia, Adygea Republics, and 15 Circassian regions dissolved in the south Russian Province of Krasnodar Krai.

What Does the BNO Detect?

As Neutrino Oscillations still need more researches, up till now neutrino’s mass isn’t exactly determined because they are related to the frequency of these oscillations among the 3 different neutrino types.

Neutrinos manifest themselves as mysterious particles, they are so abundant in the universe, yet it’s difficult to catch them. In 1962, it was discovered that they have more than one type, or flavor.

Nowadays, the Standard Model, the theory which explains how all known elementary particles interact and are influenced by the different forces in nature, describes only three neutrino flavors, each linked to the electron or one of its two heavier cousins, the Muon and Tau via the Weak Nuclear Force.

Remarkably, a neutrino can switch its flavor, i.e., Electron Neutrino, Muon Neutrino, or Tau Neutrino, through a process called oscillation. SM Theory describes this by three so-called “mixing angles” that show the change of the neutrino from a flavor to another.

A neutrino is produced in a process called Beta decay, it’s a radioactive decay in which a proton transforms into a neutron inside an atomic nucleus with emitting a positron (positive charged electron aka the electron’s antiparticle) and an electron neutrino, the reverse process can also take place when a neutron transforms to a proton, an electron, and electron antineutrino.

Conducting more studies on neutrinos and antineutrinos sheds lights on questions about matter and antimatter, whether they behave in similar ways or not. This can introduce an explanation for the dominance of matter over antimatter after they were formed in equal amounts when the universe began.

Actually this dominance of matter is the reason why the world we see today and both matter and antimatter didn’t annihilate each other transforming everything into light and energy.

BNO vs. Other Neutrino Detectors

In general, there are two ways to study neutrinos, either to detect the cosmic travelling ones, or to produce some of them on Earth in nuclear reactors and physics laboratories.

Producing them can be achieved by accelerating beams of protons toward a piece of graphite or a similar target, which then emits specific types of neutrinos.

Most of neutrino experiments are located deeply underground to shield the detector from cosmic rays or other background radiation.

Experiments at Particle Accelerator laboratories have the advantages of being able to examine both neutrinos and antineutrinos, also the produced beams are more energetic than weakened cosmic ones coming from far distances.

This allows us to fire such beams along huge distances -hundreds or thousands of kilometers- to be detected far from the source, enabling the study of neutrino oscillation.

Examples of neutrino oscillation experiments are Italy’s Gran Sasso National Laboratory and the T2K Tokai to Kamioka Experiment in Japan.

Indirect approaches are used at neutrino observatories to detect neutrinos since the particles themselves are invisibles to our detectors. Scientists infer the neutrino’s presence by the charged particles and flashes of light created when a neutrino hit an atom.

Usually a material called a Scintillator is used for this aim, where these substances exhibit luminosity (scintillation) when their atoms are ionized by the neutrino radiation.

Examples of neutrino observatories are Super-Kamiokande at Japan which uses water as a detection medium, the ANTARES Neutrino Telescope at France which is situated deeply in the Mediterranean Sea, and the new NOvA Detector, under construction in Ash River, Minnesota, which instead of water, uses liquid scintillator—a chemical that flashes as particles pass through—to observe neutrinos fired at the detector from the accelerator of Fermilab. 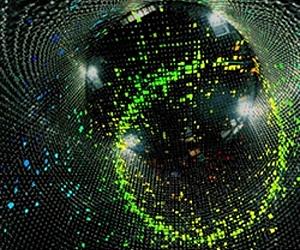 On the other hand, the BNO came into operation in 1973. It was mainly targeted to study various tasks in astrophysics, cosmic rays physics and elementary particle physics.

The first site built in BNO was called Carpet-1, where hundreds of rectangular aluminum scintillation detectors are situated over an area of 200m2.

These detectors are filled by a scintillator liquid, a high-purity kerosene fraction of petroleum, which releases energy when cosmic rays particles pass through.

Later on, eight layers of this Carpet have been added to form the basic layout of what is called the Baksan Underground Scintillation Telescope (BUST), which started to operate in 1978.

One of the most important findings conducted by BUST was in 1987, when it was part of the international group of observatories at the US, Italy, and Japan which registered simultaneously the first and unique -up to today- neutrino flux from outside the solar system.

These neutrinos came from the SN1987A Supernova -stellar explosion- that collapsed in our neighboring Large Magellan Cloud.

In 1998, a new improved Carpet facility (Carpet-2) was built, while nowadays an updated generation of these ground-based Carpet facilities is under construction; (Carpet-3).

Just above BUST laboratories, and vertically on the Andyrchy Mountain, lies a groups of detectors that have the same structure as those of Carpet-2. This facility is known as Andyrchy Array which came into operation in 1998 as well.

All these facilities are devoted to study the different particles within the cosmic ray showers, like the neutrino streams, electrons, photons, muons, hadrons, and even X-rays, and gamma-rays.

These showers come in various energy regions and so need different techniques to be detected, to separate any disturbing background signals, and finally to get pure bursts from the stellar sources.

Furthermore, the Low-Background Laboratories (LBL) represent another kind of these different facilities at BNO, where they aim at detecting extremely rare reactions and decays like the two-neutrino and neutrinoless double-beta decay processes.

These types of reactions can help in understanding the interactions between the neutrino and the antineutrinos, and so as declared before to figure out the nature of the matter and the antimatter.

Thus, alternatively to the other laboratories, LBL should have a higher sensitivity for the separation of any accompanied radioactive background.

The Gallium-Germanium Neutrino Telescope (GGNT) is another laboratory at Circassia’s BNO; it is targeted to measure solar neutrino flux. These kinds of studies carry out information about the Sun like the energy it emits and its nuclear reactions.

The GGNT is situated deeply underground, surrounded by layers of concrete and steel sheets to prevent the effects of the unwanted background noise like muons, neutrons and gamma-rays, and to receive clear streams of the Sun’s neutrinos.

The detection principle of neutrinos at GGNT is rather simple; it uses the fact that when the Gallium interacts with neutrinos it transfers to an excited Germanium isotope and electron, then this excited isotope undergoes chain decays and reactions which can be accounted to calculate the solar neutrino flux.

During its run period from 1990 until 2010, one of GGNT’s main results was measuring the experimental value of the total neutrino flux, which was found to be in good agreement with the one predicted by The Standard Solar Model (SSM).

These results came in consistent with the results of other neutrino observatories like Super-Kamiokande at Japan and Sudbury Neutrino Observatory (SNO) of Canada.

Futuristic & Ambitious Projects at the BNO

It’s worth to mention that BNO also contains various laboratories which study other experimental and phenomenological aspects. One of these facilities is the Optoacoustic GRavitational Antenna (OGRAN).

This detector started to operate in 2013, and it was constructed to detect the bursts of gravity wave radiation generated in relativistic cataclysms in the center of our galaxy. 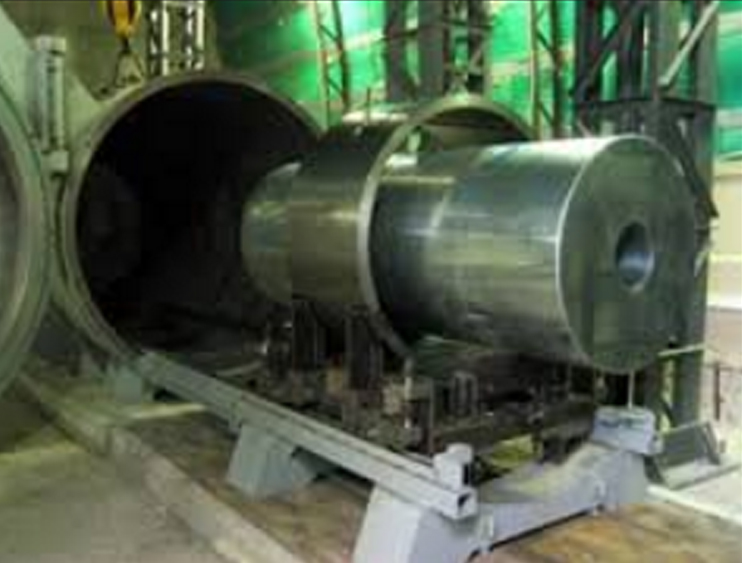 Gravity gradiometry is the study and measurement of variations in the acceleration due to gravity. The gravity gradient is the spatial rate of change of gravitational acceleration.

Examples of the possible sources of the gravitational waves are the binary star systems, and Black Holes. In addition to gravity events, OGRAN also detects neutrino events in association with BUST.

Moreover, BNO also hosts the Underground Complex of Geophysical Facilities which consists of a number of laboratories that carry out various geophysical researches.

This complex is located underground to lower out the vibration and acoustic noises coming from surrounding domestic activities on Earth.

The complex’s laboratories are able to perform many sensitive measurements, like monitoring the seismic activity in the earth crust related to the sleeping volcano Elbrus in Circassia which is at a distance of about 20 km from the site.