Climate Change | The impact of warming on inhabitants of the region, adapted as they are to ice and snow, is likely to be highly destructive.
aaa

As Europeans bask in what is a raw of their warmest seasons on record, it’s almost possible to believe in the beneficence of climate change – even if in the Czech Republic and neighboring Slovakia, it is rousing brown bears out of their hibernation early.

But basking in the glow of global warming is misguided for two fundamental reasons. The first is that it views the effects of rising temperatures from a temperate part of the world, which has room to absorb rises and falls in temperature, rather than from areas with more extreme – and hence more vulnerable – weather systems.

Second, it is absurdly short-termist. The warmer winters of today’s Europe are just the beginning of a centuries’ long process, one that virtually every scientist on record warns will have the same effect on the planetary global system as it is having on Europe’s brown bears.

Shaken out of its own natural cycles, the weather is set to become inexorably hotter, more unpredictable and more destructive as the century progresses.

Africa and the Arctic Under Threat

The dramatic effects of climate change are most clearly evident in areas of the world with more extreme weather conditions. Two regions present graphic illustrations of this: the Arctic and sub-Saharan Africa.

The Arctic and southern Africa are, literally, poles apart, yet the effects of global warming in both regions are already evident, and are set to worsen considerably in the second half of the 21st century, with potentially far reaching effects, both within these areas and for the rest of the world.

The recent Arctic Climate Impact Assessment (ACIA) report, released in November 2004, reveals just how far the Arctic is under threat.

The ACIA report was compiled for the Arctic Council by an international team of 300 researchers, and summarizes four years of research in the region.

The Arctic Council is comprised of the eight nations with Arctic territories: the US, Canada, Denmark, Finland, Iceland, Norway, Russia and Sweden, and the report represents the most comprehensive survey of climate change in the region to date. Its findings make for disturbing reading.

The report confirms that global warming in the Arctic has already had an impact: over the past 50 years, average winter temperatures in Alaska, western Canada, and eastern Russia have risen as much as 4oC. Over the next century, temperatures are projected to rise by up to 7oC.

The report confirms that the northern ice cap is warming at twice the rate of the rest of the world. This is because warming at the northern pole is enhanced by ‘positive feedback’. Where landmass is covered by snow and ice, 80% to 90% of solar radiation is reflected back into space.

The future depends on how quickly we are able to curb further increases in carbon dioxide emissions.

But when these white surfaces disappear, more solar radiation is absorbed by the underlying land or sea as heat. This heat, in turn, melts more snow and ice.

At the same time, the air in the Arctic is much drier than air at lower latitudes, so less energy is used up in evaporating water, leaving more as heat.

Researchers used models developed by the Intergovernmental Panel on Climate Change (ICC) to plot possible effects of such rapid warming, and found the effects are likely to be extensive.

According to the average of the five models used, the Arctic will lose 50 percent to 60 percent of its ice distribution by 2100.

One model predicts that by 2070, the Arctic will be so warm it will no longer have any ice in the summer.

The impact of this warming on the traditional inhabitants of the region, adapted as they are to ice and snow, is likely to be highly destructive.

The retreat of sea ice, the report says, “is very likely to have devastating consequences for polar bears, ice-living seals, and local people for whom these animals are a primary food source.”

Moreover, increases in glacial melt and river runoff add more water to the oceans, raising sea levels and possibly slowing the currents that bring heat from the tropics to the poles.

Calculations by scientists at the Hadley Centre indicate that rapid Arctic warming of less than 3oC could start a runaway melting of the Greenland ice sheet that will eventually raise sea levels worldwide by seven meters.

The report also highlights potentially devastating problems associated with the release of methane and carbon dioxide as permafrost thaws and tundra decomposes.

Methane is a highly potent greenhouse gas, and there is enough methane locked up in the Siberian tundra to raise global temperatures to unsustainable levels.

Moreover, many African countries are the poorest in the world; hence their capacity to marshal resources to monitor and mitigate the effects of climate change is minimal.

As a result, agricultural production and biodiversity are likely to suffer major consequences as the effects of global warming gather pace on the continent.

The temperature across Africa has risen by approximately 0.7oC over the twentieth century. Yet the rate of this increase is set to rise rapidly; climate change scenarios for Africa indicate future warming across the continent ranging from 0.2°C (0.36°F) per decade to more than 0.5°C (0.9°F) per decade.

Sea levels are also projected to rise by 15 to 95 centimeters (6 to 37 inches) by 2100. Although Africa is typified by a series of microclimates, with the particular effects of climate change variable and unpredictable, general trends indicate less rainfall, greater aridity, increased desertification and greater vulnerability to drought.

The impacts of these changes will be felt most powerfully in the agricultural sector. Agriculture in low latitude developing countries is especially vulnerable to climate change for two reasons.

The first is because the climates of many of these countries are already too hot, so increased warming will have an adverse effect on crop productivity.

The second is because agriculture and agro-ecological systems are the most important economic sectors in most African countries, providing the livelihood of up to 70 percent of the population.

Moreover, much agriculture is not capital and technology intensive, which means there is little capacity to adapt to climatic changes when they do occur.

As a result, food security, already highly vulnerable across large parts of the continent, will become even more insecure as temperatures rise.

The human population of Africa isn’t the only one vulnerable to temperature increases. Africa contains around one fifth of the world’s plant, animal and bird species.

Many animals are under threat as their traditional habitats are likely to become eroded under the impact of climate change.

Concentrations of plant biodiversity, such as the Cape Floral Kingdom, are also threatened by changes in rainfall, and both plants and animals will need migratory ‘corridors’ to allow them to escape should localised habitats become too degraded.

Unfortunately, not nearly enough research has been undertaken on the impact of climate change for the human, animal or plant populations of Africa.

At the same time, capacity to manage and extend conservation schemes, or to utilize alternative technologies capable of mitigating or harnessing climatic changes, remain underdeveloped.

The impact of global warming will therefore have further effects, as massive exploitation of landscapes is likely to occur as conditions across the continent deteriorate.

The amount of carbon dioxide now in the atmosphere as a result of a century or more of industrialization means that global warming will continue through the twenty first century, even if all CO2 emissions ceased overnight.

But the future for the world’s most precious and vulnerable habitats critically depends on how far, and how quickly, we are able to curb further increases in CO2 emissions.

If we continue to consume fossil fuels at our current rate, the future for the people, the animals, and indeed for the planet itself looks bleak.

If we act decisively, the ecological fabric of the planet will have a chance to adapt and survive. 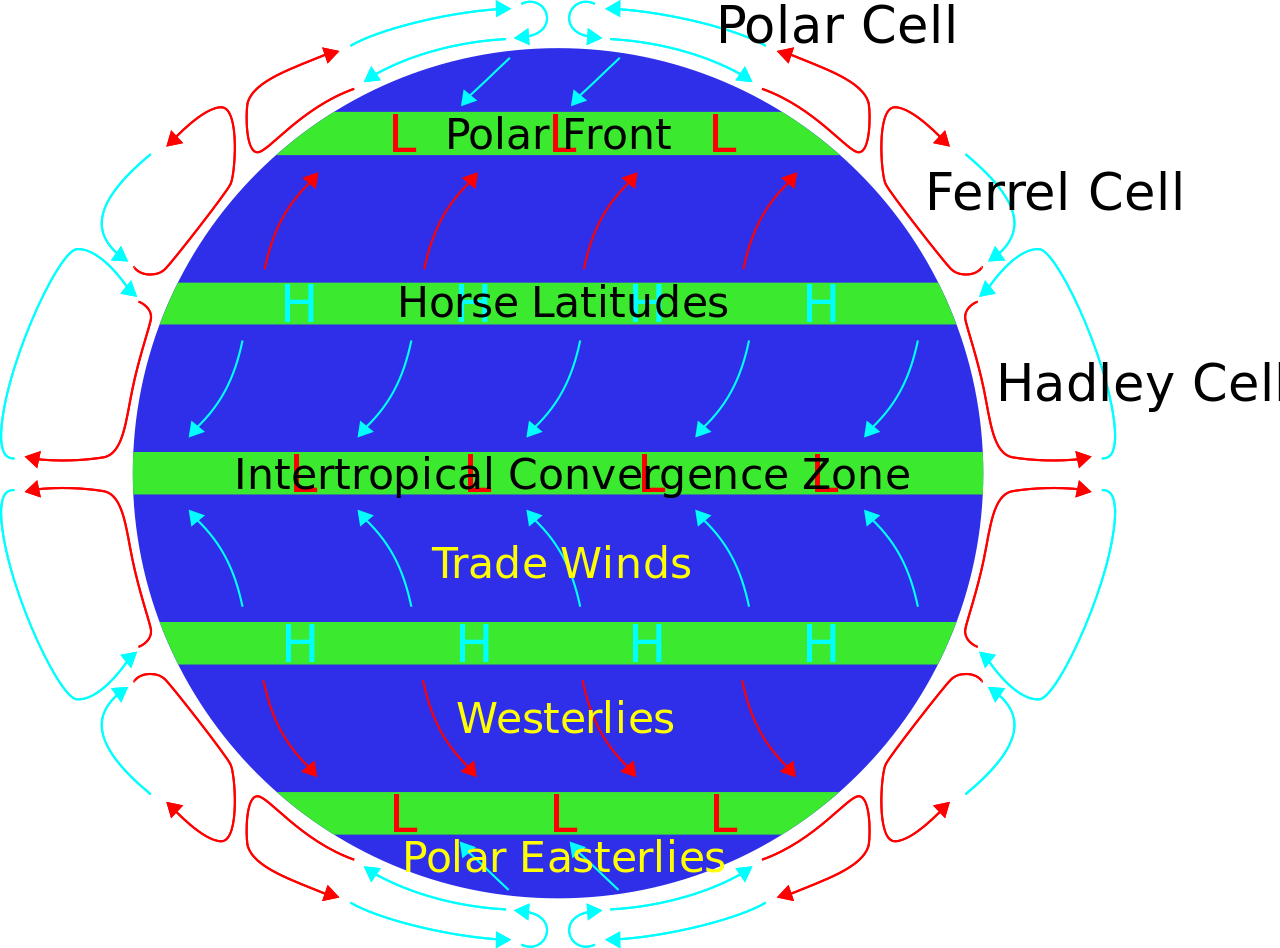 Exactly the same is true of the Arctic, and indeed of the whole world. Life on earth itself may depend on whether we have wisdom to understand and respond effectively to this challenge.

This article was first published in 2002 and is currently republished for its relevance.
We use cookies on our website to give you the most relevant experience by remembering your preferences and repeat visits. By clicking “Accept”, you consent to the use of ALL the cookies.
Cookie settingsACCEPT
Manage consent