UK's gardens contribute to 25% of the urban areas in many cities and often represent nearly half of urban green space.
aaa

Home gardens were once an indispensable element of the British urban residential streets. Yet these tiny private enclaves of greenery are under the threat of disappearing.

The problem has even raised the attention of the parliament since February 2009 and as a result the Protection of Garden Land Bill has been drafted by the House of Commons.

So what’s all the fuss about?

Is it only the question of green aesthetics that’s driving the ‘anti-garden grabbing’ campaign? And just why are the home gardens disappearing?

According to the Royal Horticultural Society (RHS) and its publication ‘Gardening Matters: Urban Gardens’, urban domestic gardens in the UK contribute to around 25% of the total urban area in many British cities and often represent nearly half of urban green space.

Based on RHS’s report, domestic gardens contain approximately 25% of the total non-forest and woodland trees and can contribute to as much as 86% of the total urban tree stock.

The obvious benefits of home gardens are the personal pleasure of the garden owners and improved aesthetics of the residential areas.

But the results of that report conducted by RHS  and the Universities of Reading and Sheffield point out to more profound impact that gardens have over British cities and city-dwellers. 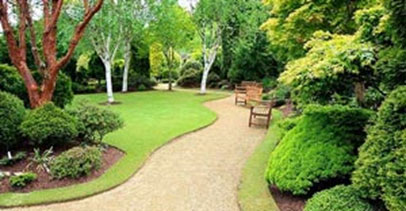 RHS showed that as it turns out, domestic gardens are effective in moderating the temperature in the cities: the plants and trees help cool the air in summers, combating dangerous temperatures caused by heat waves; and trees and hedges can provide shelter and insulation in winter bringing down the costs of heating and energy consumption. Garden plants and trees also improve the quality of air through carbon absorption.

The report assures that urban gardens play an important role in flood prevention in the cities as garden plants and trees intercept intense rain, slowing runoff and so reducing the pressure on urban drains.

It is known that tree root systems in particular allow rainwater to seep into the ground rather quickly. Also, the soil in gardens naturally absorbs rainwater, reducing the risk of flooding.

Dr. Rizwan Nawaz, a researcher at the University of Leeds, who has studied the extent and impact of hard-surfacing domestic gardens in West Yorkshire says that urban gardens provide a haven for a wide range of flora and fauna within urban areas. The urban garden is generally not believed to be exceptional in its species richness, yet surprisingly, it has higher plant diversity than is found in the Amazon rainforest! 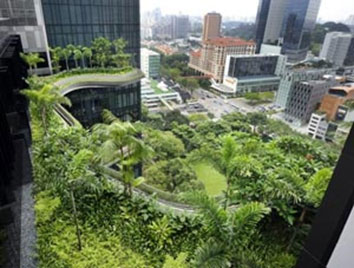 Home gardens, regardless of their individual size create a network for urban ecosystem and support a substantial range of wildlife. The report of RHS found that some animal species are now more common in cities, and particularly domestic gardens, than in rural areas.

According to the results of studies conducted by the College of Environment, University of Washington, and University of Exeter Medical School, contact with green spaces is very beneficial for mental health.

Another research conducted in Britain shows that the residents of urban areas with greater amounts of greenery show less mental distress and their wellbeing and life satisfaction are significantly higher.

Creating a vegetable patch in the back garden is also a great way to improve your diet and supply your kitchen with some fresh and healthy home-grown green produce.

Growing in the front garden can bring particular social benefits, as the Back to Front project in Leeds has shown, front garden growing encourages greater neighbor interaction.

Given that gardens are so important to our wellbeing and that they significantly improve the quality of city life, why are they under threat of disappearance, and is there enough being done to protect them? 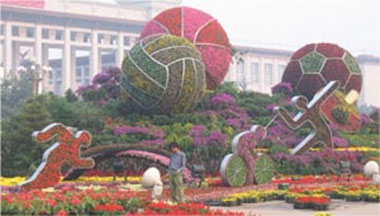 According to professor Nawaz, RHS’s report and the UK government, the most important factors driving the loss of garden space include increased car ownership and difficulty of on-street parking, resulting in paving over the front gardens to create parking space.

A fashion for low-maintenance minimalist landscape is another reason, as having a pavement in front of the house does not require any work in keeping it up.

Fear of car crime or robbery while walking from the car to the house has also been cited as a reason to park on front gardens.

The back-garden space is shrinking due to construction of sheds, patios and conservatories. And in sought after locations the large back gardens are attractive prospects for ‘money grabbing’ developers who turn them into building plots, thus reducing the garden area and congesting the space.

The disappearance of the garden space is not exclusively a British problem. In Australia the suburbia are getting more and more congested and in the newly built residential areas of many cities there are simply no back gardens to be found.

Professor Tony Hall from the Griffith University, Brisbane, asks ‘Where have all the gardens gone?’ in a research paper subtitled ‘An investigation into the disappearance of back yards in the Australian suburb’ published by Urban Research Program.

The study found that within the past decades private amenity space has largely disappeared from the rear of suburban houses in Australia and the reason for that is primarily the increased plot coverage by the house.

As we can read in the publication: “Whatever the size of plot, the dwelling now extends over nearly the whole area except where a front set-back is required. It is a feature of low-cost housing which provides extensive floor area but not high standards of amenity and lifestyle”.

The result of this trend in house-building is the transformation of the Australian suburban landscape of all major cities, with the exception of Adelaide, from that of big gardens with trees into more congested car-centered urban residential area.

This trend represents a loss that has serious ecological implications, such as loss of biodiversity, effect on microclimate, including shade in hot weather, and absorption of run-off in wet weather. It also raises important questions about lifestyles changing to the worse. 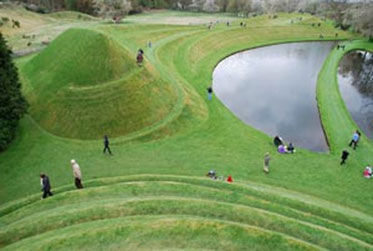 Britain is known as a country of garden-lovers and there are many initiatives and campaigns raising awareness of the importance of gardens and promoting access to green spaces. Britain is also one of the few countries who monitor and protect the urban garden space to certain degree.

Data from other countries, except Australia, is largely unavailable. Yet my personal experience of living in the suburbs of Islamabad, Pakistan, shows that creating garden space or even communal green areas in the growing suburbs of the city is not given much thought by the developers.

The outskirts of Islamabad developed into residential ‘societies’ by private entrepreneurs are very congested, with houses standing wall to wall next to each other. Also the need to accommodate cars with fear of them being stolen if parked on the street during night is another reason why there are no gardens in the ‘green city’.

There are no studies showing the impact of the architecture of such suburbia on the quality of life and wellbeing of the residents, but some consequences are easily noticeable, such as the problem of drainage and flooding of the roads during monsoon season.

Nawaz reminds us that gardens in both symbolic and literal sense are very important in Islam. He finds it shockingly surprising that domestic gardens in some areas are disappearing quickly, particularly amongst Muslim communities. “The Gardens of Paradise are mentioned over 100 times in the Qur’an so really Muslims should be ones most enthusiastic about conserving gardens” he says.