The Entomology department at the University of Illinois at Urbana-Champaign (UIUC) has been buzzing about bees for a long time. Recently, UIUC researchers and the U.S.

Department of Agriculture discovered a clue that may help in understanding the reason behind the phenomenon of the disappearing bees, also known as Colony Collapse Disorder (CCD).

Seventy percent of honey bees in the United States have been afflicted by Colony Collapse Disorder (CCD). This disorder occurs when the bees seemingly disappear from the hive, leaving behind the hive, pollen, larvae and honey with a few dead bees found around the hive.

UIUC researchers analyzed the guts of bees from CCD colonies on both east and west coasts of the United States as well as from healthy bees. The study revealed that within the gut of the CCD bees were fragments of what is known as ribosomal RNA. The presence of ribosomal RNA is an indicator of damage that has occurred to the ribosomes of the bees. So what does this all mean? 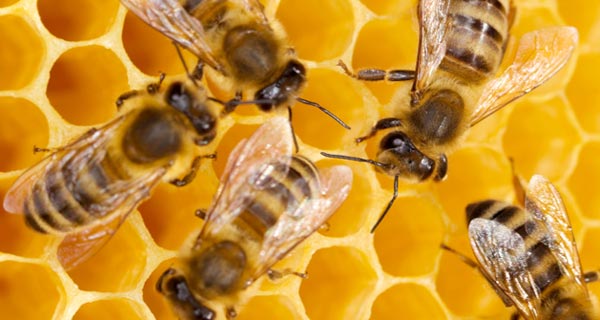 Ribosomes are essentially the protein makers of the body’s cells. Damage to the ribosomes will damage the functioning, development and survival of any living thing since protein is vital to life.

According to Berenbaum, “These viruses hijack the ribosomes and reprogram them to manufacture viral proteins instead of bee proteins.”

The picorna-like viruses are a family of insect infesting viruses. Multiple attacks to a bee by these viruses would weaken a bees’ ability to fight off other stresses caused by other factors such as pesticides, nutrition or other pathogens. 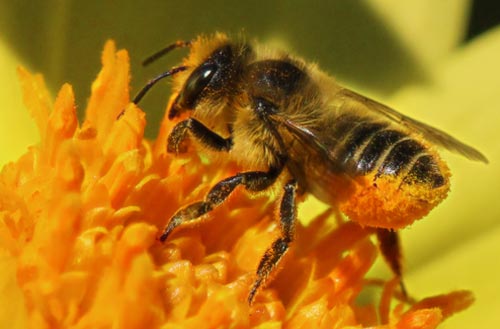 Much speculation on CCD exists, but researchers have not pinpointed the exact cause. This becomes a major problem on many levels.

Pollination of crops is radically affected when a vital link to the food chain is on the verge of disintegration. This impacts not only the commercial honey producers but the agricultural community as well.

For example, one fifth of the world’s blueberries come from an area in Canada called Fraser Valley which no longer has enough bees to support its blueberry pollination. Therefore, bees must now be imported.

The decline of the honey bee is not just a problem for the United States, but for the entire world. Bees have also left one area in China’s Sichuan province and this has lead to the need of farmers to take up hand pollinating, a method that is extremely labor intensive and which cannot be compared to the free service that the bees used to provide.

A single hive can pollinate approximately three million flowers in one day, while a human can only pollinate up to about 30 trees a day. If the United States experienced such an agricultural crisis, the cost of hand pollination would be about US$90 billion!

In March 2007, Berenbaum told CNN that “if honeybees’ numbers continued to decline at the rates documented from 1989 to 1996, managed honeybees will cease to exist in the United States by 2035.”

Importing bees can’t be the solution, especially when CCD is occurring all over the world. The food supply chain is being damaged everywhere and must be repaired as soon as possible.

CCD has been blamed on mites, parasites, fungi and pesticides. It has also been found that bees may be suffering from a weakened immune system. Pesticides for one have been linked to a loss of appetite, disorientation and memory loss in bees and also impact their ability to learn.

The pollen in the hive, in turn, is shown to be loaded with pesticides. Pesticides alone however are not the problem. The UIUC researchers did not observe elevated expression of the pesticide response and therefore, pesticides were not considered as suspect.

Many organic honey beekeepers providing pesticide free environments are also reporting CCD. Overall, research indicates bee health is very poor and when combined with poor health, a virus attack may be the “perfect storm” for creating such a disorder.

Leaving the bees to the researchers and beekeepers of the world is not an efficient way of handling the problem. First and foremost, passing on the information about this global matter is crucial to the bees’ survival.

United States First Lady Michelle Obama made history this past March by adding an organic garden on the South Lawn of the White House, but also a beehive which reportedly has produced over 100 pounds of honey.

Adding a beehive to your garden may not be as easy for you as it is for Michelle Obama, however you can inform others of this growing problem, purchase local honey and donate to the many organizations that fund research. Also, teaching your children about the value of the bee and other pollinators will help instill appreciation and concern for the environment.