Soft Drinks | Aspartame is a highly addictive substance, which takes a huge effort to overcome.
aaa

Aspartame (As-par-teem) is an artificial sweetener, created by agriculture super giant Monsanto Inc. To some it is an alternative to sugar.

Those wishing to shed a few pounds often switch to Aspartame products hoping to see the difference around their waist.

Aspartame is closely associated with diet soft drinks, but has moved into an abundance of dry food products, vitamins and even chewing gum.

Studies support the fact that Aspartame is a harmful substance, and further evidence suggests those who use it are susceptible to an array of damaging symptoms and even weight gain.

According to Betty Martini of Mission Possible International, an organization geared to educating the public on the threats of Aspartame, “When the temperature of Aspartame exceeds 86 degrees Fahrenheit, the wood alcohol coverts to formaldehyde, and then to formic acid.”

It’s due to this process that the system becomes toxic. Daily and long-term consumption of Aspartame can mirror symptoms of muscular sclerosis and systemic lupus .

Many researchers say it is hard for the consumer to link their symptoms to Aspartame. A person who may suffer from headaches and then begins to suffer from insomnia, may simply believe their condition is getting worse, and is most likely related to a larger problem or disease.

Upon going to the doctor, the patient will relay a batch of symptoms that the doctor will interpret and run appropriate testing for, but will most likely miss the underlying predator Aspartame as the true cause.

Lee Falk from Vital Nutrients, a leading vitamin manufacturer in the US, states, “I was suffering from lower back pain for over a year, and consulted many doctors who could not determine what was wrong with me.

Finally, on the suggestion of a friend, I discontinued use of an ice tea that contained Aspartame. The pain went away immediately.” Lee explains that although it was hard to give up her “favorite” drink, it was well worth it. She, like many others, are looking at labels before they purchase a product.

Not only is Aspartame a threat to one’s health, it also shows evidence of promoting weight gain, which is a direct contradiction to what the product boasts.

According to Michael Murry, N.D. and Joseph Pizzorno, N.D., authors of the acclaimed Encyclopedia of Natural Medicine, “studies have shown Aspartame to increase the appetite.”

They suggest a regular addition of fruit in one’s diet, which can “control sugar cravings and promote weight loss in overweight individuals.”

Dr. Sandra Cabot, a specialist of the function of the liver for over 23 years, stands by the opinion that Aspartame causes weight gain.

“After having been consulted by thousands of overweight people suffering with problems concerning the liver and/or metabolism, I can assure you that Aspartame will not help you in any way, indeed it will help you to gain unwanted weight.”

Dr. Cabot concludes it is the liver that “breaks down Aspartame to its toxic components.” This process puts stress on the liver. “The liver cells will have less energy for fat burning and metabolism, which will result in fat storing.”

She further explains that the fat “builds inside the liver,” and causes a “fatty liver.” It is at this point that it becomes “difficult to lose the weight.”

Among other things, the liver is responsible for the proper function of the gynecological system. John Lust, N.D. and Michael Tierra, C.A., N.D., write in their book “The Natural Remedy Bible, “any menstrual disorder almost invariably involves the liver malfunction.”

Women who intake Aspartame regularly and suffer from menstrual disorders including endometreosis, may consider discontinuing products which contain Aspartame.

What do Supporters Say? 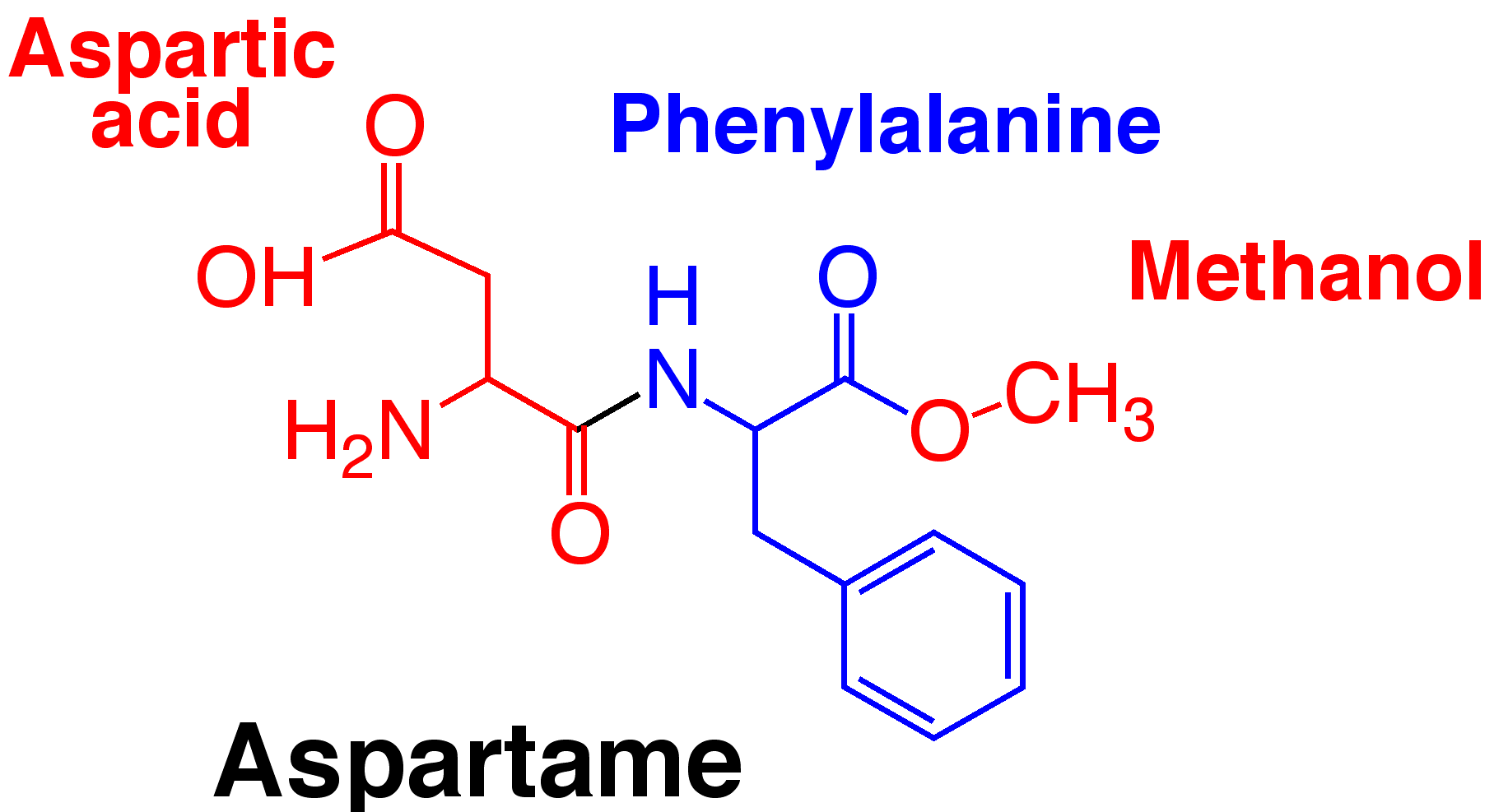 The Aspartame originator Monsanto Inc., who brought Nutrasweet (Aspartame) to the market in 1985 claims, “aspartame is safe” and “may cause allergic reactions in some individuals.”

One opinion is that “Aspartame manufacture-sponsored studies are designed in a way as to avoid the possibilities of finding adverse effects.”

Monsanto is also known as the number one producer and supporter of Bio-Tech foods. Labeled “Frankenfoods,” Monsanto’s bio-engineered seeds are ruining the very landscape of the world.

What Can You Do?

Most people notice immediate relief of their symptoms when they discontinue using Aspartame. “It often takes at least sixty days without Aspartame to see a significant improvement.” The first line of defense is education. Read labels before you purchase products.

Be familiar with sister names of Aspartame, like Nutrasweet, Equal, Spoonful, Canderal, acesulfame-k, sunette, and L-Aspartyl-L-Phenylalanine Methyl Ester. Look for natural sugar substitutes like stevia, which derives from a wild plant.

“Aspartame destroys the nervous system, the brain and the optic nerve, and ravages every organ in the body,” says Bettie Martini. All one needs to do is stop using it to reap the benefits.

Always Look on the Bright Side of Things

For some, Aspartame is a highly addictive substance, which takes a huge effort to overcome. For others, the lack of Aspartame-free products may be hard to come by. When in doubt go natural.

Revert to a higher consumption of water and natural products like fruit and vegetables. As Henry David Thoreau said, “Nature is doing her best each moment to make us well. She exists for no other end. Do not resist. With the least inclination to be well, we shouldn’t be sick.”

For those who are suffering from Apartame-related illness, and would like more information on how to report them, or is in need of support see: The Aspartame Victims Support Group.

(2) For the complete FDA list of symptoms attributed to Aspartame use see:www.dorway.com/badnews.html#symptoms.

(3) Gold, Mark D.- “Opinion of the European Commission, Scientific Committee on Food: Update on the Safety of Aspartame/ E951” February 3, 2002

Editor’s Note: This article was first published in 2002 and is currently published for its importance.