Premenstrual Syndrome | PMS is known to be associated in some extreme cases with increased incidences of anti-social behavior, accidents, illnesses, and psychiatric crises.
aaa

Premenstrual tension, more commonly known as Premenstrual Syndrome (PMS), is known to be the bane of the lives of many busy women. It doesn’t have to be that way.

Differing approaches can make naturally occuring processes in the body more tolerable if we take the time to see what our bodies are telling us. Our bodies aren’t machines, but organic entities that require nutritional consideration and, at times of disease, actions that can bring our bodies back into balance.

More Than Just a Nuisance

PMS is known to be associated in some extreme cases with increased incidences of anti-social behavior, accidents, illnesses, and psychiatric crises. Drops in standards at school, forgetfulness and decreased punctuality are also known to occur.

When looking at our lifestyles, we must include patterns of food consumption as possible contributory factors. Researchers have found that PMS patients consume 62% more refined carbohydrates, 275% more sugar, 79% more dairy products, 78% more sodium, 77% less manganese, 53% less iron and 52% less zinc than women who are free of symptoms (Lockie & Geddes p.68).

Patterns of food consumption must be taken into consideration.

The increased consumption of meat, poultry and their products that have been nurtured on hormones creates cumulative deposits within our bodies. Those hormones include the sex hormones progesterone, testosterone and estrogen.

Introduced this way into our bodies they can lead to obesity, infertility, diabetes, dwarfism, gigantism, kidney disease, hypertension, early puberty, hypoglycemia, the masculinzation of females and cancer. They can also cause abortions, change the menstrual cycle and cause excessive breast and uterus tenderness (Colbin p.163,164).

One woman who visited nutritionist Annemarie Colbin complained of painful swelling of the breasts due to PMS. Annemarie recommended that the woman cease taking her daily quart of milk.

After a month there was a difference. After five months the soreness had stopped and only returned after the woman had eaten some cheese and ice cream. Annemarie Colbin recommends

For those of us who might find the task more difficult, there are self-help approaches that can be made. As a step towards eliminating the causes, naturopaths recommend a high fiber diet, low fat, increased vegetable proteins, fruit and whole grains. They also recommend a diet high in calcium and iodine as that found in beans, leafy greens, alfalfa and kelp (Stein p.256, 257).

A medicinal tree renowned of old for helping women through the menopause is the chaste tree also known as Vitex Agnus or in Arabic as bengenkusht, kef maryam or habb el-faqad (Manniche p.155). Recent studies have found it to be effective in PMS and even in reducing acne associated with PMS.

The dark berries imitate the action of the female hormones estrogen and progesterone. It acts on the pituitary gland and balances the ovarian hormones by increasing the level of progesterone in relation to estrogen. Consequentially, this regulates the menstrual cycle thus alleviating PMS symptoms.

In the 1987 trials of Exeter University and Gerard House (UK) led by statistician Susan Turner, 600 women who had a suitable range of symptoms were selected (Mills p.32). Utilizing the double-blind method, there were good results for 3 categories of PMS sufferers:- 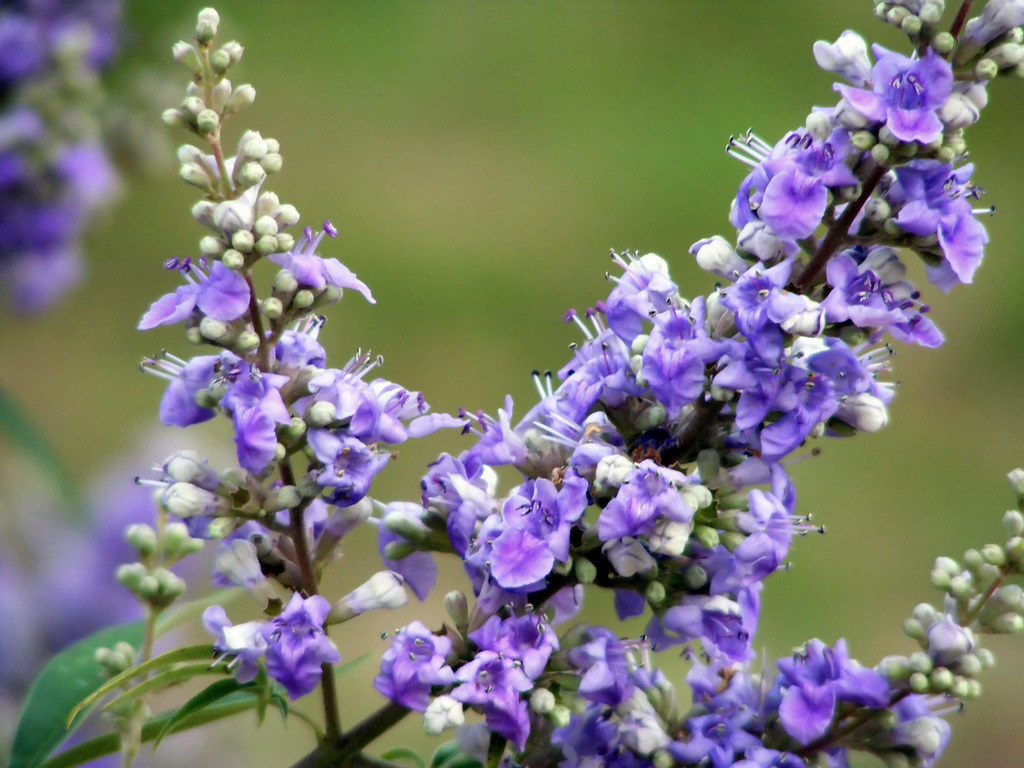 In the German authorities’ listing of chaste tree (Bundesanzeiger Nummer 90, vomm 15,05,85) no contraindications are listed. However, under ‘Side-Effects’ chaste tree occasionally causes menstruation to start earlier after childbirth due to its action on the pituitary gland (Mills p.34).

An infusion can be taken by pouring a cup of boiling hot water on 1 teaspoon of the ripe berries. Leave to infuse for 10-15 minutes. Drink 3 times daily. It is also available as a tincture whereby 1-2 ml can be taken 3 times daily (Hoffman p.185).