In a research that could be applied to better understand and treat diabetes in human beings, scientists at Stanford University have made a breakthrough in learning the regulatory control of the production of the insulin hormone using the tiny fruit fly.

Researchers uncovered sections of DNA, which are responsible for a number of biological processes in humans, worms and flies.

“This data provide a rich opportunity to interfere with key processes in worm and fly development, thus may indicate potential therapeutic and prevention strategies,” said Professor Carlos L. Araya from the Department of Genetics at Stanford University.

Prior to this development, it had been difficult to measure the amounts of circulating insulin in diabetic sufferers, which was impeding therapeutic and prevention strategies of the disease, scientists say.

Professor Araya said that their goals were to learn the rules of how genes control biological processes, which can help in understanding and treating diseases like diabetes.

Insulin is used by almost all animals to regulate metabolism, growth and development. Diabetes in humans occurs when the pancreas fails to produce enough insulin or the cells of the body fail to respond to the insulin produced.

Last year, the World Health Organisation (WHO) estimated that over 382 million people globally were suffering from diabetes, and this number is expected to rise to 592 million by 2035. It is also the eighth leading cause of death worldwide.

Fruit flies, although with small amounts of blood, are premier organisms that have provided remarkably important foundations for much of what is known about human biology and diseases.

In fact, scientists say they have long found that fruit flies develop a ‘diabetes-like’ condition when their insulin producing cells are destroyed.

Armed with this knowledge, scientists at the Department of Genetics at Stanford University used fruit flies to develop a technique that could help researchers understand how genes work to control body process.

In the two studies, one by Boyle et al. the researchers established the basic, structural properties of gene regulatory networks across multi-cellular organisms.

A Genetic Regulatory Network (GRN) is a collection of DNA segments in a cell which interact with each other indirectly (through their RNA and protein expression products) and with other substances in the cell to govern the gene expression levels of the messenger RNA (mRNA) and proteins.

Gene expression is the process by which information from a gene is used in the synthesis of a functional gene product via proteins or RNA. 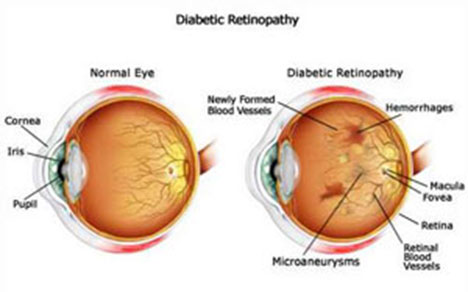 While in the Araya et al. study, they yielded a first spatiotemporal map of regulatory in a multi-cellular organism.

According to a publication ScienceDaily, the scientists’ new technique uses a chemical tag to label an insulin-like peptide called Ilp2 in fruit flies.

Using this technique, the researchers were able to quickly identify what a mutation associated with type-2 diabetes in humans actually does: It regulates insulin secretion, but not production.

Dr. Daniel Semakula, a researcher at Makerere University College of Health Sciences in Kampala, Uganda believes this study gives promising results, yet it is difficult to know how the findings done in these organisms would apply in the human context.

“We would need to replicate similar processes in humans for this technique to become useful for diabetic control in humans.”

This article was first published in 2015 and is currently republished for its importance.