This is the final chapter of the Quran and it is the second in a pair of chapters that were revealed at the same time.

These six short verses and the previous chapter together are the ‘chapters of refuge’.

Both the final two chapters are used as invocations against evil.

The evils mentioned in the previous chapter are those that are out of our control. However, in this chapter, the evils are such that we are liable for them ourselves, thus to a certain extent, these are the greater evils.

The final chapter begins with the same word as the two chapters before it.  That word is ‘say’ or in the Arabic language Qul.

There are many authentic traditions from Prophet Muhammad and his companions that recommend saying the final three chapters when seeking God’s protection throughout the day or the night.

Thus in chapter 114, God says, when you seek refuge in Me say these words.

God is telling us to humble ourselves and ask Him for help.  The word say is a command.  Seek refuge, God says, in Me, the Lord, Master, and Protector of all the people, of all humankind.

Seek refuge in the King, or Ruler of all the people. Here, God is saying that He is the One with all the authority, therefore go straight to Him. There is no need for an intercessor or a person who can only solve a little bit of the problem. Go straight to the top.

People tend to leave seeking the protection of God until the very last resort. That is not the way God intended. He is saying to us that He is the source of all protection and He is your first and only line of defense.  He is the Master, the King and the God of all humankind.  Seek your refuge with Him. God alone is the One who has all control, the only Ruler and the only Deity; there is no one apart from Him in which to seek refuge. Ask Him.

In the first three verses, God mentions three of His attributes, the Lord, the King and the God (or Deity).  The word Nas meaning all of the people, is also mentioned three times, this contributes to the rhythm of the chapter, stressing each point.

This powerful and rhythmic chapter is a reminder to those of us who forget that God is our only refuge.

In addition to this, God has given Satan the power to make people forgetful.  Therefore God commands us to seek refuge in Him and then tells us who we are seeking refuge from.

God tells us quite clearly the identity of this slinking whisperer.  Satan is the one who is continually performing his role.  He is obsessed with it and will not stop.

We therefore need to be on our guard and ever vigilant because Satan will not cease his whispering and he is sneaky. He operates secretly, hidden away, whispering into the dark, and the dark recesses of our minds.

We have however been warned; we know that the only way to overpower this threat is to seek refuge with God. This is a most powerful weapon. The only way to defeat Satan is to remember God and know that it is our faith that will strike down this whispering threat.

Describing Satan as slinking is very significant because it indicates the intrinsic feebleness of Satan. He meekly withdraws when he is openly confronted. 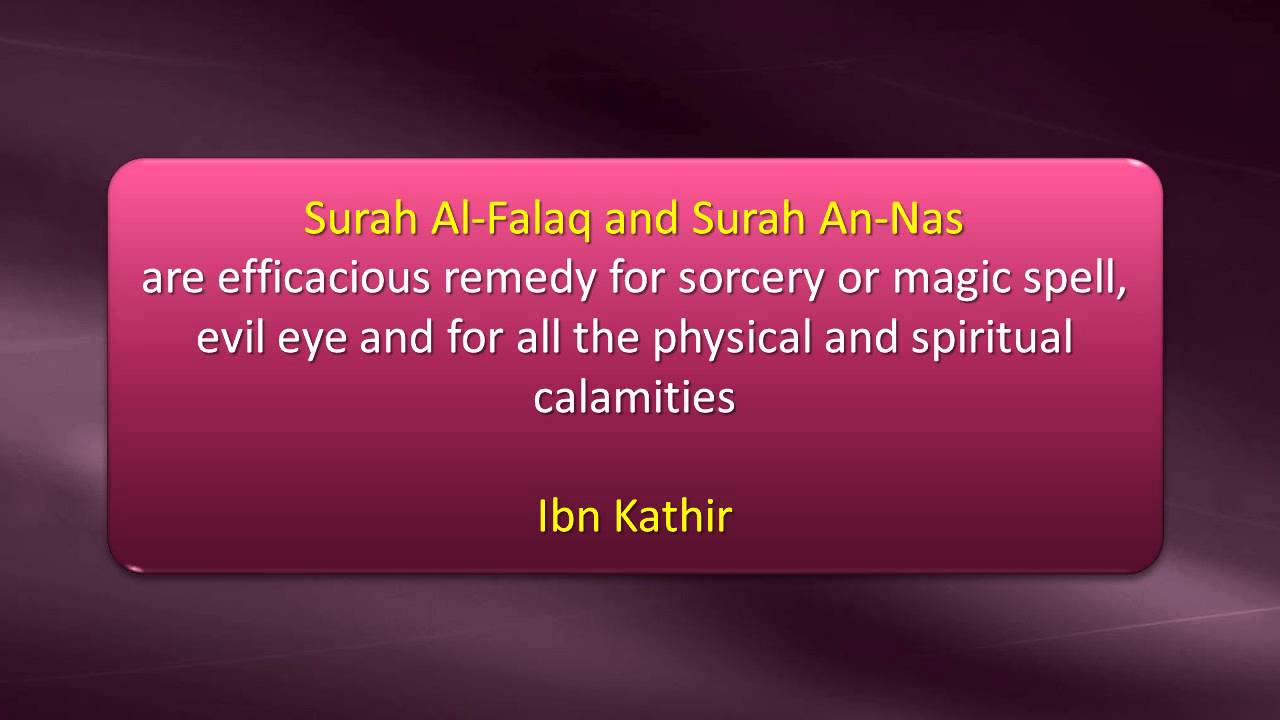 Satan places himself close to the heart of the believer and whispers, but when the believer remembers God and seeks His protection, Satan steps back, he retreats. Satan can also transfer this task of distracting and whispering to others.

God tells us in the last verse that evil whispering can come from people as well as Satan and his ilk. The harmful thoughts, suggestions and whispers need not always be Satan; they can come through other people, other jinn and from evil circumstances that might commonly surround us.

Thus this chapter not only protects us from the whispers of Satan, but also from the evil suggestions of our fellow humans. If you feel the whispering of Satan or those around you calling you to evil, harmful or disobedient acts—recite this chapter, obey God and seek His protection.