The Message of Muhammad (peace be upon him) was not meant for any particular people, place or period. He was raised as the World Prophet
aaa

The advent of a prophet is not an everyday occurrence. Nor is the presence in person of the Prophet essential for every land, people and period.

The life and teachings of the Prophet are the beacon to guide people to the right path, and as long as his teachings and his guidance are alive he is, as it were, himself alive.

No one can deny that Muhammad (peace be upon him) and his teachings are alive. His teachings stand uncorrupted and are incorruptible. The Quran —the book he gave to mankind — exists in its original text, without a word, syllable or even letter having been changed.

The entire account of his life — his sayings, instructions and actions is preserved with complete accuracy. It is as though it all happened yesterday rather than thirteen centuries ago.

Furthermore, there are three conditions, which necessitate the advent of a new Prophet over and above the need to replace a deceased Prophet. These may be summed up as follows:

1. That the teachings of the earlier Prophets have been distorted or corrupted or they have died and their revival is needed.

2. That the teachings of the Prophet who has passed away were incomplete and it is necessary to amend them, improve on them or add something to them.

3. That the earlier Prophet was raised for a particular nation or territory and a Prophet for another nation, people of country is required.

None of these conditions exist today. The teachings of the last Prophet Muhammad (peace be upon him) are alive, have been fully preserved and made immortal. The guidance he has shown unto mankind is complete and flawless, and is enshrined in the Glorious Quran.

All the sources of Islam are fully intact and each and every instruction or action of the Prophet can be ascertained without the least shadow of doubt.

Secondly, God has completed His revealed guidance through the Prophet Muhammad (peace be upon him) and Islam is a complete religion for mankind. Allah has said that:

{Today I have perfected your Faith — religion — for you, and have completed My bounty upon you.} (5:3) and a thorough study of Islam as a complete way of life proves the truth of these Quranic words. Islam gives guidance for life in this world and in the hereafter and nothing essential for human guidance has been left out. There is no ground for new prophethood on the plea of imperfection. 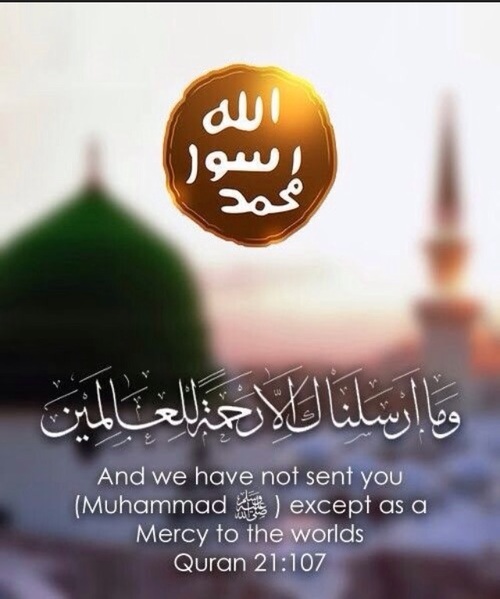 Some people say that the passage of time itself is a sufficient ground for the need of new guidance, and a religion which was revealed some thirteen centuries ago must necessarily grow obsolete and become a thing of the past. The objection is totally unfounded. The reasons may be briefly stated as follows:

(a) Islam’s teachings are eternal, because they have been revealed by Allah Who knows all the past, present and future and Who Himself is eternal. It is the human knowledge that is limited. It is the human eye which cannot see into the dim vista of the future, not God Whose knowledge is above all the limitations of time and space.

(b) Islam is based on human nature, and the nature of man has remained the same in all times and epochs. All men are cast in the moulds of the earliest men and fundamental human nature remains unchanged.

(c) In human life there is a beautiful balance between permanence and change.

It is the outward forms which change with the passage of time and which are changed while keeping in view certain principles which are to be observed. And Islam has catered for the needs of both permanence and change.

The Quran and the Sunnah propounded the eternal principles of Islam, while through  Ijtihad they are applied to every age according to its own needs.

Islam is the only religion which has established machinery for the perennial evolution of human society in accordance with the fundamental principles and permanent values of life.

(d) Scientifically, the human race is living in the age which was inaugurated by the advent of man on earth and no fundamental evolutionary change has occurred in this phase of existence.

Civilizations have arisen and died, cultures have grown and withered, empires have emerged and disintegrated, but the age in the great chain of cosmic evolution remains the same.

Therefore the view that guidance given some centuries back automatically becomes obsolete with the passage of time is unfounded and superficial.

{O mankind, I am Allah’s Messenger to all of you.}

He has been described as “a blessing for all (the people of) the world.” and his approach has been universal and human. That is why after him there remains no need for new prophethood and he has been described by the Qur’an as Khatam-an-Nabiyyin (the last of the chain of the true Prophets.)

The only source, therefore, for the knowledge of God and His Way is Muhammad (peace be upon him). We can know of Islam only through his teachings which are so complete and so comprehensive that they can guide men through all ages to come.

The world does not need a new prophet; it needs only such people as have full faith in Muhammad (peace be upon him), to become the standard-bearers of his message, propagate it throughout the world, and endeavor to establish the culture which Muhammad (peace upon him) gave to man.

The world needs such men of character as can translate his teachings into practice and establish a society which is governed by Divine Law, whose supremacy Muhammad (peace be upon him) came to establish.

This is the mission of Muhammad (peace be upon him) and on its success hinges the success of Man.

Taken from Toward Understanding Islam by Abul A`ala Al-Mawdudi with modifications.