Seeking forgiveness from Allah, millions of Muslim pilgrims ascended Saturday, August 10, Mount Arafat, east of the holy city of Makkah, in the climax of hajj after spending a night of meditation and introspection in Mina, Gulf News reported.

“I cannot express my feelings. The atmosphere is spiritual, still and tranquil. We hope Yemen will be united for good,” said Ali Ahmed Al-Sudani, a Yemeni pilgrim who said he was praying for unity in his war-torn country.

Following the lead of the Prophet’s Sunnah, the pilgrims performed noon and afternoon prayer “Dhuhr and Asr” combined and shortened at the Namera Mosque. 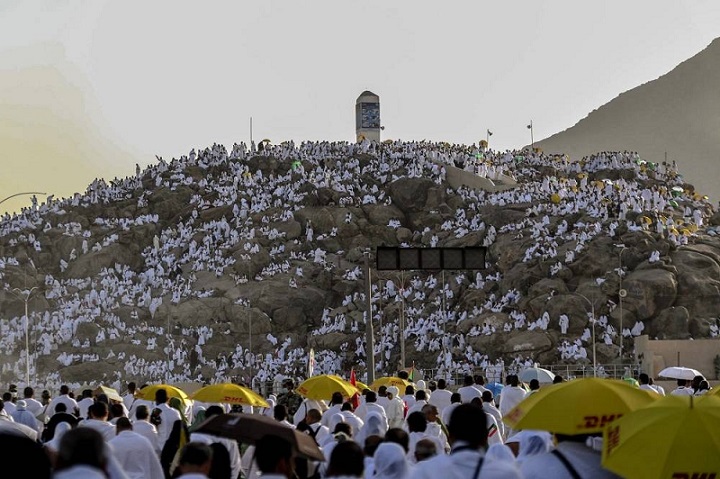 For the rest of the day, the pilgrims supplicate to God to forgive their sins and grant them mercy and pray for fellow Muslims, and for unity and peace around the world.

On Sunday, all pilgrims head back to Mina, where they sacrifice animals to mark the beginning of the four-day `Eid Al-Adha.