Muslim women in the GTA have created a league of their own called Sisterhood Softball League. (CBC News/ Grant Linton)
aaa

Kicking off the league in 2016, a growing number of Muslim women from Greater Toronto Area have been joining softball competitions annually, playing ball and breaking barriers, CBC reported.

The Sisterhood Softball League is made up of Muslim women from the GTA who gather every Sunday at a Mississauga softball diamond.

“It’s kind of similar to a concept of a church league so it’s heavily faith based,” Maryam Dadabhoy told CBC’s Our Toronto.

“We have a lot of women playing sports who wouldn’t otherwise be comfortable playing sports in front of men and that’s something that you kind of have to deal with when you play in normal league, because there are spectators.” 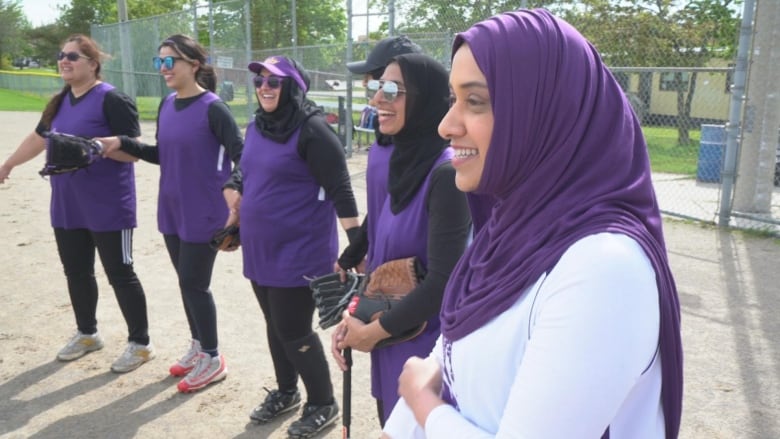 The founders say the league is the first of its kind in Canada. (CBC News / Grant Linton)

Dadabhoy and her best friend Hina Mirza started the league in 2016 after borrowing some basic equipment from a men’s league with only 20-25 members.

Today, they have 100 players and eight teams and hope to become even bigger.

“Coming from the Muslim faith we have some preferences of modesty … You’ll see it in the way that we dress,” says Mirza.

“So to be able to translate a Muslim woman’s dream into reality meant playing with that accommodation.” 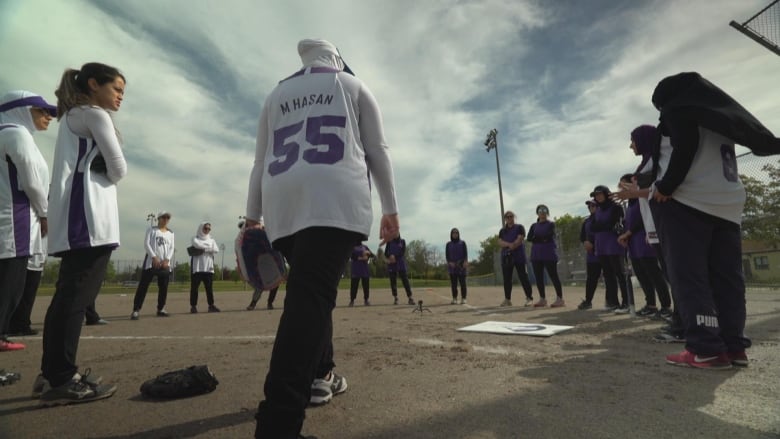 The teams ask male family and friends not to come to games so the women can dress whatever way they feel comfortable on the pitch. (CBC News/ Grant Linton)

The league has raised funds for women’s shelters and served meals at local banks in the hopes of giving back to their community while shifting perceptions about religion.

“There is a stigma around Muslim women, that we are either oppressed or we don’t venture out,” says Aisha Qureshi, a pitcher for the league.

“I really, really hope that people looking at us see that we’re just like anybody else out there … We love sports. For me it really is about breaking barriers.” 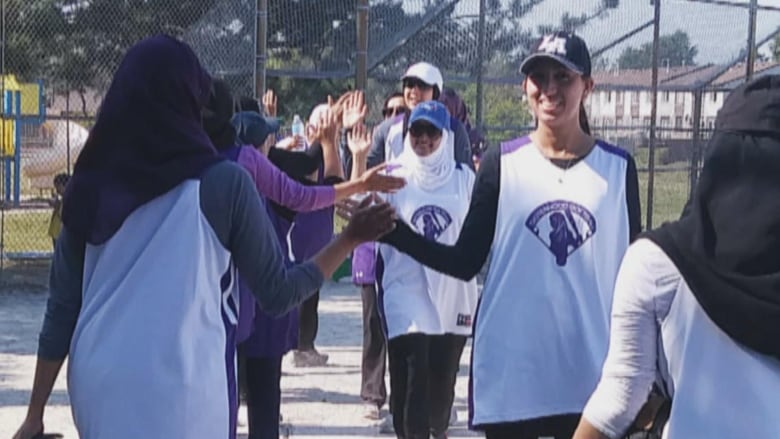 More than sports, this league is about growing their sisterhood and supporting one another. (Sisterhood Softball League)

The city of Mississauga is known for its culture-specific festivals held in Celebration Square, including the ‘Muslimfest’.

According to the 2014 census, Muslims represent 11.9% of the total population of the city. 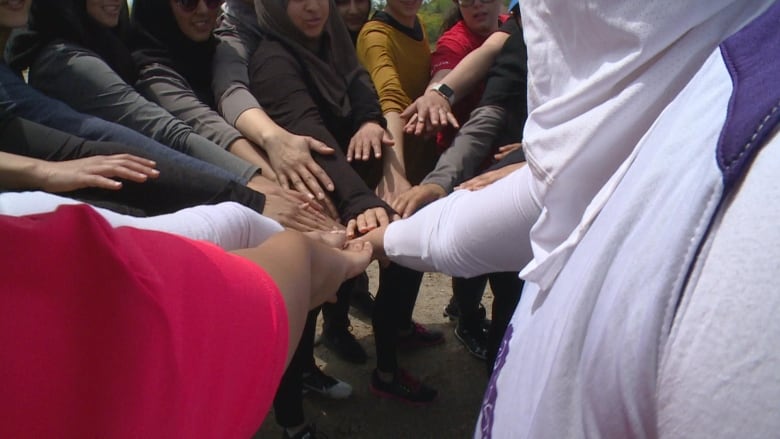 It was invented in 1887 in Chicago, Illinois, United States as an indoor game.