Astronomical observations have shown that the Old Crescent Moon (End of Dhul-Qidah 1437 AH), has taken place today on August 31, 2016.

These observations have proved the correctness of astronomical calculations which expects that the Astronomical New Moon (Conjunction) of the new Hijri month of Dhul-Hijjah will take place tomorrow on September 1, 2016 (Thursday) at 9:03 UTC.

Surprisingly, this newborn crescent of tomorrow will witness an Annular Solar Eclipse as well. On September 1, the moon will not be seen in most of the populated world; it will be only barely visible in the Pacific Islands.

On Friday the 2nd of September, 2016, the moon will be seen with difficulty from Australia, Indonesia, Southeast Asia, and Northern Africa; it can easily be seen in rest of Africa and all Americas on September 2, 2016.

These scientific calculations prove that the month of Dhul-Qidah 1437 will be 29 days only ending on Thursday the 1st of September, and that the last month of the Hijri year 1437 (Dhul-Hijjah) will start of Friday the 2nd of September.

Muslims have many special days during the 12th month of the Hijri Calendar. The first nine days of Dhul-Hijjah are prescribed for fasting. The first ten nights of it are dedicated for performing Tahajjud.

The 8th, 9th and 10th of Dhul-Hijjah are the days of Islamic Pilgrimage Hajj. And the 9th day is also the Day of Arafah.

Takbirut Al-Tashreeq is observed from 9 Dhul-Hijjah till the 13th. And according to the astronomical calculations it is expected that the 10th of Dhul-Hijjah will be the Night of Eid Al-Adha which begins on the morning of the 11th day and ends on sunset of the 12th God willing.

Eid Mubarak to the Islamic Ummah. 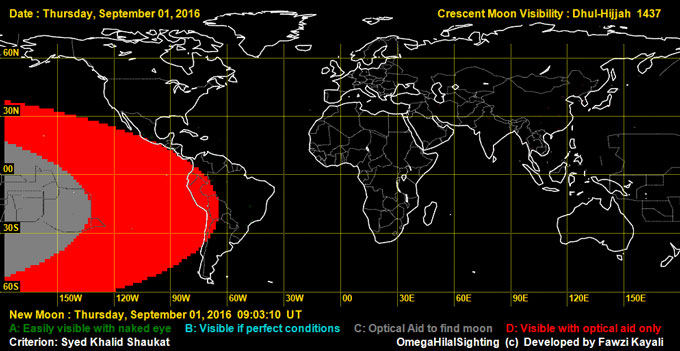 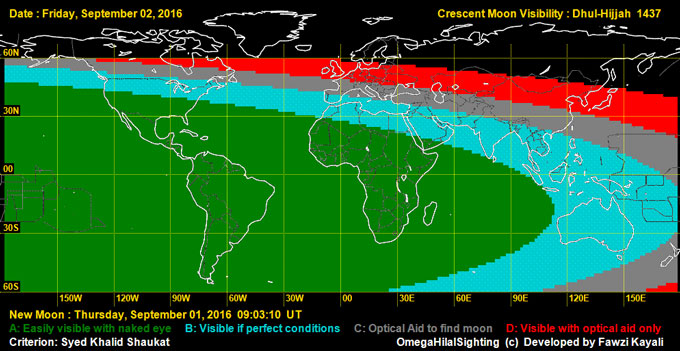 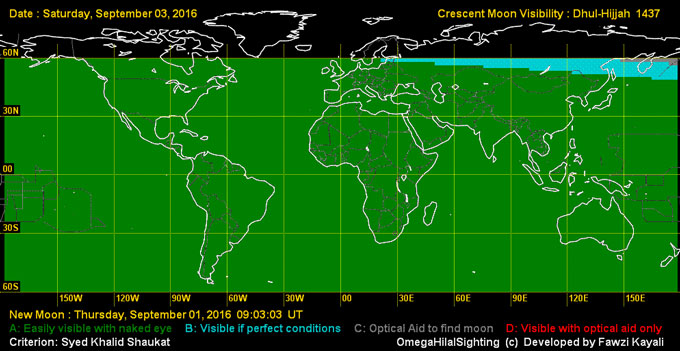