Ramadan | After 48 hours of abstaining, a person would have dealt with the worst withdrawal symptoms of having to stop smoking.
aaa

According to a 2006 article published in the British Medical Journal, smoking rates are generally high in Muslim countries.

The highest recorded rates among men were found to be in Yemen (77%) and in Indonesia (69%).

Yemen also had the highest prevalence of smoking among women, where almost one third was found to smoke.

The study reported that other Muslim majority countries with high smoking rates were Tunisia (62% of men), Guinea (59% of men) and Turkey (51% of men).

Smoking prevalence was reported to be significantly high even among Muslims living in non-Muslim European countries.

For example, in England in 2004 the overall prevalence of smoking was 40% in Bangladeshi men and 29% in Pakistani men compared to 24% among the male general population.

Given these high smoking rates and with Ramadan just days away, experts across the Muslim and non-Muslim worlds are saying that Ramadan could be the ideal time to quit smoking.

Dr. Hanan Obaid, family medicine consultant and head of the acute and chronic disease unit at the Dubai Health Authority (DHA) said recently in a Twitter Clinic held by the DHA, “If a smoker can stay without nicotine for 15 hours, it becomes a lot easier for him to give up smoking. This is the best time for any smoker to quit smoking. Usually it takes anything between two weeks to three months to completely give up smoking.”

Last year, Dr. Samer Makhoul, an addiction specialist and head of the psychiatry department at Al Noor Hospital in the United Arab Emirates, told Abu Dhabi’s The National, “You are managing up to about 16 hours at a time without cigarettes, so you are managing all those withdrawal symptoms. All you need to do is manage a little longer and it is done.”

Makhoul added that after 48 hours of abstaining, a person would have dealt with the worst withdrawal symptoms of having to stop smoking.

In 2012, Sue Weston, Smokefree Warwickshire Coordinator at the British National Health Service said, “For a regular smoker going 15 hours without a cigarette is an achievement in itself and we would encourage local Muslim men and women to take that extra step and experience the full range of health and financial benefits of quitting altogether.”

Most experts tend to agree that Ramadan gives Muslims a head start in curbing the smoking habits by forcing them to stop smoking for 15-plus hours of the day.

Initially on suddenly stopping smoking, there are some withdrawal symptoms that might push smokers with weak will and personalities to smoke again.

However, with the long fasting hours throughout 30 days, this gradual system helps in lowering the withdrawal symptoms, making it easier to stop smoking entirely.

Within the first 15 hours of not smoking, the blood pressure, body temperature and heart rate return to normal. There is also a 93% reduction in nicotine levels in the body. Oxygen levels also return to normal and carbon monoxide levels go down as well.

By smoking again, the smoker undoes all the good things that happened during the fast.

The BMJ article advises, “Muslim countries should be encouraged to sign up and adhere to the Framework Convention on Tobacco Control, since restricting advertising and access is likely to have a greater effect on patterns of tobacco use. This is particularly relevant because tobacco companies continue to refocus their activities on economically developing countries that have relatively little legislation in place (and where it is seldom enforced).”

Access to effective pharmacological and behavioral approaches to stop smoking remains poor within many Muslim countries as well as among Muslim smokers in Britain. 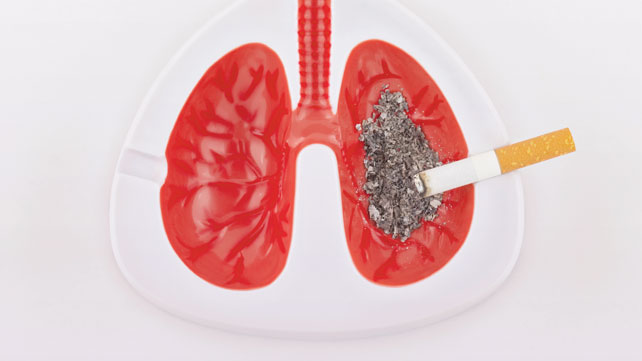 “Even when readily available,” the researchers write, “such aids seem to be underused, reflecting the commonly held belief among Muslims that giving up smoking requires only will power. Although approaches that draw on the need for will power around the Ramadan fast (during which smoking is prohibited) are being developed, no systematic attempt has been made to make effective cessation aids available during the run up to Ramadan.” [1]