Before the external changes (political & social) take place, the internal must transpire first, otherwise it is all short lived.
aaa

Al-jihad al-akbar – the greater jihad, is the inner battle; the invisible war towards self-development and unity of mind, body and soul.

Many Islamic scholars view this as the prime ambition in Islam, for without this inner jihad, man’s will over his personal and public life is meaningless as man’s physical tendencies and weaknesses can’t be overcome.

The modern exterior of life created by man has added ugliness where the signs of Allah (SWT) through nature once added beauty, meditation and reflection.

The Qur’an states “ …Allah does not change the condition of a people until they change their own condition…” (Surat ul Ra’d 13:11).

However, before the external changes (political and social) can take place, the internal must transpire first, otherwise it is all short lived.

In the past for Chinese Muslims, the martial arts were a mean to bring the inner jihad into a tangible method of self-development.

Many reports have shown that the proper learning of martial arts has helped troubled youths claim and earn self-respect and understanding. The enemy within is tamed and understood.

Ali ibn Abi Talib said, “A man’s enemies can be of more benefit to him than his brothers, for they draw attention to his faults from which he can then turn away (Haeri p.112).” 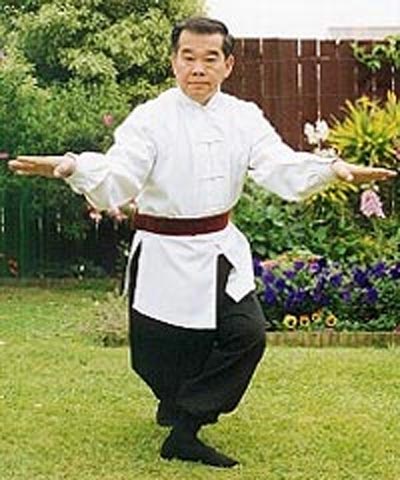 Martial arts is seemingly a physical art form that has undergone many transformations along the years making it appear to focus on defense and attack.

Yet in its truest form, as in Islam, it uses the physical world of man to understand the non-physical world to create a mind-body-spirit union.

Christian educator and theosophist Rudolph Steiner (1861-) once pointed out that a great debt was owed by western natural science to the spiritual stream of what he called ‘Arabism’. He argued that Western natural science was the product of the Christian Crusades and Muslim Holy War in a martial age (Boardman p.1).

It was during the battle for Christendom in Northern Spain that the works of ibn Sina and others’ overwhelming belief in the transcendence of Allah (SWT) affected and influenced such prominent Christian scientists of the times such as Roger Bacon. Crusaders witnessed Muslims as having a spiritual power and sense of unity that moved them with elemental force (Boardman p.2).

Kung fu is part of our long history as Muslims in seeking to learn and develop within ourselves. Kung fu actually means the ‘mastery of a difficult task to a standard of excellence’ (Lohan p.1). It is the origin of most of the Asiatic martial arts, but focuses on the development of the complete person mentally and physically (Lohan p.1).

The art of energy management, however, isn’t confined to Chinese martial arts forms which Muslims have helped to develop and even originate as some might claim!

Energy as in the life force directed through the human energy field in Chinese is called chi and shan. In Islam it is nafas and ruh (Geocities p.2). Used in spiritual cultivation, the direction of the life force plays a different role – the inner jihad. 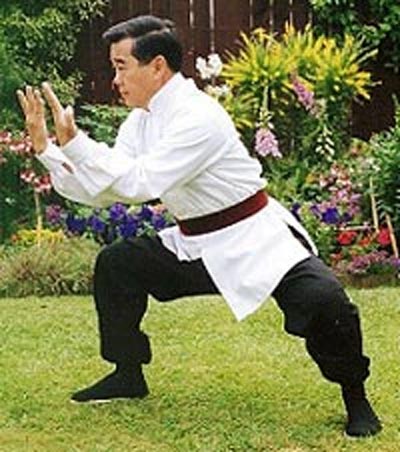 Muslims in Malaysia and Indonesia practice Muslim forms of martial arts like Silat. In China, where the Muslim place of worship is called Qing Zhen Si (Temples of Purity and Truth), Muslims have contibuted to the development of chi kung and kung fu (Geocities p.3).

Emperor Zhu Yuanzhang was the founder of the famous Ming Dynasty, and although he never proclaimed to be a Muslim, his six most trusted commanders were. They were Chang Yuchan, Hu Dahai, Mu Ying, Lan Yu, Feng Sheng and Ding Dexing (Coral web p.1).

They were all wushu (Chinese for martial arts) masters. As commanders, they defeated rebellious activities including that of the Mongols. A significant number of Muslims died between 1644 –1911 AD in the attempt to restore the Ming Dynasty, which was instituted to bring harmony and fellowship amongst all the different groups of China (Kabiling p.2).

The leaders of the Hui, Muslim Chinese Hans, called on the people to learn wushu as a “holy practice in the struggle for survival and self-improvement.” During the Lesser Bairam (Eid ul Fitr) and the Prophet’s (peace be upon him) birthday, the Hui local mosques held wushu contests or exhibitions (Coralweb p.1).

Not acknowledging our religion and the wealth that has been offered to us is a reflection of our inability to bring into focus the inner jihad, as we seek to develop understanding and further control over our lives.