In the holy Qur’an, Allah the Almighty says: “The sun and the moon follow courses exactly computed.” (Qur’an 55:05).

We also know that Prophet Muhammad (PBUH) said: “The sun and the moon don’t eclipse because of the death of someone from the people but they are two signs amongst the signs of Allah. When you see them stand up and pray.” Narrated Abu Masud.

This weekend, a Penumbral Lunar Eclipse will take place as the first of two lunar eclipses in 2017. It won’t quite be a total penumbral lunar eclipse.

The earth’s shadow is composed of two parts: the inner dark cone-shaped umbra and the faint penumbra surrounding the umbra.

The moon will pass from the west to the east through the earth’s southern penumbral shadow. It will be visible from the Americas, Europe, Africa, and most of Asia. The world’s Western Hemisphere sees the event after sunset on Friday, February 10. On the other hand, the world’s Eastern Hemisphere sees the eclipse on the dawn of Saturday, February 11. 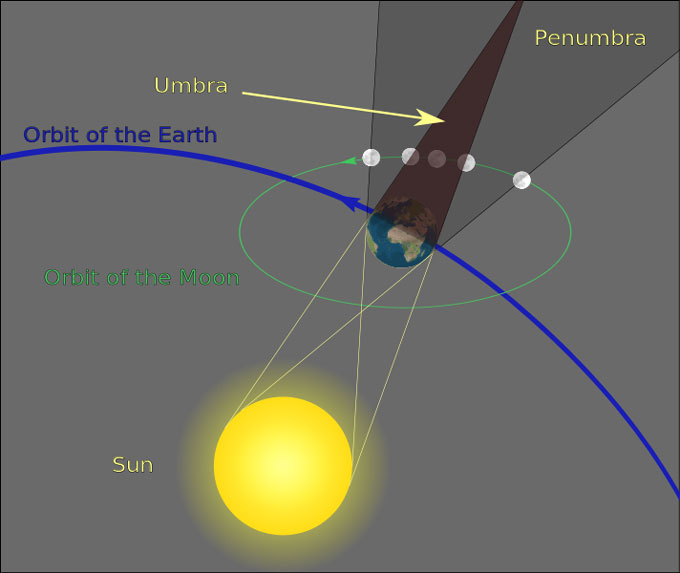 This slight decrease of light magnitude is due to the hazy penumbral shadow of earth, meaning that the subtle eclipse won’t be that fascinating for sky watchers except amateur and professional astronomers who use the lunar eclipse phenomenon for other useful astronomical applications. 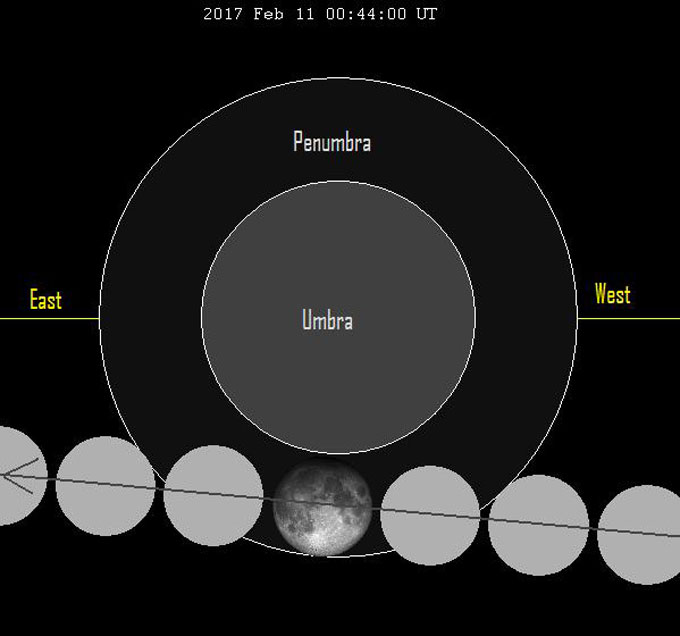