What contribution have Muslims made to civilization and science in the 20th – and now the 21st – century? Sure, Muslims have claimed several accolades as proof of their contribution to scientific prowess.

One of the latest major examples of that was 15 years ago when the Egyptian chemist Dr. Ahmed Zewail won the 1999 Nobel Prize. Many other Muslim scientists have made valuable contributions to the scientific field. But on a somehow less notable level.

Having said that, there is no doubt that our contribution in proportion to the world’s population is highly questionable. Blame sticks to some Muslims’ poor attitude towards science and the allocation of resources to research. 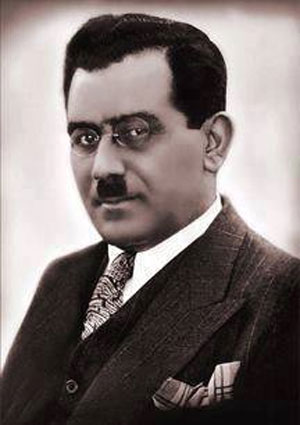 Responding to questions from Muslims from around the world, in one of Q & A sessions held in 2000, Dr. Syed Imtiaz Ahmad, a pediatrician and neonatologist at the National Institute Of Child Health (N.I.C.H) in Karachi, Pakistan, discussed issues dealing with the role of science and technology in Islamic civilization.

He believes that the known period of monumental contributions by Muslims was that of pre-renaissance. During that period of time, Muslims contributed works to every scientific field, from biology to astronomy.

“The impact of science and technology on Islamic civilization has been the recognition of the contributions of Muslim scientists in the pre-renaissance era, accelerating the renaissance by at least 100 years in Europe,” Ahmad said.

However, today we face many obstacles in our struggle to return to that eminence.

One such obstacle he discussed in the dialogue was about unmodernized languages of some Muslim nations. This factor causes a separation between those dialects and the scientific language of our times.

Ahmad said, “I know that in my own studies of the writings of Islamic scholars, the words used by them particularly on concepts and results of science are highly questionable.” He continued saying, “I am not quite sure of the reasons for this but it may stem from a lack of culture in science and technology.”

Ahmad believes that this wasn’t the case in early Islamic civilization. Rendering of scientific concepts and results in Arabic was very precise and formed the basis in translated works. “The scientists of that period understood sciences, even when reading in languages other than Arabic, enough to render it in Arabic precisely,” he said.

Another obstacle that stands in our way is starting this path. There is either a lack of interest or finances. This make many scholars strapped with inadequate instruments to perform their researches.

In the end, this has caused some of the greatest Muslim thinkers to migrate to western countries.

On this issue, Ahmad said, “At the time that science and technology thrived among the Muslims, they were inspired by the Islamic spirit [in] the quest for knowledge, and often were supported with appropriate resources in the Muslim lands. These two things have to happen again; an intense activity in science and technology that we support with resources. Even if not quite understood by those in positions of power.”

When asked what he thought it would take to have a reawakening of sorts amongst Muslim thinkers, Ahmad said, “It will take the Muslims what it took the early Muslims – a quest for knowledge, knowing the knowledge as it exists regardless of its source and having the drive to discover and make a contribution to civilization.”

It was appropriate that Ahmad concluded the live chat session with a quote from Mohammad Khawarizmi, a Persian Muslim mathematician, astronomer and geographer from the 9th century.

Khawarizmi was perhaps one of the greatest polymaths who ever lived. In fact, he was the founder of several branches and basic concepts of mathematics. 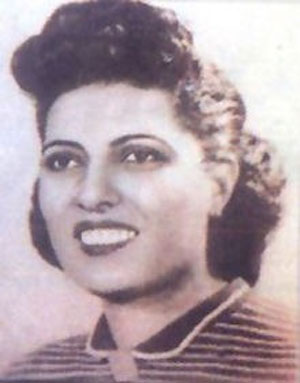 In the words of Phillip Hitti, Khawarizmi influenced mathematical thought to a greater extent than any other medieval writer.

His work on algebra was outstanding, as he not only initiated the subject in a systematic form but he also developed it to the extent of giving analytical solutions of linear and quadratic equations, which established him as the founder of Algebra.

The very name Algebra is the latinization of his famous book’s name Al-Jabr wa-al-Muqabilah.

His arithmetic synthesized Ancient Egyptian, Greek and Hindu knowledge and also contained his own contribution of fundamental importance to mathematics and science.

Thus, he explained the use of zero, a numeral of fundamental importance developed by the Muslim scientists.

Similarly, he developed the decimal system so that we name the overall system of numerals, “algorithm” or “algorizm” after him.

In addition to introducing the Indian system of numerals (now generally known as Arabic numerals), he developed at length several arithmetical procedures, including operations on fractions.

It was through his work that the system of numerals was first introduced to Muslims and later to Europe.

The Khawarizmi quote that Ahmad used was: “That fondness for science… that affability and condescension which God shows to the learned, that promptitude with which he protects and supports them in the elucidation of obscurities and in the removal of difficulties, has encouraged me to compose a short work on calculating by al-Jabr [algebra] and al-Muqabala, confining it to what is easiest and most useful in arithmetic.”