The Glorious Qur’an contains a distinct Surah (Chapter) entitled “Al – Hadid” (= The Iron) which emphasizes in one of its verses (Verse#25) the following two facts:

If this is the case, how could this element be sent down to Earth as stated in the above-mentioned Qur’anic verse? And how could it have penetrated from the outer crust of the Earth to its inner zones of mantle and core?

To answer these questions, the Earth must be treated as part of the total cosmos from which it was separated, not merely as an isolated entity. In this context, recent cosmological discoveries have proved that:

These fundamental discoveries have led to the important conclusion that hydrogen nuclei are the basic building blocks from which all the other elements were and are currently being created by the process of nuclear fusion. This process (the nucleosynthesis of elements by nuclear fusion) is self-sustaining, highly exothermic (i.e. releases excessively large quantities of energy) and is the source of the very hot and glowing nature of all stars.

Nuclear fusion within our sun mainly produces helium, with a very limited number of slightly heavier elements. The percentage of iron in the sun is estimated to be in the order of 0.0037%. Knowing that the Earth as well as all other planets and satellites in our solar system were actually separated from the sun, which does not generate iron, another question was raised:

Where had the immense quantity of iron in our Earth come from?

Our sun is a modest star, with a surface temperature of 6,000°C, and an inner core temperature of about 15,000,000°C. Such figures are far below the calculated temperatures for the production of iron by the process of nuclear fusion (which exceeds 5 X 109 K).

Consequently, other sources much hotter than the sun were sought for as possible sites fort the generation of iron in the observed universe. One of the suggested sources of excessive heat was the “Big Bang” explosion of the initial singularity from which our universe was created (cf. Bott, 1982).

However all speculations about this event suggest that shortly after the “Big Bang”, matter was in such and elementary stage that only hydrogen and helium (with possible traces of lithium) could have been generated. Again, if any traces of iron were produced at that stage, iron would have been more evenly distributed in the observed universe, which is not the case.

One second after the “Big Bang”, the temperature of the early universe is calculated to have been in the range of ten billion degrees Celsius. At this stage, the early universe is visualized to have been in the form of a steadily expanding, huge cloud of smoke, mainly composed of elementary forms of both matter and energy such as neutrons, protons, electrons, positrons (anti – electrons), photons and neutrinos.

Radiations in the form of photons from this very hot early stage of the universe had been predicted by Gamow and others (1948) to be still in existence around the observed universe, coming from all directions with equal intensity.

This prediction was later proved to be true by both Penzias & Wilson (1965) through their discovery of the cosmic microwave background radiation coming from all directions in the observed universe with equal intensity, together with a remnant temperature reduced to only a few degrees above the absolute zero (- 273°C). 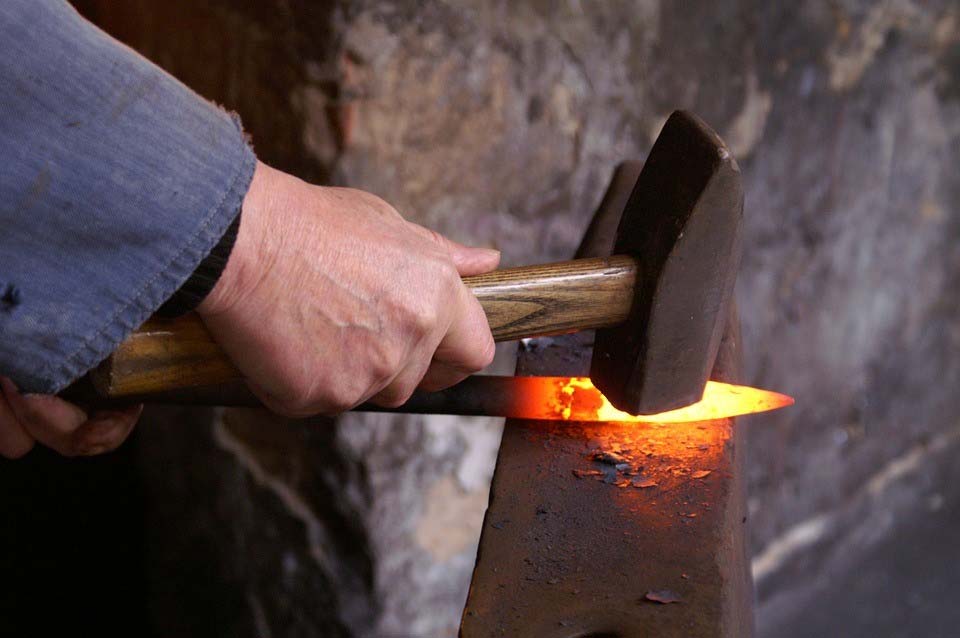 During the first three minutes of the history of our universe the neutrons are believed to have either decayed into protons and electrons, or combined with other neutrons to produce deuterium (or heavy hydrogen), which could combine to form helium.

In its turn, helium nuclei could partly fuse to produce traces of lithium (the third element in the periodic table), but nothing heavier than this element is believed to have been generated as a result of the “Big Bang” explosion (cf. Weinberg, 1988; Hawking, 1990; etc.).

After the “Big Bang” explosion, gravitation is believed to have pulled together clouds of smoke to form giant clusters of matter. Continued contraction of these clusters eventually increased their temperature due to the interaction of colliding particles and the pressures created by the large gravitational attraction.

As the temperature approached 15 million degrees Celsius, the electrons in the formed atoms were ripped off to create a plasma state. Continued contraction proceeded until the particles in the plasma moved with such high velocities that they began to fuse hydrogen into helium, producing stars with enough energy to generate an outward push (pressure) that reached equilibrium with the inward pull of gravity.

Most recently, elements heavier than lithium have been proved to be currently synthesized by the process of nuclear fusion in the cores of massive stars (at least ten times the mass of our sun) during their late stage of development. Such massive stars are seen burning helium to carbon, oxygen, silicon, sulfur, and finally into iron.

When elements of the iron group are produced, the process of nuclear fusion cannot proceed any further. Elements heavier than iron (and its group of elements) are believed to have been created in the outer envelopes of super-giant stars or during the explosion of novae in the form of supernovae.

Consequently, it has been proved that stars are cosmic ovens in which most of the known elements are created from hydrogen and/or helium by the process of nuclear fusion. At the same time, the unbelievable energy of stars comes from this process of intra-stellar nucleosynthesis of elements, which involves the combining of light elements into heavier ones by nuclear fusion (nuclear burning).

Burning (fusing) hydrogen into helium occurs during most of the star’s lifetime. After the hydrogen in the star’s core is exhausted (i.e. fused to helium), the star either changes into a Red Giant then into a dwarf or changes into a Red Super-giant then into a nova where it starts to burn helium, fusing it into progressively heavier elements (depending on its initial mass) until the iron group is reached.

The explosions of Novae in the form of Supernovae result from the exhaustion of the fuel supplies in the cores of such massive stars and the burning of all elements there into the iron group. Heavier nuclei are thought to be formed during the explosions of the Supernovae.

The nucleosynthesis of the iron group of elements in the inner cores of massive stars such as the Novae is the final stage of the process of nuclear fusion.

Once this stage is reached, the nova explodes in the form of a supernova, shattering its iron core to pieces that fly into the universal space, providing other celestial bodies with their needed iron. With this analysis, the celestial (extra-terrestrial) origin of iron in both our Earth and the rest of the solar system is confirmed (cf. Weinberg, 1988; Hawking, 1990; etc.).