The Astronomical New Moon aka conjunction is on Sunday the 23rd of July 2017 at 9:45 UT. On that day, the moon can be seen with difficulty in the Pacific Islands only.

However, on Monday the 24th of July 2017, the moon can be easily seen in almost the whole world except New Zealand. 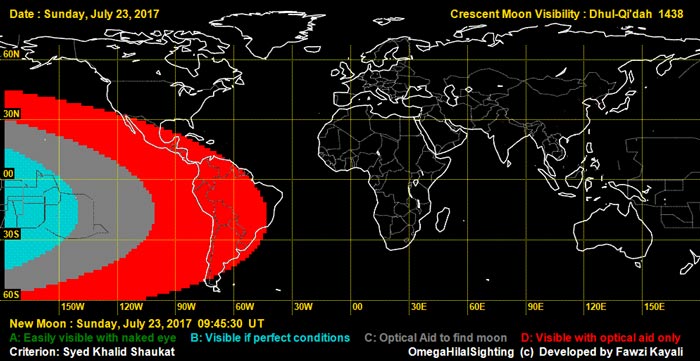 This means that almost all the Muslim World will witness the beginning of the 11th Hijri month of Dhul Qi’dah of the year 1438 on Monday the 24th, regardless of your location.

Dhul Qi’dah, or Dhu’l Qa’dah, according to what Imam al-Nawawi believes to be the most correct and traditionally widespread transliteration of the month, is one of the four sacred months in Islam during which warfare is prohibited, hence the name “Master of Truce”. 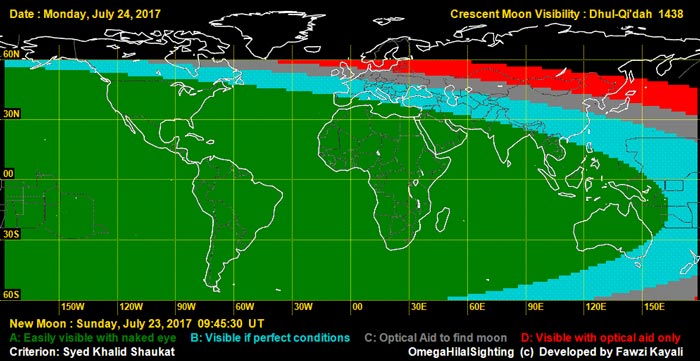 The Hijri calendar is a lunar calendar, and months begin when the first crescent of a new moon is sighted.

Since the Hijri lunar calendar year is 11 to 12 days shorter than the tropical year, Dhul Qi’dah migrates throughout the seasons.

Check the following astronomical maps of moonsighting to discover the beginning of Dhul Qi’dah month of the Hijri Year 1438 at your location. 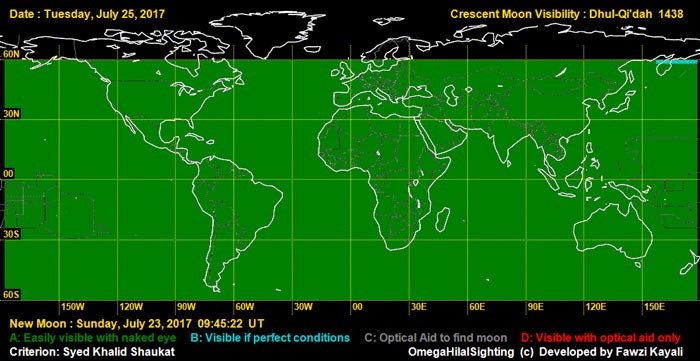