ST. LOUIS – The Islamic Society of North America recently held one of its regional conferences in St. Louis, Missouri, with most of the discussion focused on inward reflection and taking personal and collective responsibility for the Islamic global community

The one-day event, themed Power of Faith; Transforming Self and Society, welcomed an array of notable guests including Islamic speaker and author Yasmin Mogahed and scholar and executive director of the American Learning Institute for Muslims (ALIM), Ubaydullah Evans.

Award-winning British Journalist and author Mehdi Hasan was the event’s special guest and keynote speaker. Hasan moved to Al Jazeera from the Huffington Post UK where he was political director. He has been named one of the 100 ‘most influential’ Britons on Twitter, and was included in the annual global list of “The 500 Most Influential Muslims” in the world.

In a panel discussion titled, Being an Agent of change in Our Communities, Hasan was refreshingly candid with the audience.

While he remains optimistic, he invites us to do some real accounting of our mistakes.

“The Tragedy of the Muslim community in the US and elsewhere is that it has been a very reactive community and even today it is still reacting to events; always in a defensive crouch.”

Instead, he suggests that we become less reactive and more proactive.

“Its a great thing that Muslims registered to vote in huge numbers last year.” He says. “But its sad that it took Donald J. Trump to force Muslim Americans to come out and vote in the millions. There has been huge progress, but I would argue it is the kind of progress that should have come before. It’s sad that the Muslim community requires these sorts of external shocks to wake them up.”

He goes no to say, “to win hearts and minds, you have to do it in the area of creativity. We do not have enough story tellers in our community; then we wonder why all the stories written about us are so bad. Its because we are not telling our own stories. We are busy making money and being aspirational.” 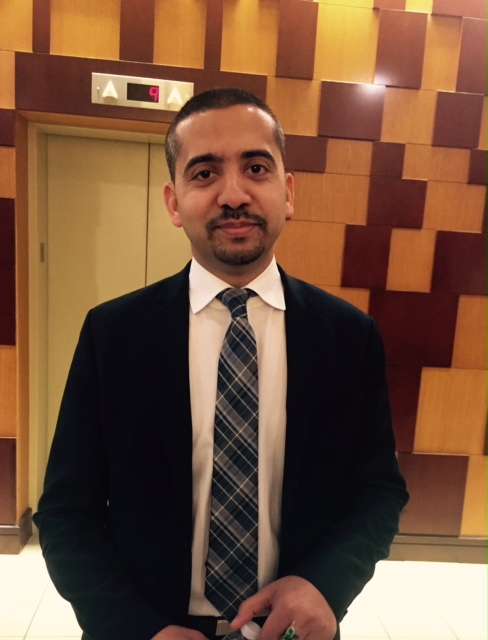 Hasan expressed concerns that even if the media were to become more inclusive and grant Muslims a greater platform, not enough qualified individuals would be available to fill that demand.

“We have not nurtured or cultivated a corridor of people in our communities to take those roles. Our young people are taught to keep their heads down and study, but where is the culture of debate or discussion and public speaking.”

He instructs us to wake up and speak for ourselves, because by not doing so, we have contributed in creating a vacuum.

“We have left a vacuum for a long time that has been filled by pseudo experts and ‘Muslim reformers’ who will say whatever everyone wants them to say. And they are Muslim reformers and yet they have no Muslim audience. I don’t know how you reform Muslims if no Muslims are listening to you.”

This struck me as a particularly crucial point that bears repeating. Muslim reformers that avoid mainstream Muslim audiences in favor of mainstream media attention can have no credibility in the Muslim community. Muslims intuitively suspect anyone who criticizes without engaging as being disingenuous.

Looking in the Mirror 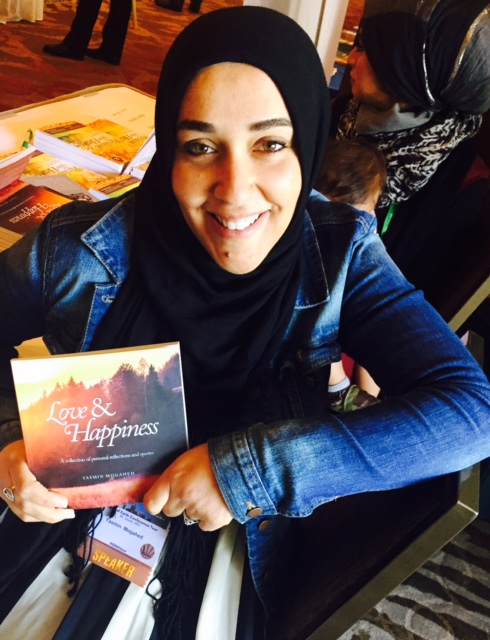 There were over five sessions and panel discussions, with topics ranging from Faith Beyond Words to a session on Greening Our Ramadan. But, the sessions that led to the most spirited discussions revolved around questions of identity.

I asked one of the panels how we can own the Muslim narrative when so many narratives currently coming out of the Muslim community, particularly the youth, are stories of disenchantment. The response by Ustadh Ubaydullah Evans was one of validation rather than the usual denial, that I have become accustomed to hearing.

“We have to figure out how to address the urgent concerns in our community. And it’s not just young people that are growing disenchanted with the faith, it’s also a lot of middle aged persons that are beginning to find the Muslim community to be a very unwelcoming place. And we have to get to the root of that.

Evans does not think there is only one reason or cause, but rather a number of causes. But in summary he says that first; “We are dealing with kind of a bombardment of anti-Islamic sentiment that has made us increasingly insecure about who we are. And when one is insecure about who they are, anything can weaken their confidence.”

“When you see a young man struggling with his identity and his religion, instead of seeing him as a valued member of our community and allow him to engage that struggle in the context and confines of the community, he’s now suddenly seen as pulling our morale down….They become someone that is now carrying all the weight of being a representative of a mythically perfect Islam. And if you don’t want to represent that, you are told that you have no place in our community.”

“We have to get back to giving people the license to engage their struggle and having them know that you are still a valued member of this community. And in fact, engaging personal struggle, this is the fulcrum of morality; This is the fulcrum of God consciousness. It’s not about being perfect. People are growing disenchanted because the pressure of being a Muslim is so great.

“When a member of the community communicates that they are just a person struggling to submit to God and asks “is there a place for me here? We have to become a community that says resoundingly- Yes!”

Beloved speaker Yasmin Mogahed reinforced Evan’s message by reminding us that many people who become religious become more angry, when in fact religion is supposed to make one softer not harder.

A very disarming and approachable Mogahed opened her lecture up with the question, “how do you know when a thing has died?”

The answer of course is that it stops growing, stops changing and stops moving.

“Spiritual growth means we need to keep growing and moving and when we stop, we die spiritually,” she says.

But we are far from dying, as we continue to grow and renew our strength as an American Muslim community that is proud of its national citizenship.

A new reality is now emerging; one of a community of truth seekers seeking a dynamic place for Islam in this Society.