NEW YORK – Hurricane Maria made landfall on the unincorporated US territory of Puerto Rico on September 20th.

With a climbing death toll of up to 51, the category-five hurricane laid waste to Puerto Rico’s infrastructure, leaving millions without communication, power, and clean drinking water.

One month later, approximately 75 percent of antennas remain down, limiting communication, and less than 20 percent of Puerto Rico’s power grid has been restored. In addition, over 1 million residents still do not have clean drinking water, creating a water crisis affecting 1/3rd of the population as well as the spread of illnesses from contamination.

Muslims across the nation have endeavored to send critical support to the survivors of Hurricane Maria in Puerto Rico.

Recently, the non-profit organization The Vitamin Project, started the Water Purification for Puerto Rico Launch Good to sponsor a water filtration system in one of the 78 cities in Puerto Rico needing sufficient clean water.

The Vitamin Project is working in cooperation with the National Puerto Rican Leadership Council’s (NPRLC) through their Operation OASIS project. According to the NPRLC website, the goal of Operation OASIS is to “bring potable water solutions to the island and in every municipality.” 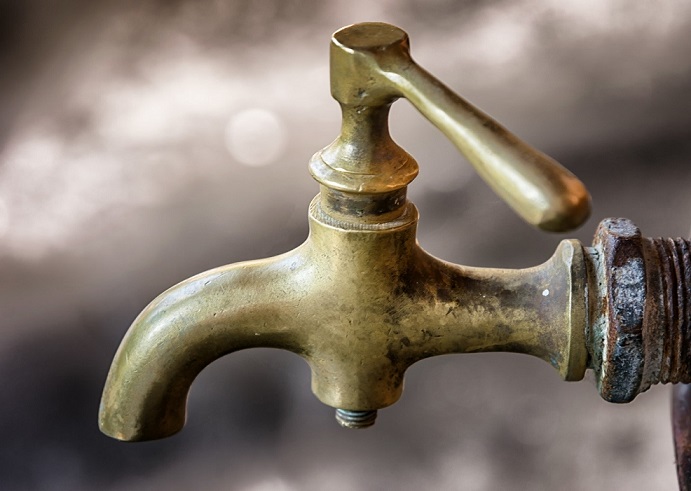 In an exclusive interview with AboutIslam, The Vitamin Project founder, Sajdah Nubee shared the organization’s reasons for getting involved.

What motivated you to form this Launch Good?

Learning about the aftermath of Hurricane Maria in Puerto Rico a month following the storm, it is clear this disaster has posed a serious health crisis to the people of Puerto Rico. As a health advocacy nonprofit, our organization, The Vitamin Project, wants to respond to the urgent need in restoring hope and health to Puerto Rico.

This crisis is expected to be a concern for months to come and there’s still much work to be done.  Resources are scarce from limited food and clean water to no power in many areas. Sources have reported that it could be four-six months until power is fully restored to all areas of the island. Hospitals are running on generators, however, fuel supply is also restricted which means access to life-saving equipment, such as medical ventilators and dialysis machines, are limited. Our organization researched ways we could support recovery efforts.

I came across the National Puerto Rican Leadership Council (NPRLC) who is participating in the OASIS Operation to bring sustainable water sources to the island by installing one water purification system to each of the 78 municipalities of Puerto Rico. This operation addresses the issue of shipping and distributing bottled water, and the costs of its continuous supply, as well as the environmental concerns of plastic bottles.
Embed from Getty Images
How bad is the current water crisis in Puerto Rico?

Various news accounts have maintained that the water crisis is almost under control with some officials reporting that nearly 75% of people in Puerto Rico now have access to water. Though this has been confirmed as true, it doesn’t accurately reflect what’s really going on. Other news sources have uncovered that because of the water shortage, many are resorting to water from contaminated sources.

In addition, generators that are not reliable and continue to fail are powering these restored water supplies in some areas, which of course is limiting that water supply. Nonetheless, as of today, there are still a significant percentage of areas that have no running water at all from a disaster that impacted 3.4 million people.

Do you think Muslims in the US are informed enough about the dire situation that Puerto Rico is in?

I think people here in the States in general are not well informed because we have received conflicting reports on how much help has been given from federal sources and news coverage has been limited. Unfortunately, the public has been told by US Federal officials that federal services have been deployed to cover the disaster in Puerto Rico.

However, reports from those on the ground and local officials highlight a very different reality. They are still in dire need of resources to fully recover from complete devastation of the entire island. Further, often times, when disasters hit a particular area, it remains newsworthy for a few days to a week following the storm, but then coverage goes silent while the recovery process from a storm with the magnitude of Hurricane Maria will take months.

In addition to contributing to your Launch Good, what other steps can Muslims in the US take to help.?

I would suggest becoming informed on the current status of the areas impacted by the devastation from organizations that are either on the ground in Puerto Rico or working closely with Puerto Rican officials on recovery measures. Generally, these groups of people have a real pulse on what’s happening, the condition of things, and the kind of aid needed. These groups will be able to direct us on how and where we can best contribute to recovery efforts.