NEW YORK – Today is the sixth annual World Hijab Day. The day was created in 2013 by Nazma Khan and encourages women of all religions to experience hijab. The event has its supporters and critics, but it has become a mainstay endeavor among some Muslim women in presenting an aspect of their daily lives.

According to organizers’ press release, “The overall mission of WHD is to create a more peaceful world where global citizens respect each other. Particularly, WHD focuses on fighting bigotry, discrimination, and prejudice against Muslim women, which is crucial in these times where Hijab is being banned in some countries while in other countries, Muslim women are being targeted and harassed verbally and physically.”

In addition to the primary objective of the day, many Muslim women take to social media to assert their right to cover. 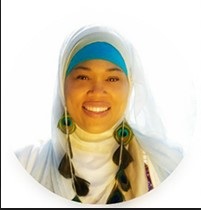 Rashid is a freelance writer, author, and founder of the Muslim Writers and Publishers Association (MWPA). Her dream is to help Muslim writers share their stories with the world. She is currently working on a memoir and preparing for the launch of MWPA.

Well now I currently work from home, so it’s pretty easy, but when I was in the workforce, for the most part, I was fine. I think it comes down to confidence and being comfortable in your skin. I see a lot of Muslim women who want to fit in so badly, and I feel like that is what makes hijab more difficult for them in the workplace.

Regarding having any difficulty from coworkers or managers from wearing hijab, I haven’t experienced that. Part of that may be because I am not seeking anyone’s approval.

I was more inclined to think of the workplace as what it is, a job. You go there and do your job, and you interact with your coworkers on a professional level. 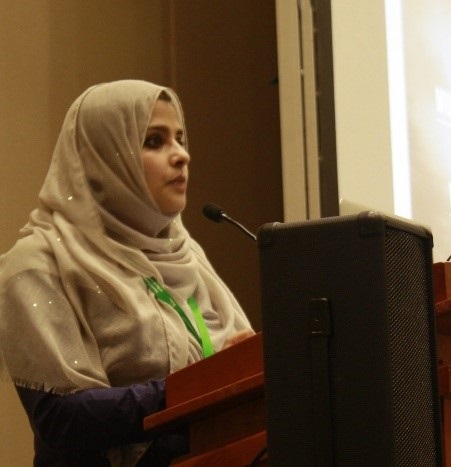 Zuberi is Editor in Chief at Muslim Matters, a non-profit media platform.

A lot of times, I’m in Muslim spaces, so it doesn’t affect me as much. I’m also cover events in non-Muslim spaces like the International Press Club or the City Council.

I feel like it’s how you wear it. Walk in there just like a normal person and behave as anybody else would. It’s how you handle yourself.

Before I started working in my present position and I was applying for jobs, yes. When you’re applying for jobs, and they look at your resume, and you go into the interview, there is often a problem. It’s probably more of a problem in areas where seeing a woman in a hijab is unusual.

Abdulhaqq is a mother, wife, and author of my debut book Nanni’s Hijab. She is originally from Philadelphia, PA and currently reside in Memphis, TN. She is a student at Colorado Technical University, working on obtaining a Bachelor of Science in Healthcare Management.

In Philadelphia, where I spent most of Muslim life, hijab was not an issue—not overtly anyway. There have been a few times where I had to get letters to prove that hijab was an obligation. However, after providing those letters, the issue was resolved.

When I was a young Muslim, I was scared to go to interviews wearing my hijab, but as I learned more about my religion and became more comfortable in it, that became less of a factor. There are matters with practicing Islam that is non-negotiable and wearing hijab is one of them.

I believe consistency and firmness are key.  Over the years, I would hear employers complain about the inconsistencies of Muslim women wearing hijab and in turn would make the environment difficult for those who wanted to establish hijab long term. My advice would be that the workplace is not the place to “try” out your religion. When you are ready to commit, be firm but fair in explaining to your employer that this is unequivocally who you are and that you’ll be wearing hijab to work from that point forward.

Allow the employer the opportunity to learn about Islam by providing them with necessary information that they may request.

Once you’ve decided to wear the hijab full time your extracurricular activities with your colleagues may slow a bit, but you’ll survive. Practicing your religion with unwavering conviction will be more respected than grabbing a bite to eat after work.