“I was devastated,” Fatou Kiné Cissé, who teaches at the local private Muslim school, told CBC on Wednesday, May 10.

“Those people, I know them. Some of them are parents of kids I know.”

Last January 29, six worshippers were killed and dozens injured when a gunman opened fire during prayers at a Quebec City mosque. The victims ranged in age from 35 to 70.

Cissé is one of about 20 members of the Islamic Cultural Centre who attended a conference in April to learn more about post-traumatic stress disorder (PTSD). 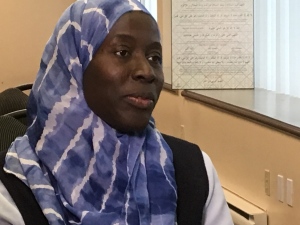 Fatou Kiné Cissé remembers the anxiety she felt waiting for her son to return from his first nighttime visit to the mosque following the shooting. (Régis Peugnet/Radio-Canada)

Though more than three months after six Muslim worshippers were killed inside mosque, Cissé said she wanted to gauge her own reaction to the horrific event and to “exorcise the fear” she still feels today.

“I thought it was important for me to try to understand the many emotions that we’re going through, that I could feel around me,” said Cissé told CBC. “Is there something to do?”

“We went through a big collective trauma.”

Cissé is just one of many Quebec Muslims who were deeply traumatized by the shooting which left many invisible scars on their life.

Laïla Aitoumasste, a community volunteer who is on a committee to support the victims, said attending the conference, entitled “Psychological trauma and invisible scars,” helped her, too.

An expert herself in PTSD, Aitoumasste said fear, sadness, shock and disbelief are all normal reactions to such a horrible attack.

“At least we found out our emotions were natural, correct, and we had the right to feel that way,” said Aitoumasste. 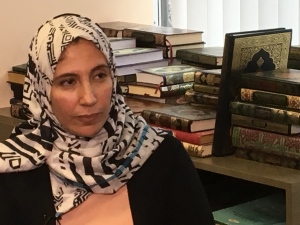 Laïla Ait Oumasste was relieved to hear from a PTSD expert that feelings such as anxiety, fear and mistrust are to be expected in the wake of the mass shooting at her mosque. (Régis Peugnet/Radio-Canada)

“A lot of people feel they’re strong and everything is okay, but there are other feelings inside, and they don’t show,” she said.

Cissé said that ongoing racist and anti-Muslim comments were making the situation worse for them.

“Two months after the event, I heard on a radio broadcast [people] talking about the tragedy in a way that could almost legitimize it. It was just traumatizing,” said Cissé. The incident left her in despair, wondering if there could be another attack.

On the other hand, other members of the community were sharing tremendous support for Muslims, widely noticed in the change in attitude towards hijab.

“There are strangers who see you and smile or say hello,” said Cissé. “And even if they don’t speak, we understand they’re trying to send a message: a message of sympathy.”