Ismail Ajjawi, a Harvard freshman who said he was was denied U.S. entry because of his friends’ social media postings, arrived in Boston in time for the start of classes. He is pictured in his home near the El Buss refugee camp in Lebanon. (United Nations Relief and Works Agency)
aaa

A Palestinian student who was denied entry to the US last month when he arrived to attend Harvard has now been admitted, Los Angeles Times reported.

“The last ten days have been difficult and anxiety-filled, but we are most grateful for the thousands of messages of support,” Ismail Ajjawi’s family said in a statement.

Ajjawi, 17, was barred entry after border agents questioned him for hours at Boston Airport over social media posts written by friends.

He was admitted on Monday just in time to start at Harvard.

The family released a statement describing his experience as “difficult and anxiety-filled.”

“We truly appreciate the efforts of so many individuals and officials in Lebanon, Washington, Massachusetts and at Harvard that have made it possible for our son Ismail Ajjawi to begin his studies,” it said.

Theodore Kattouf, president of Amideast, the nonprofit that awarded Ajjawi his scholarship, released a statement saying that he was “pleased that Ismail’s Harvard dream will come true after all.”

“Ismail is a bright young man whose hard work, intelligence and drive enabled him to overcome the challenges that Palestinian refugee youth continue to face in order to earn a scholarship,” it said. 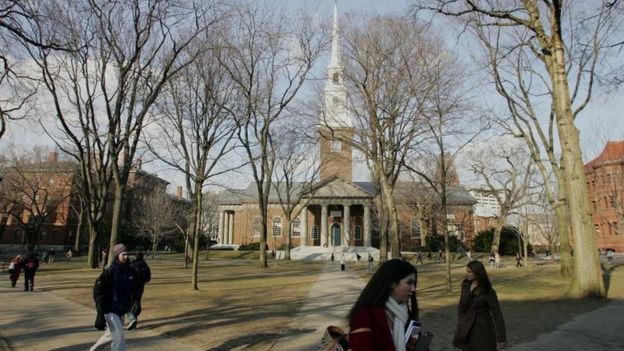 “Since May, the obstacles facing individuals ensnared in the nation’s visa and immigration process have only grown,” he wrote.

“Various international students and scholars eager to establish lives here on our campus find themselves the subject of scrutiny and suspicion in the name of national security, and they are reconsidering the value of joining our community in the face of disruptions and delays.”

In June, the US Department of State said it had begun requesting that most visa applicants submit social media names and five years’ worth of email addresses and phone numbers.

The administration of President Donald Trump first proposed the rules in March 2018. Officials at the time estimated that the new regulations would affect 14.7 million people annually.

Certain diplomatic and official visa applicants are exempt from the stringent new measures.