WASHINGTON – In the month of giving thanks and gratitude, an American group has launched its second annual initiative throughout the month to give thanks to the inspirational Muslim women who are shaping their society.

“It’s important to note that recent years have been difficult for many Muslim women around the globe, due to the rise of Islamophobia and anti-Muslim hate crimes,” a statement shared by the Ruman Project read.

“Throughout the month of November, many people in the United States and abroad will focus on showing their gratitude, counting their blessings and giving back to their communities.”

The group launched the campaign to counter rising trends of anti-Muslim sentiments across the US. 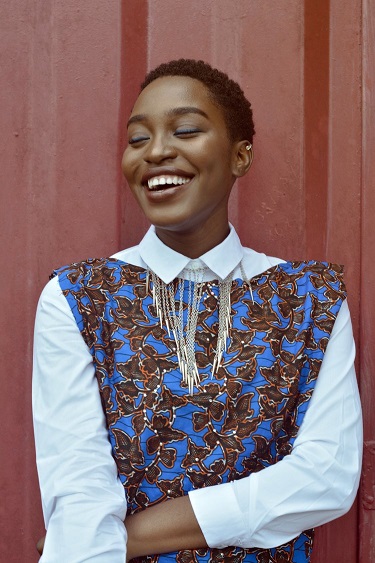 The hashtag #ThankfulForMuslimWomen was created by Middle East Collective (MEC) in order to give thanks to the many inspirational Muslim women everyone can look up to, and to show how Muslim women have been prevalently shaping the society.

“Last year, when we were formerly known as Middle East Collective, we created the hashtag #ThankfulForMuslimWomen in order to give thanks to the many inspirational Muslim women everyone can look up to, and to show how Muslim women have been prevalently shaping our society,” the group added.

Each day this month, the group will feature one Muslim woman who is making positive changes in the world.

“When we think about intelligent, creative and interesting Muslim women we often picture women such as Fatima al-Fihri, who founded the world’s oldest university in Morocco; or Prophet Muhammad’s wife Khadija, who was a successful merchant and the first convert to Islam; or Iranian-American Anousheh Ansari, who became the first Muslim woman to travel to space,” the statement added.

Have you ever been asked how you follow the tenets of your religion while also following the laws of your country? While most would say no, there’s are those that would say yes. Within the US, many people of non-Christian faiths have been asked this question, especially when they work in government/politics. Being religious and political are not mutually exclusive. I write this, not to argue that those who run for office should be anti-religion, but to say that it’s okay to be political and believe in your religion. #rumanproject #islam #muslim #faith #religion #god #allah #political #politics #elected #tenet #mutuallyexclusive #unitedstates #christian

This #ThrowBackThursday, we are #ThankfulForMuslimWomen like Fatima al-Fihir who founded the very first university, over 1000 years ago! . Fatima was Tunisian but migrated to Fez with her family in the 9th century, a common practice among the Arab community at the time. When her father died, Fatima and her sister used the fortune her father left to invest in the establishment of an educational centre and mosque. Fatima played a key role throughout the process, overseeing the centre’s construction as well as attending lectures there. The University of al-Qarawiyyin initially taught Islamic and Qu’ranic studies however expanded to include a broad range of subjects such as maths, music, and astronomy. . Al-Qarawiyyin laid the foundations for the model of the university as we know it and would go on to inspire the formation of other such institutions around the world. Students who attended there were later able to receive official degrees. The university in Fez is still in existence today and is the oldest university in the world. It’s attached mosque, is now the largest in Africa. For those of you who attended university, without Fatima, you wouldn’t necessarily know about or have experienced your degree in the same way! ????‍?. . . . . . . . . #RumanProject #InterFaith #InterFaithDialogue #MuslimChristianRelations #Islam #Christianity #Muslim #Muslimah #WomensEmpowerment #WomensEducation #University #Morocco #Fez #Mosque #Masjid #Degree #Arab #Tunisia #Tunisian #NorthAfrica