The chador, which covers the head and body but leaves the face exposed, is a garment commonly worn in Iran, where this photograph was taken. (Hasan Sarbakhshian/Associated Press)
aaa

MONTREAL – The new government of Quebec province in Canada is planning to block Muslim women who work in the civil service from wearing the chador, niqab, and burka, CBC reported on October 24.

The Premier of the Coalition Avenir Quebec (CAQ), François Legault, made clear his intention to “prohibit those who hold positions of authority including teachers from wearing religious symbols, such as the hijab.”

The ban on the chador and niqab, however, would extend to all employees in the public sector. A representative from the CAQ couldn’t say how many people such a ban would affect.

“A law prohibiting religious symbols strengths one important value of equality between men and women, so we want to protect that,” Legault said.

Since 2016, the CAQ officials have expressed their will to “defend Quebec values by banning the chador,” unlike its rivals, the Liberals and the Parti Québécois.

The CAQ won a decisive majority in the Quebec election earlier this month, beating out Philippe Couillard’s Liberals.

“It was always our position to prohibit the chador in the public service,” said Immigration Minister Simon Jolin-Barrette, who is known for being a radical secularist, in response to questions following a report in the Journal de Montréal about the government’s stance. 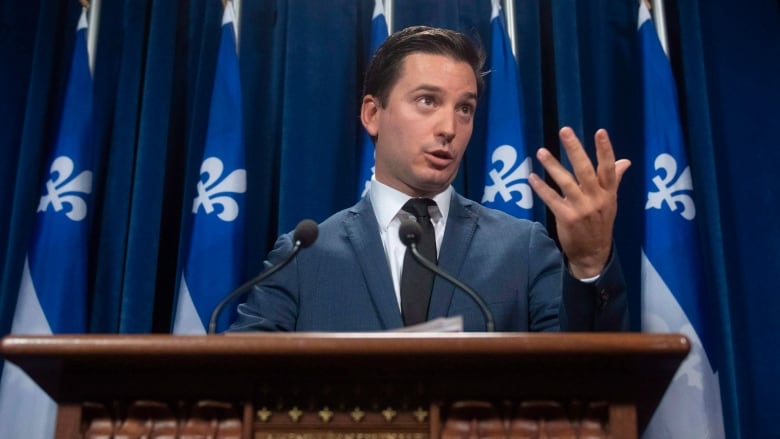 Montreal Muslim lawyer Shahad Salman, who wears a hijab, said she is “discouraged the new government — and the media — continues to focus on identity issues rather than talking about real issues.”

“It’s so surreal that we’re talking about this again, honestly. Such debates are counterproductive if politicians want minorities to become more integrated into Quebec society,” she believes.

This is not the first attempt to ban the Islamic outfit in Quebec.

The legislation effectively bans public servants and those who receive public services from wearing a face covering, including Muslim women who wear the niqab (face veil).

Wading into the debate on Quebec’s burqa ban, Canadian Prime Minister Justin Trudeau has stressed values of religious freedoms, adding that governments should not tell women what to wear.

Regarding the share of minorities in Quebec’s civil service, a study by the ‘Institut de recherche et d’informations socio-économiques’ in Quebec, found that visible minorities made up 9.4% of the province’s public workforce in 2017, although they constitute 13% of the overall population.

Charles Taylor, the author of a landmark 2008 report on the accommodation of religious minorities in the province, called the proposal “either very ignorant or very intellectually dishonest.”