HOUSTON – The venue of the 55th Annual Islamic Society of North America conference witnessed pro-Muslim protesters who gathered to counter the hateful message of armed Islamophobic protesters outside the Muslim conference. 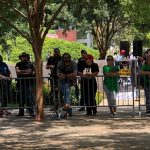 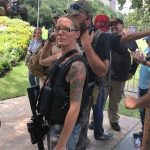 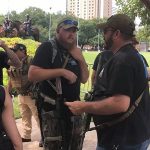 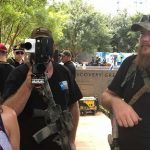 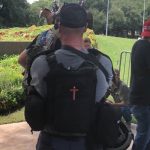 Counter protesters from the Houston Area Black Panther party group were on site to defend the Muslims and their right to hold a convention.

Javier Olguin told Houston Chronicle he attended the counterprotest to speak out against the anti-Islamic sentiments.

“If you read the history books, you see the Jim Crow era, you see Japanese detainment camps, you see all these atrocities that happen,” he said.

“A lot of people say to themselves, ‘If I were there, I would have done the right thing.’ It’s happening right now, and that’s why everybody is out here. We’re seeing the oppression of a lot of people. When people are not doing anything and they stay silent, they are complicit in that.” 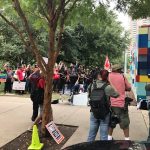 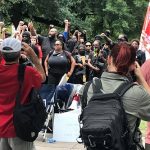 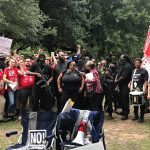 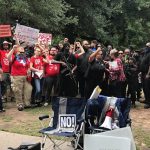 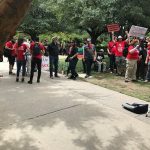 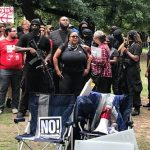 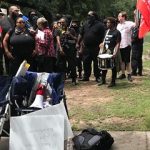 The annual convention is attended by more than 30,000 Muslims from all over North America to Downtown Houston.

The three-day convention is the largest gathering of Muslims focusing on faith and positive change to inspire communities around the world.

Estimates put the Muslim population in the US at between five and eight million.

ISNA is the largest Muslim umbrella organization in North America.

ISNA’s annual convention dates back to 1963 when the first such event was organized by the predecessor to ISNA, the Muslim Students Association of the United States and Canada.