“We need to send a strong message to proponents of [the secularism law] in Quebec,” Patrick Brown, Brampton’s mayor and the former leader of the Progressive Conservative Party of Ontario, said in a statement.

“This law is an affront to freedom of religion and an infringement of the Canadian Charter of Rights and Freedoms.”

The bill was introduced by the Coalition Avenir Québec government.

The Peel Regional Police, which covers territory including the cities of Mississauga and Brampton, will conduct a campaign in Quebec after a motion was passed unanimously by the region’s police services board on Friday. 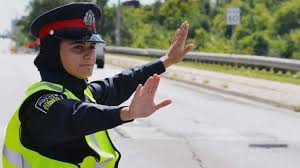 The police force “believes in the values of diversity and inclusion, including the accommodation of religious symbols,” the motion states. It goes on to say that the police board “invites all affected individuals either pursuing or training for a career in policing in Quebec to apply for a career with the Peel Regional Police.”

The motion calls for the police force to place advertising “within Quebec.”

The Islamic Cultural Centre of Quebec thanked the Peel police force for its action.

“Thanks to the Peel Regional Police for applying the values of the Canadian Charter of Rights and Freedoms,” the organization said on Facebook.