NEW YORK – Like a scene from a movie, the Pakistani Sufi cleric Mubarak Ali Gilani, set up Islamberg, a Muslim community in rural New York in the 1980s which today has about 200 residents.

Meant to be a commune comprised of mostly African-American Muslims escaping inner NY city violence, it is a far cry from Auroville in India, a multi-faith community that brings people of all faiths together. Still, it is a community which mixes the traditions of religion with the modern world.

Islamberg has been tainted by Gilani’s reputation as the founder of a militant group, and his other projects, such as ‘Holy Islamiville’ in South Carolina are equally odd; they all, for example, hold the view that Gilani has ‘magical’ healing powers. But whatever the strangeness of these communities, State police, and the FBI have regularly debunked claims that Islamberg poses a danger.

One of Islamberg’s founding member’s, Safiyya Haqq, now 67, who left Brooklyn with her five children said, “It was just so peaceful here, a great place to raise your children.” While Bilqees Abdalla, a nurse, said, “If you come here, you see that there’s no threat.” Yet ‘Holy Islamberg’ as it is known by its members found itself in the news. 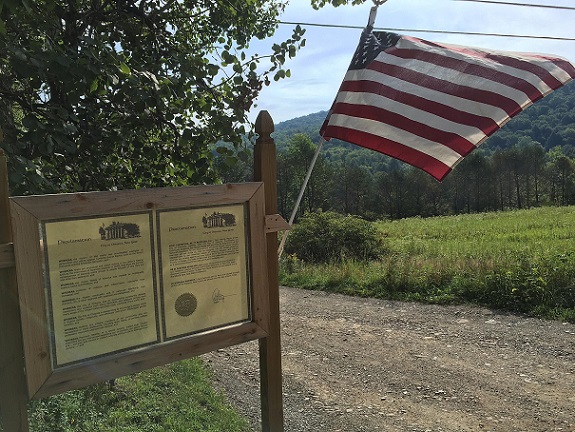 Islamberg Nearly a Victim of Terrorism

Brian Colaneri, Andrew Crysel, Vincent Vetromile, and a 16-year-old student were charged with weapons possession and conspiracy. Five locations were searched, 23 weapons were found along with three improvised explosive devices wrapped in duct tape. Their plan? To attack Islamberg with explosives.

Speaking of the arrests, Greece Police Chief Patrick Phelan said, “I don’t know that there was a specific date. They had a plan in place… They were homemade bombs with various items – black powder, BBs, nails, inside a container… If they had carried out this plot, which every indication is that they were going to, people would have died. I don’t know how many and who, but people would have died.”

These incidents however are not new. In 2017, Robert Doggart, a one-time congressional candidate from Tennessee, was convicted on federal charges as he planned to burn down Islamberg’s mosque in 2015. “We will be cruel to them, and we will burn down their buildings… And if it gets down to the machete, we will cut them to shreds,” Doggart said.

Speaking of this incident, the then Attorney General Jeff Sessions said, “People of all faiths have the fundamental right to worship freely, and this administration will not tolerate attempts to violate that right.”

The striking omission in these incidents is that none of these criminals have been identified as terrorists.

Writing on Twitter, Namira Islam Tweeted, “Another plot that targeted #Islamberg. I’m so sorry to see this.”

Another plot that targeted #Islamberg. @tahirahaw @TahirahClark, I'm so sorry to see this. (Follow them if you're not.)

"Authorities say this latest alleged plot against Islamberg involved young men. The oldest was 20 and two of the suspects are still in high school." https://t.co/cZKQIQAtx8

And Abdul Hamid Faruki Tweeted, “White #FarRight males held over a terrorist plot in #NewYorkCity. The extremists plotted to attack #Muslims in #Islamberg.”

White #FarRight males held over a terrorist plot in #NewYorkCity. The extremists plotted to attack #Muslims in #Islamberg.#NewYork #WhiteRadicalisation #Islamophobiahttps://t.co/yVhlJwjBxA 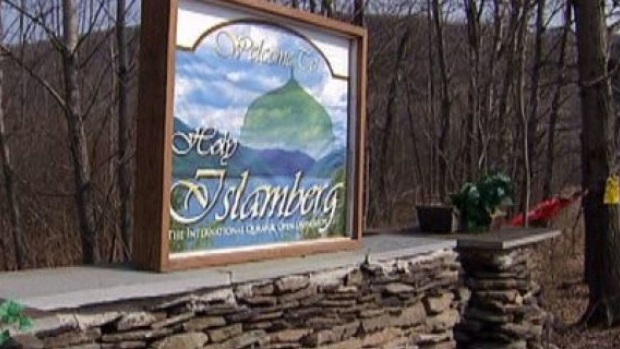 A target of far-right extremism and constant criticism that Islamberg is a terrorist training ground, Oren Segal, director of the Center on Extremism at the Anti-Defamation League said, “there is little evidence to suggest that those compounds have any connection to terrorist training.”

And Delaware County Sheriff Thomas Mills said, “We haven’t really had any big issues with them…couldn’t recall when law enforcers had responded to a civil or criminal matter in Islamberg during 17 years as sheriff.”

Such is the anger towards Islamberg that false information has spread across the internet with one publication ‘Freedom Daily’ publishing a long article titled, “Trump sends Feds into rais NY’s Islamberg after 2 decades – uncovers America’s worst nightmare.’ But like so many internet stories this too was debunked by Snopes.

Commenting on Twitter, Donna writes, “People out there saying ‘good for them’ regarding the four Americans who planned to attack #Islamberg. What’s wrong with you people⁉ Terrorism is terrorism. Quit stereotyping Muslims. It’s wrong.”

People out there saying 'good for them' regarding the four Americans who planned to attack #Islamberg. What's wrong with you people⁉ Terrorism is terrorism. Quit stereotyping Muslims. It's wrong.

Islamberg has always found itself at the end of criticism being labelled as a home for terrorists, meanwhile actual terrorists who have threatened and endeavored to cause harm to the residents of Islamberg are not labeled as terrorists.

Whatever any person’s view on the theological opinions of the residents of Islamberg, in a country that grants freedom of religion, they are not sufficient to discriminate or mistreat the hamlet’s residents.

If three explosive devices and a cache of guns were found to be owned by brown or black citizens, it would be front page news, there would be labels of terrorism and we would by now have had complete exposes on the accused. Instead, we have a slow trickle of commentary.

As it stands, once again, Muslims, in this case American Muslims, are constantly being targeted and labeled as terrorists, meanwhile the actual terrorists – three of whom were former Boy Scouts – because they happen to be white, are not splashed on the cover of every media publication, and are not being scrutinized to the same degree.

Important questions need to be asked on how former Boy Scouts went from being productive members of society to hardened terrorists. If as children they were taught Scouts law, “A Scout is Trustworthy, Loyal, Helpful, Friendly, Courteous, Kind, Obedient, Cheerful, Thrifty, Brave, Clean, and Reverent.” Who radicalized them? Where? When? How? So much more needs to be done to ensure this does not happen again.

Full credit must go to the authorities who identified these terrorists from delivering their plot, saving countless lives. But we must all insist on better standards when reporting incidents and investigating the genuine causes and motivators inspiring Boy Scouts to become terrorists.

Twice, terrorist plots against Islamberg have been foiled by the authorities. If all of our communities are to live alongside one another in peace, we must all be held to the same standard.