Just in time for Ramadan, Muslims in Nashville, Tennessee welcome their new mosque which opened recently after almost two decades of work, Tennessean reported on May 2.

“We were waiting for the decades-old vision that made this mosque a reality. It’s a dream,” said Rashed Fakhruddin, member of the Islamic Center of Nashville’s board of trustees.

The new building is the second mosque and the focal point of the Islamic Center of Nashville’s 11-acre campus in Bellevue neighborhood. It’s expected to see an influx of visitors during Ramadan.

“We were hoping last Ramadan it would be ready,” expressed Fakhruddin, who is also the director of community partnerships for the center.

“So, this was like OK we’ve got to get this done before Ramadan and so thank God it finished just in time so people are excited to come here and pray.” 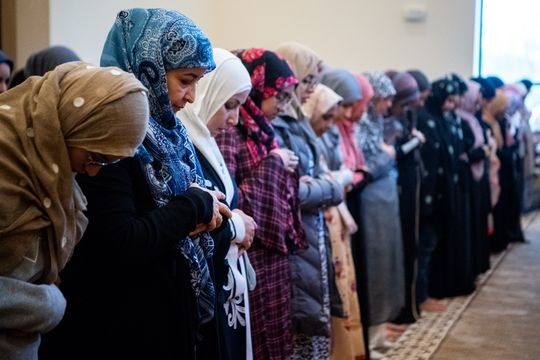 Fakhruddin informed that the $2.5 million mosque project has been a part of the center’s master plan for more than 20 years. “But, building Nashville International Academy, the school next door to the new mosque building, took higher priority,” he said.

The center plans to finish the basement of the new building and add on a gymnasium at some point in the future. They also have plans to remodel the 12 South location in the neighborhood.

According to Fakhruddin, it’s estimated that the Nashville area is home to about 40,000 Muslims with the majority of them living in the southeastern part of the city.

In the mid-1970s, there were very few Muslims in Nashville. Only a handful used to offer weekly Friday prayer at the Black Cultural Center of Vanderbilt University.

As time progressed, attendance in Friday prayer gradually grew from 5 to 40 by 1979. At that time, the Nashville Muslims got together and organized themselves for the first time, paving the way for the formal emergence of the ICN.

The Muslims of Nashville are well diverse with ethnic representations from all over the Islamic World. Yet, the community is quite cohesive, well organized and closely tied together.