NEW YORK – For Muslims around the world, `Eid festivities provide a chance to gather for communal worship and revelry. There are large congregational prayers, with crowds that can number in the hundreds and thousands as well as family gatherings and an array of festivals.

Despite the potential for spiritual development and fellowship, for Muslims with social anxiety, celebrating `Eid involves huge challenges to prevent or work through symptoms while participating in prayers and merriments during the holy days.

Social anxiety is the third largest mental health care problem in the US, with millions of suffers. According to the Social Anxiety Institute, people with the disorder are vulnerable to significant emotional distress when:

The potential for distress can affect every facet of one’s life, and the need for understanding and support remains constant.

Social Anxiety in a Muslim Body

Sahar Abdulaziz, coauthor of But You Look Just Fine, explained to AboutIslam how social anxiety could affect Muslim suffers.

“For most Muslims spanning the globe, `Eid is a time of celebration. A time when families and friends–near and far, gather in prayer and gratitude. However, for those suffering from mood disorders, such as social anxiety, also known as ‘social phobia’ the mere thought of being someplace with many people can bring forth an anxiety attack,” she said.

This fear can cause a person to feel physically ill, terrified, along with a host of other debilitating symptoms; making the prospect of attending any social gathering a daunting and frightening experience. As a result, many sufferers opt to stay home, isolating themselves out of fear of triggering an attack.

Others who do not have the option to seclude will find themselves battling emotions that make enjoying social interaction impossible, choosing to put their “best face forward” despite the massive and personal toll it takes–anything to appear “socially normal.”

“Social anxiety makes it difficult for me to function in large crowds. I have a fear of tight spaces as well, so for me, going to an `Eid prayer presents multiple challenges” Sakinah Kaiser told AboutIslam.

“Talking to people, in general, makes me anxious, and I often have heart palpitations at the thought of having to interact with so many people at once.”

“The distractions of large crowds cause me the most anxiety because it’s very hard trying to concentrate on what exactly I’m supposed to be saying and doing during the prayers with so much going on,” said Yusuf Jones. 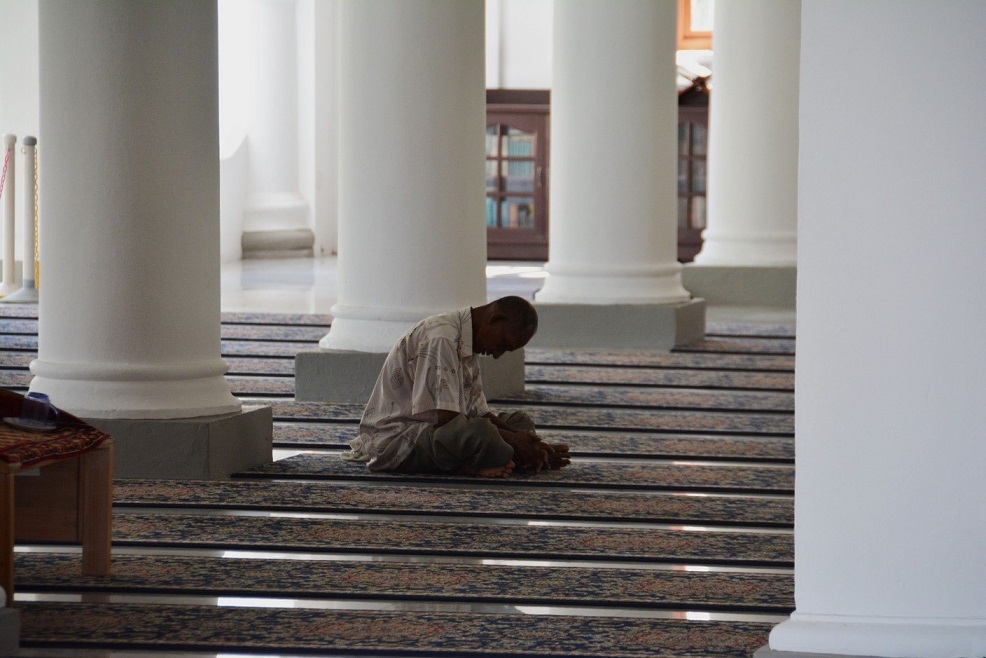 Finding A Space to Safely Worship

Because social anxiety can be so inwardly debilitating, Muslims with the disorder often must concentrate on locating spaces providing services in less triggering environments.

“Usually, I attend with family and when I know that there will be familiar and non-judgmental people in the crowd,” said Jones.

“Sometimes the sensory overload can make it very difficult to stay in the large group for long periods at a time, even when there are other Muslims constantly seeking me and encouraging me to stay with the group and not go off by myself.”

Sakinah Kaiser cites upsetting conduct by fellow congregants as another cause for anxiety suffers to become unsettled.

“Because `Eid is a time when many people who don’t regularly attend the masjid are congregating in one place, there’s a risk of having to face uncomfortable situations or possibly even short tempers and difficult behavior. That makes me so anxious.”

For Ryan Williams, smaller `Eid congregations make it possible for him to engage in worship without being overwhelmed.

“I can’t stand being around crowds, and it takes a lot of effort to mingle with other people. I can function for small amounts of time in large group settings, but it’s draining. I’ve tried to find a place to go for `Eid where it’s a small gathering and prayer. Too many people are just too much.”

Abdulaziz expounds that an unfortunate consequence of efforts for Muslims with social anxiety to worship in positive settings is that their coreligionists frequently label them as anti-social.

“Others may perceive those, who suffer as just overly shy, withdrawn, sad or even unfriendly–often labeling them as ‘introverts’ – while, in reality, they are in excruciating and debilitating pain.”

“To be clear, those with social anxiety want to participate, but it is the disorder which often prevents them from doing so. Drained, exhausted, and frazzled, the cycle of hurt and misunderstanding lingers, causing further loneliness and regrets.” 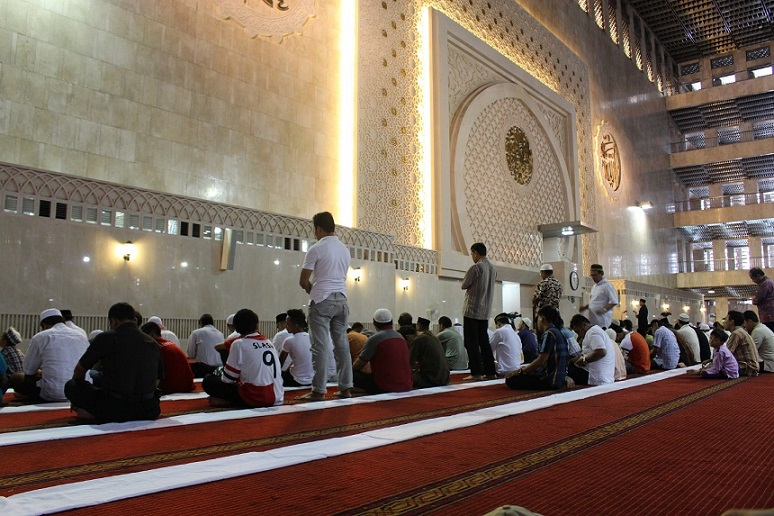 Support from their coreligionists, friends, and family members is important for Muslims with social anxiety to participate in `Eid, free from symptoms and alienation.

“Most Muslims encourage each other to go out on `Eid because the prophet (saws) encouraged everyone to come to the masjid. So, it’s been difficult for me to explain myself to other Muslims and help them understand this issue of social anxiety.”

“Shame is a huge component and feeling ashamed that we can’t be present and “show up” neurologically or normally to an obligatory gathering is burdensome,” said Kaiser.

“If I must wall off by myself or leave early, it’s not because I don’t appreciate the significance of the event or that I don’t care about the feelings of the people around me.”

“For those who do not suffer, I caution you to find it in your hearts to be more understanding and patient without playing the blame game or using guilt or humiliation to persuade you partner or family member into participation,” said Abdulaziz.

“These fears they are experiencing are genuine. These attacks, this disorder is quite real and debilitating.”

Jones points out how essential support from his family has been to his ability to participate in `Eid celebrations.

“Most family and close friends understand and are comfortable with the steps I take to try and stay present and be a part of the gathering, even when it means taking breaks. My wife has become astute at noticing when I’ve had enough and usually checks on me or asks me how long we should stay.”

“It would be helpful if people didn’t pressure me (and those with social anxiety/phobia) to go out into situations that may bring unwanted harm and discomfort,” said Kaiser.

“A gentle nudge to socialize and interact with the community is great. However, if someone expresses continued doubts and fear at going out, it would be helpful if people respected this and instead were supportive.”