What did it mean when on January 3, 2019 two Muslim women were sworn into the US Congress? It meant that the American Republic, its Constitution and the country’s purported ideals have two much needed champions.

As Muslims, Palestinian American Rashida Tlaib and Somali American Ilhan Omar are uniquely qualified to be among the best stewards for the country. This should be clear to everyone, at the latest since the horrific events of 9/11.

To illustrate this argument, it’s worth remembering briefly the episode of the “Ground Zero mosque.” It’s now been about a decade since the plan of Imam Feisal Abdul Rauf for this project in New York’s Lower Manhattan became public. He referred to it as the Cordoba House. In the American public square, however, the project came to be known as the “Ground Zero mosque,” the “Ground Zero terror mosque,” or the “Victory Mosque.” The project was strongly opposed from the beginning by mainly right-wing demagogue leaders and their followers who suffered either from too much fear, too much ignorance, or both.

Comparing the Imam and other Muslims to Nazis, former Republican House Speaker Newt Gingrich explained his opposition, stating in August 2010, “Nazis don’t have the right to put up a sign next to the Holocaust Museum in Washington.”

He continued, “We would never accept the Japanese putting up a site next to Pearl Harbor,” and, therefore, concluded, “There’s no reason for us to accept a mosque next to the World Trade Center.” The American public largely agreed.

The onslaught went on with many politicians joining in, Sarah Palin, Rudy Giuliani and Peter King among the most prominent. They were joined by well-known Islamophobes, such as Robert Spencer and Pamella Gellar, the latter describing the “Ground Zero Mosque project [as] a middle finger to the American people.” 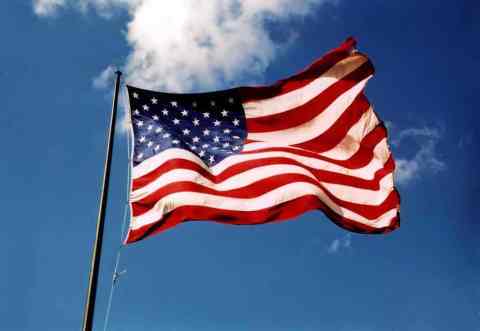 What all of these political entrepreneurs had in common was the undermining of the American Constitution and, specifically the cherished and important guarantee for the free exercise and expression of religion.

As the onslaught progressed for months and years, it went unnoticed that the project was never meant to be a mosque. Imam Abdul Rauf had written an editorial in the New York Times in September 2010, explaining, “Our name, Cordoba, was inspired by the city in Spain where Muslims, Christians and Jews co-existed in the Middle Ages during a period of great cultural enrichment created by Muslims. Our initiative is intended to cultivate understanding among all religions and cultures.”

The Imam intended to bring more of this ideal of co-existence to America. And despite his own shortcomings with which he was maligned in many ways, he, as a Muslim, embodied the best of what America promises and pretends to embody.

Many Muslims across the country stood up for the Cordoba House; on an organizational level the Council on American-Islamic Relations (CAIR) and Muslim Public Affairs Council (MPAC) were in the forefront. Indeed, while pseudo-patriotic flag-waving politicians and large swaths of the political right were generally more than willing to dispense with the foundation of our Republic, it was these Muslim organizations that stood up for fundamental American principles.