In cooperation with a leading Islamic relief organization, the Muslim community in Yellowknife in the Northwest Territories, Canada has donated $10K worth of backpacks filled with school supplies to children in a local Catholic school, CBC reported Tuesday.

“We feel it is important that from the Islamic Center and the Muslim community, that we are partners in education. Especially Indigenous education,” said Nazim Awan, the chair of the Islamic Centre of Yellowknife.

“That is our contribution to reconciliation too.”

Awan said the initiative started after an Islamic Relief Canada board member visited Yellowknife and inquired about what they could do to give back to the community.

The Islamic Relief Canada and the Islamic Centre of Yellowknife approached the chiefs of the Yellowknives Dene First Nations (YKDFN) one month ago about the donation. 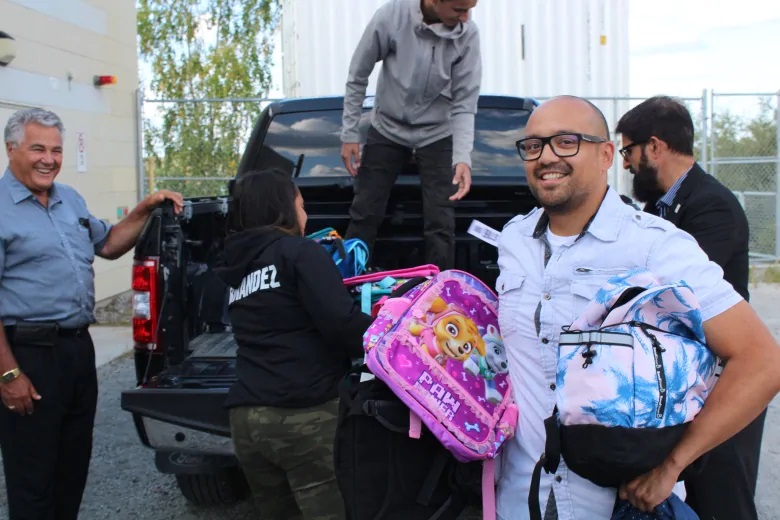 As the cost of school supplies increase, the Muslim community’s initiative was welcomed by Ndilo Chief Ernest Betsina, who accepted the school supplies at K’alemi Dene School last Wednesday.

“Some of our families are low income … so every little bit that we can help these families is a welcome thing,” said Ndilo Chief Ernest Betsina, who accepted the school supplies from the Yellowknife Islamic community at K’alemi Dene School last Wednesday.

“The students will benefit directly because they will have new school supplies.”

In Yellowknife, Catholic school board students started last Thursday, while other schools prepare to open on Tuesday.

The Canadian Muslims’ initiative is not the only one this year.

Earlier this year, the Islamic Circle of North America Relief (ICNA-Relief) announced a new initiative to distribute 2,000 backpacks and school supplies on the needy in different cities across the US.

The project was held for the first time in 2009, From July to September.

In last year’s event, 50,000 children benefited from backpacks with school supplies distributed across more than 110 cities, with over 220 partners, in 35 states and Puerto Rico.