“We always have to remember,” Lina Bensaidane said.

“It’s a painful memory. It hurts to remember it. But I think the fact that it’s painful also reminds us that we need to hold on to that pain and remember that there’s always a risk if we don’t talk more if we don’t raise awareness.”

Bensaidane still remembers the shooting day two years ago, when a Canadian lone gunman terrorist opened fire at a mosque in Quebec City on the evening of January 29, 2017, killing six and injuring 19.

The Muslim woman feared her parents, who usually attend the mosque, might be among the victims.

“You can ask anyone from the mosque where they were that night,” Bensaidane said, “and they’ll remember who they contacted and who they feared wouldn’t pick up their phone.”

Planned this Friday, the Muslim Awareness Week event will be marked by activities in churches, synagogues, mosques, cultural centers and universities, all in hopes of building bridges between communities.

“People fear what they don’t know, and what better way to get people to know us than reaching out ourselves?” said organizer Ehab Lotayef, an IT engineer at McGill University. 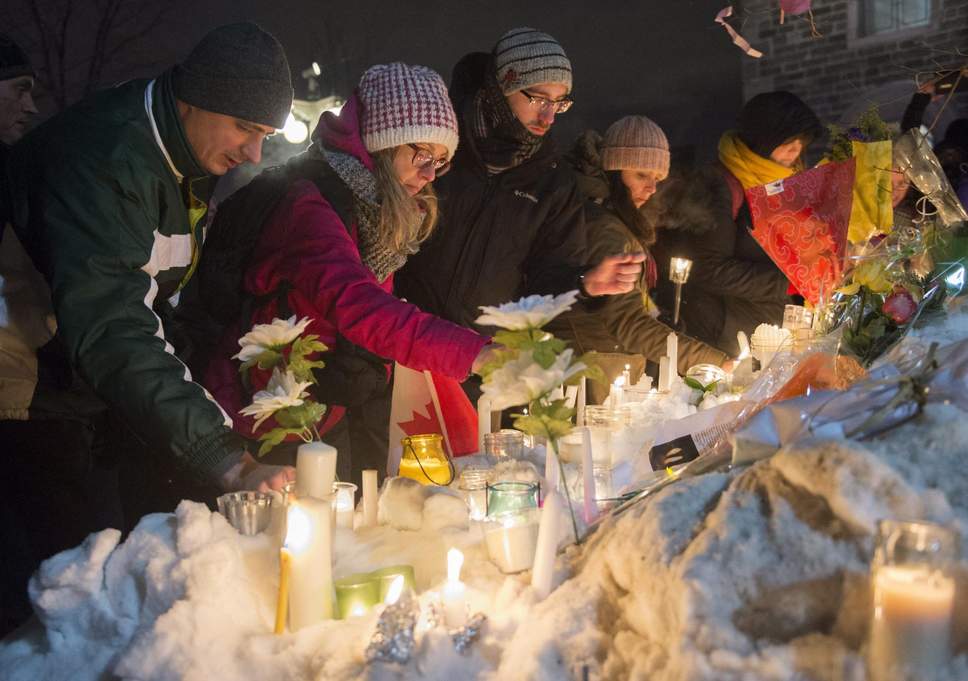 Imam Hassan Guillet, who spoke at the funerals for three Quebec mosque shooting victims, called on Quebecers to use the week as an opportunity to “work together, hand in hand, to make sure the victims are the last victims.

“We can’t rewrite the past, but today we’re writing the future,” he said. “Our enemy is ignorance: We live next to each other, but we don’t know each other.

Another interfaith prayer service will be held at Kitchener City Hall in Canada on January 29 to commemorate the second anniversary of the victims of the terrorist shooting attack at Quebec Mosque.

In spite of the terrorist attack, the Muslim Canadian community organized the first-ever ‘Visit My Mosque Day’ in Canada on Sunday, October 15, 2017.

According to Canada’s 2011 National Household Survey, there were 1,053,945 Muslims in Canada, or about 3.2% of the population, making Islam the second largest religion in the country after Christianity.

In fact, Muslim Canadians don’t form a ghetto minority group of closed circles. On the contrary, Muslims are one of the most sociable, cooperative and supportive religious populations in Canada.

Just a few weeks ago in 2018, a Canadian mosque in Toronto dished out its milestone 15,000th meal as part of its soup kitchen and meal delivery service on December 2.

Moreover, several Islamic centers and mosques in the North American country provided aid and charity as well as societal initiatives for the needy of the Canadian society during the past Christmas and winter vacation at the end of December 2018.