Four years on, the man who committed the  atrocities in Chapel Hill, North Carolina, has been sentenced to life in prison, Time reported.

The sentence has been criticized by the victims’ families.

“It hurt a lot of feelings and it added to the false narrative,” Joe Cheshire, a prominent defense attorney who has been working with the victims’ families, said.

“Our government failed this family and our multicultural democracy.”

Hicks, 50, accepted three consecutive life sentences without parole as part of his plea deal, two months after the district attorney dropped plans to seek the death penalty in an effort to speed up the proceedings.

The four-year delayed sentence brought little relief to the American Muslims, including Imam Omar Suleiman who wrote, “Today their murderer was sentenced to life. But he took 3 of the best of us, and ruined their families lives.”

Deah was a second-year dental student at UNC, while his wife Yusor had just been admitted to dental school as well. Her sister Razan was a design student at North Carolina State University. 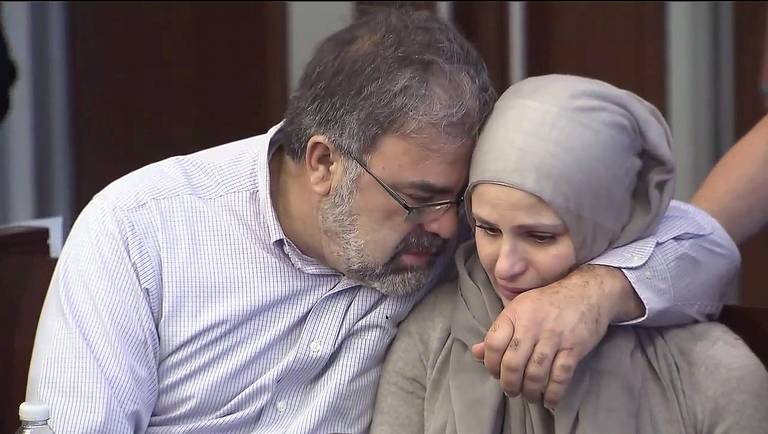 Namee Barakat, the father of Deah Barakat, comforts his daughter Suzanne Barakat after a video showing the murders of Deah, his wife, Yusor Abu-Salha and her sister Razan.