No iftar leftover food will be thrown in the trash this year.

This was a decision made by a group of Muslim volunteers in Dearborn, as they maintain that Muslims usually overcook and under eat in Ramadan, Detroit News reported.

Based in Detroit, the group, Helping Handzzz, was first started during Ramadan 2017.

“We were in my basement thinking, ‘We’re not going to throw all this food away. It’s Ramadan, that’s the whole point of fasting and it’s a time to give back,'” Nadine Daoud, a 22-year-old pharmacy student, said.

“I through a flyer out on social media and had so many people reach out to me saying ‘Hey, I have food too, come pick it up.’ ”

Friends began helping Daoud from her home in Detroit. This year, the group is fully functioning and is run through social media.

“It’s intentionally spelled Helping Handzzz,” Daoud said. “The z’s represent that most of our donations occur at night and we work while people are sleeping and don’t finish until after 1 a.m.”

The food donations are examined for safety and taken to the Islamic Institute of Knowledge, where they serve dinner to those in need. Food is also distributed to the homeless in Detroit’s downtown Hart Plaza and delivered to the Detroit Rescue Mission.

“Most of our food goes to refugees,” she said. “We feed Muslims, but it’s for anyone with an empty belly. It’s about supporting anyone that needs help, that’s the goal because we’re all human.” 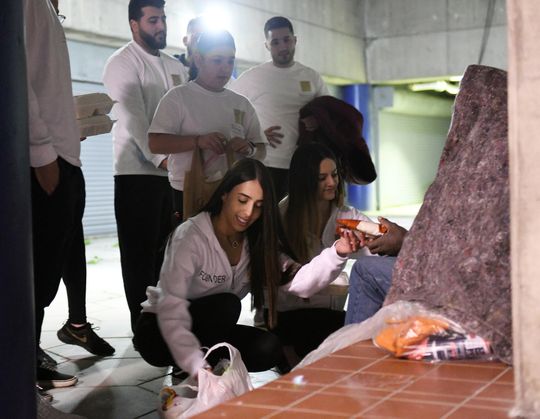 In addition to collecting and delivering food during Ramadan, Helping Handzzz has toy drives at mosques to collect gifts for kids to have on `Eid.

They also collect supplies for hygiene packages for homeless people in Detroit and at mosques.

“We’re known for the Ramadan food donations, but have expanded our efforts to provide anything a family may need,” Daoud said.

“We’ve pulled together to get an AC unit for a family, clothes, blankets, and supplies.”

“I hope to own a mini shelter next to a mosque that will have doors open for people to eat and rest,” she said.

“It’ll be heated in the winter, cool in the summer. Somewhere they can grab supplies and food as needed and we don’t have to tackle them on the streets.” 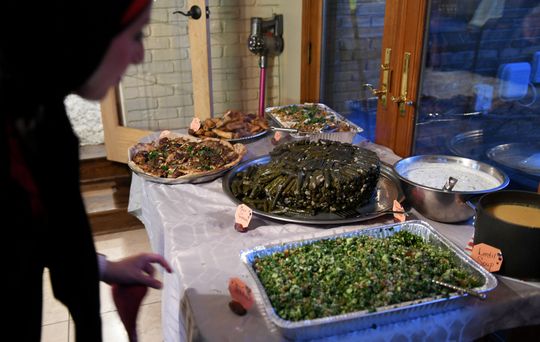 Muslims are currently observing Ramadan, the holiest month in the Islamic calendar.

Muslims dedicate their time during Ramadan to get closer to Allah through prayer, charity, self-restraint, and good deeds.

Ramadan is a blessed month where the rewards for all of our good deeds are multiplied and this includes charity work and donations.