NEW YORK – This Muslim young lady is the founder and CEO of The Tempest, the fastest-growing media company changing the global narrative of diverse millennial women since 2013.

The Tempest connects millions of people daily with thousands of female leaders on every issue under the sun, disrupting the global media status quo.

In 2017, Laila Alawa presented a TedxTalk, themed ‘The Secret Behind World Domination’, and, this year, she has been named to Forbes 30 Under 30 for elevating the voices of women of all ethnicities around the world.

Alawa is a Syrian Danish Muslim who was born in 1991 in Denmark. She’s a media and technology entrepreneur, and researcher. She’s the host of The Exposé, a podcast tackling contemporary topics with wit and brutal honesty.

Named an Ariane de Rothschild Fellow, she was also nominated as Changemaker for the United State of Women White House Summit.

Prior to founding her internet company, Alawa worked at the White House and Congress, and previously served as a research specialist at Princeton University, studying socio-cognitive processing under the framework of community identity and belonging.

During her undergraduate career at Wellesley College, Laila spent time dissecting stereotype threat for women in the sciences, consumer behaviorism and minority stereotyping and judgment, later having her research published in the Psychology of Women Quarterly. 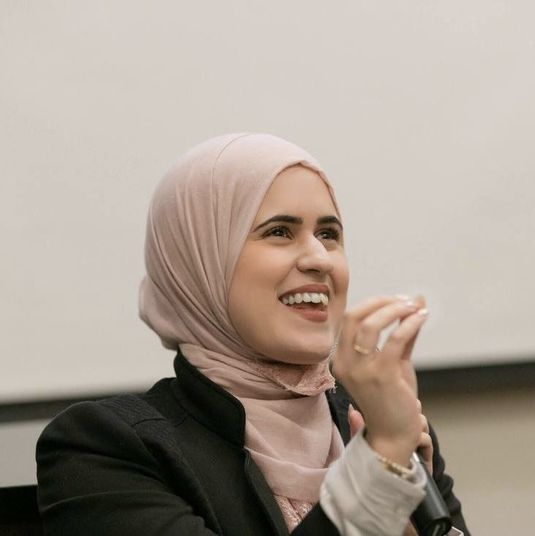 The influential Muslim lady graduated with a degree in psychology and education studies in 2012.

During her time at Wellesley, she worked on research initiatives examining female leadership in the sciences, minority stereotyping, and consumer behaviorism.

Alawa’s father is Syrian and her mother is half Syrian half Danish. She is the eldest of eight children. She lived for several years in Japan where her father studied engineering.

She migrated to the US when she was six, and was home-schooled from the second grade because children in her class started to bully her after they had found out her mother was Muslim. In 2015, Alawa became an American citizen, one year after her parents.

As a Muslim woman and rising media mogul, Alawa adds an eloquent, outspoken, often humor-filled outlook to the lessons she shares as the leader of a multicultural media company.

With her finger on the pulse of issues affecting women today, she provides insights that enable others to harness their own life experiences – and the media – to catalyze social, cultural, and political change.