At a time of growing bullying at American schools, a new campaign and a national awareness day are designed to create and nurture healthy and open relationships between classmates.

“Know Your Classmates is an initiative of Beyond Differences’. It is aimed at combating hateful language, anxiety, and fear of differences among middle school students,” the campaign website read.

“It was created and designed by teachers for teachers to address the challenge of how we, as educators, help middle school youth become more self-aware about their own family’s identity, traditions and culture while learning acceptance, inclusion, and respect for their classmates as well.” 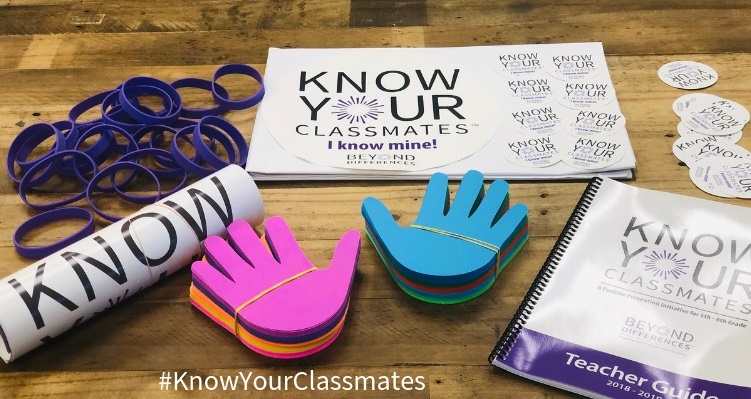 The idea to create the curriculum grew from the national ING – led Know Your Neighbor: Multifaith Encounters project. The national campaign launched at the White House a few years ago.

Kicked off this fall, it is an exciting back-to-school initiative brought by Beyond Differences for schools across the country.

Interestingly, More than 1200 schools participated in Know Your Classmates Day in 2018.

This year, the National Know Your Classmates Day is on October 25, 2019.

“Our students deserve to acquire the tools they need to combat this fear,” the website read.

”They deserve to live in a country that respects their identity.”

The 2017 School Crime Supplement indicated that, nationwide, about 20% of students ages 12-18 experienced bullying.

In addition, the 2017 Youth Risk Behavior Surveillance System indicated that, nationwide, 19% of students in grades 9–12 report being bullied on school property in the 12 months preceding the survey.

The number almost doubles in the case of Muslim students.

Moreover, the Institute for Social Policy and Understanding, a research firm that focuses on Muslim American issues, found in 2017 that Muslims were about four times as likely as the general public to report that their school-aged children were being bullied.