What do Muslims think of Jesus? It’s a question Dr. Sabeel Ahmed said he gets often

ARIZONA – As Christians prepare to celebrate Christmas worldwide, a US Muslim interfaith group has launched a new billboard campaign in Arizona to educate people on how Muslims regard Jesus (peace be upon him), AZ Central reported.

“We want to educate people on who we (Muslims) are and who we are not and show people that there are more similarities between the faiths than differences,” Sabeel Ahmed, from The Humanitarians interfaith group said Tuesday during a news conference at the Islamic Community Center of Tempe.

“If you don’t believe in Jesus, then you cannot be Muslim,” he said.

The billboards, which Ahmed said cost $10,000, state in bold, white letters three Islamic beliefs about Jesus: Jesus was born to the Virgin Mary; he is honorable and blessed; and God supported Jesus with the Holy Spirit. 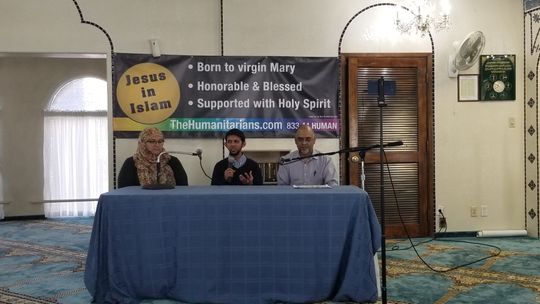 “We want to let Christians know how much we love, admire and respect Jesus,” Ahmed said.

Rev. Larry Fultz, director of the Arizona Interfaith Movement, said he supports the message of the campaign.

“Anything that any group is doing to encourage dialogue, I’m for it. That’s our mission, to find things we have in common,” he said.

The campaign comes a few days ahead of the Christmas which is the main festival on the Christian calendar.

Its celebrations reach its peak at 12:00 PM on December 24 of every year.

Muslims represent around 1% of the US population, according to Pew survey.