NEW YORK – Autumn marks a time when US Muslim students and their parents settle into the school year. Shifts into Fall studies are the result of careful preparation and some hard decision making by Muslim parents, who must assess and decide on optimal education options for their children.

Some parents choose to send their children to one of many Islamic schools  peppered across the country for a variety of reasons, including safety and a desire for the incorporation of Islamic studies.

Unlike free public schools, US Islamic schools can be cost prohibitive, requiring parents to make some difficult financial choices. 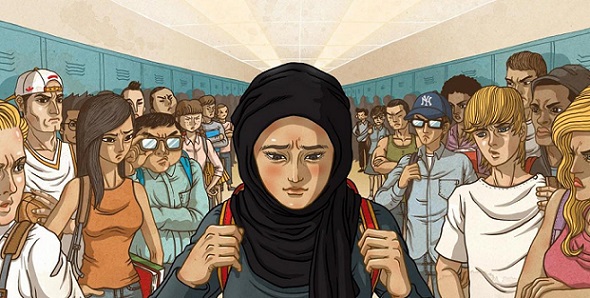 School bullying is a problem for students in general, but Muslim students frequently encounter aggression from their fellow students and teachers because of their faith.

The country’s school systems are not consistently safe for Muslim students. School bullying is a problem for students in general, but Muslim students frequently encounter aggression from their fellow students and teachers because of their faith.

According to the 2017 CAIR-CA Bullying report, fifty-three percent (53%) of Muslim students in their study reported being “made fun of, verbally insulted or abused for being Muslim—” more than double the national bullying statistic.

The study revealed an increase of incidents of tugging/pulling off hijabs as well as inappropriate touching from 29% in 2014 to 36% in 2016.

In 2017 Muslim a Muslim student in New York and one in Tennessee had their hijabs removed by teachers.

Consequently, safety is a primary consideration when parents are deciding on an Islamic school.

“I was born and raised in CA,” Jehan Hakim told AboutIslam.net.

“It was tough being a teenager struggling with my Islamic identity. So, as a single mother of 4 who works full time, the safest [choice I could make] was to place my children in an Islamic school—one that I screened and researched. 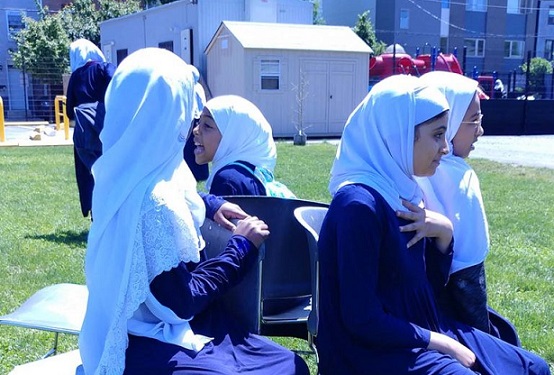 “We wanted our boys to feel protected in terms of knowing who they are and learning their religion,” Atira Muhaimin told About Islam. “We also wanted them to get the proper tajweed and recitation that they needed.”

Magda Elkadi Saleh, director of Bayaan Academy explained that many Islamic schools offer an “amazing opportunity to strengthen their Islamic identities, learn Arabic, Qur’an and Islamic Studies, and get a strong base in Academics surrounded by Muslims living by Islam’s high standards.” 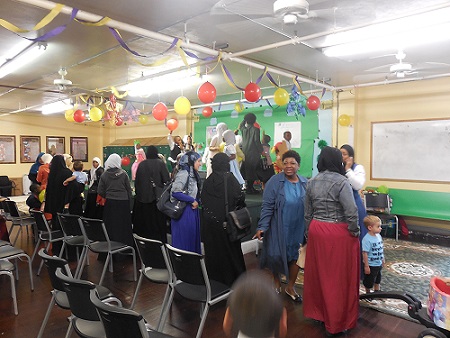 Most Islamic schools operate as private institutions, making it necessary to charge tuition and fees for educational services.  Although some parents may find it cost prohibitive, many of these faith-based schools attempt to keep fees at a minimal.

“As far as I am aware, Islamic schools do not make a profit,” Elkadi told AboutIslam.net.

“Actually, they have to do fundraising to cover at least 15% of their annual budgets.  Tuition payments do not cover the cost of running a school and educating children,” she said.

Umm Kareemah operated a small daycare and homeschool co-op in a working-class section of Chester PA. “I charged minimal fees to oversee the children’s day to day homeschool or virtual school activities.

Our focus wasn’t profit, but rather it was fulfilling a need for an underserved community who was unable to afford traditional private Muslims schools.”

Despite efforts for institutions to keep tuition low, parents still struggle to pay.
“To be honest, a lot of times we’ve even had to borrow money to supplement what we didn’t have in the home,” said Muhaimin, whose sons have aged out of Islamic school.

“We always paid our tuition first and dealt with our home expenses second.”
Some families do find assistance from the surrounding Muslim communities and work with schools for more affordable tuition.

“I applied for scholarships, which the community has contributed to,” explained Jehan Hakeem.

“My daughters are able to attend a quality school with Islamic values at a reasonable cost now. I work full time and also do volunteer work with the school. My girls also volunteer at their school.”

“I considered withdrawing my daughter out of her Islamic high school. Upon hearing this, the school gave us an even larger discount-alhamdullilah!”

ElKadi told About Islam that some Islamic schools will not deny students and education because of finances.

“In the schools in which I have worked, no student was ever expelled due to financial hardship.  Alhamdulillah, our community is a generous one, and we have always been able to collect donations to cover the tuition/fees that some families are not able to pay.”