“These hardworking refugees were reliable, committed, and loyal to Cargill.  When Cargill refused to allow them to pray during their breaks, it did so with complete disregard for the destructive impact it would have on their lives.”

In 2015, Cargill began banning prayer in its Fort Morgan facility.

Practicing Muslim employees who had worked and prayed at Cargill for many years were suddenly told that they could go home and pray or stay and work.

Cargill also took a series of hostile, unlawful actions, including, blocking the doors to the room in which Muslim employees prayed as well as interrogating Somali-American Muslim employees after their bathroom breaks to ensure that they had not also prayed during their break.

When these employees sought assistance from their union, they were met with hostility and a refusal to help.

From December 21-23, 2015, approximately 150 Somali-American Muslim employees suffered a mass discharge when faced with the choice of abandoning their religion in order to work.

On Wednesday, EEOC said they found a reasonable cause that Cargill Meat Solutions and Teamsters Local No. 455 in Colorado violated Title VII of the Civil Rights Act of 1964 by discriminating and retaliating against Somali-American Muslim employees seeking religious accommodations in December 2015.

“We welcome these determinations and hope they will ultimately lead to justice and compensation for all the workers who have suffered because they were denied their constitutionally-guaranteed right to reasonable religious accommodation in the workplace,” said Lena Masri, National Litigation Director of the Council on American-Islamic Relations (CAIR). 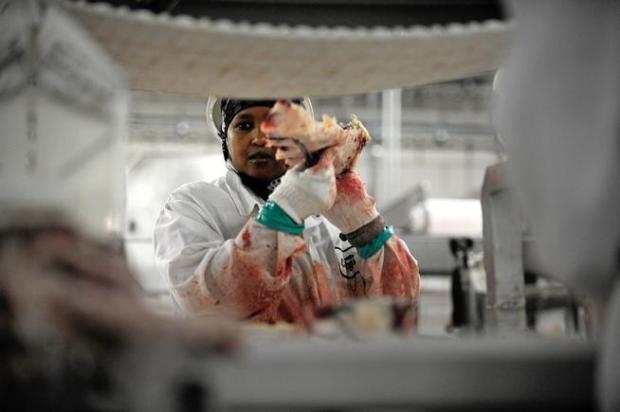 Based on these findings of egregious and widespread violations of federal civil rights law, the EEOC is attempting to set a conciliation between the aggrieved employees, Cargill and the union.

The workers are hopeful that, with the EEOC’s assistance, they can help ensure the right of all employees to work without fear of discrimination regardless of race, national origin or religion.

From March through June 2016, Cargill spent more $1,000,000 in Colorado taxpayer money challenging the right of these individuals to unemployment benefits.

“In each and every case, Hearing Officers found that Cargill had unilaterally and substantially changed the working conditions of these Black, Somali, Muslim employees, none of whom were at fault for the loss of their employment,” said Qusair Mohamedbhai and Laura Wolf.

CAIR offers a booklet, called “An Employer’s Guide to Islamic Religious Practices,” to help employers gain a better understanding of Islam and Muslims in the workplace.