BOSTON – Mosques across Boston opened their doors Monday, April 9, to welcome neighbors and elected officials amid efforts to bridge gaps in the society and correct misconceptions about Islam.

“It was a wonderful turnout. Many of our interfaith partners came,” Nichole Mossalam, assistant director of the Malden Islamic Center, told Boston Herald.

“We had a great variety of visitors …. It was absolutely wonderful, and we had some new guests in addition to the ones that came last year.”

Mossalam was talking during Boston second Open Mosque Day, the event meant to build one-on-one relationships with neighbors and let them know that mosque doors are always open.

Visitors to Malden Islamic Center were given name tags written in both English and Arabic and were gifted smiley face pins meant to remind them of teachings of good acts and acts of charity in the Muslim faith. 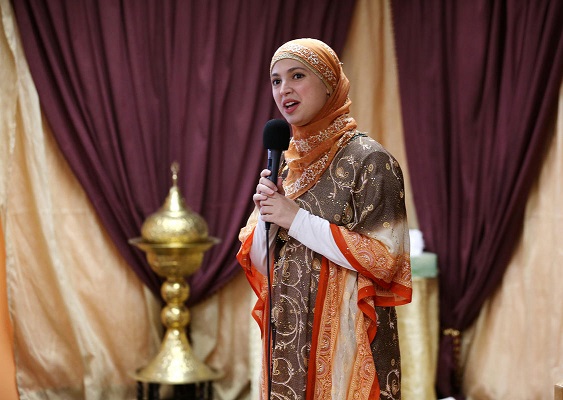 Nichole Mossalam, administrative director of the Islamic Center of Malden, speaks to a crowd of visitors during Open Mosque Day. Staff photo by Angela Rowlings.

“We covered the very basics of the five pillars of Islam every Muslim has to believe in, what it means to pray and the history of Islam in America,” Mossalam said.

“Basically the bits and pieces here and there on faith and the every­day life of a Muslim.”

Moreover, guests also learned that Islam was not limited to Arab countries. 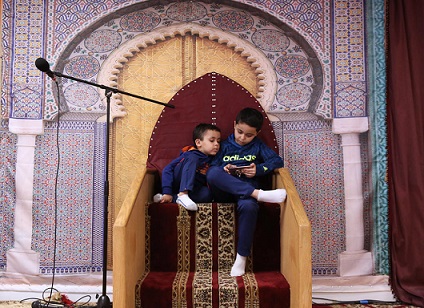 “Muslims fought in every American war, including the Revolutionary War, and there are over 5,000 Muslims in the armed services today,” Mossalam said.

The event was praised as an opportunity to stress the unity of the country, finding common ground for all groups.

“I believe as a Muslim-American I must do everything I can to bring us together,” she said.