ROCHESTER – Members of churches in Rochester, Minnesota US, have revealed their support for Masjid Abubakr Al-Seddig in their city after an Islamophobic attack that targeted the mosque on June 23, KIMT3 News reported.

Rochester’s citizens and the Mayor Ardell Brede gathered at the mosque on June 24 to sympathize with Muslims after an Islamophobe left a bacon outside the mosque.

On his behalf, Colin Lange of Rochester said: “Ignorance makes you afraid of people different from you.” 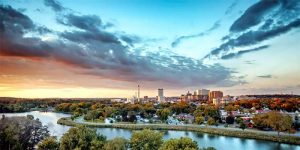 The vigil included statements, songs, a moment of silence, and signs showing support for Rochester’s Muslim community and to create a momentum for more inclusivity.

Leonard explained that: “Rochester has a history of bringing patients here from all over the world to care for them. I think that speaks loudly to us as a community to care for each other in the community.”

“I wish people would put in effort to come and meet each other, it would make a lot of difference…to learn what other cultures do.” Abdi hoped.

According to the 2010 survey of Pew Forum, 1% of the population of Minnesota was Muslim. Pew’s new estimates declare that, “there were about 3.45 million Muslims of all ages living in the U.S. in 2017, and that Muslims made up about 1.1% of the total U.S. population.”