HOUSTON – This year, for the first time, the Islamic Society of North America hosted its annual conference in Houston, Texas. Despite its rookie status, Houston was able to accommodate a jam-packed, three-day event in style, even providing the setting for the most pre-registrants ISNA has seen in several years.

Nearly 5,000 people descended on the George R. Brown Convention Center to take part in a host of events including educational and inspirational panel sessions from a wide range of Islamic scholars, speakers and educators; fitness classes; a health fair; a bazaar with nearly 500 vendors, and a host of other learning and growth opportunities.

Dr. Altaf Husain serves as ISNA’s vice president. He joined the organization in 1996 as an intern before taking a staff position and then moving to elected office. In choosing Houston as the site as the 2018 national convention, Husain said it was a good way to reach a large number of convention-goers.

Husain said holding the convention in Houston is a major factor in the swelling attendance numbers.

“A lot of why we have so many people this year has to do with Houston and the local community,” he said. “There are a lot of good people here in the city, but also Texas is big and, because this is the Labor Day weekend, it makes for a good time to take to road trip to attend.”

Husain talked about ISNA’s’ decision to come to Houston and the organization’s goals for the 55th annual convention.

“We want people to come away inspired and uplifted, and we want to nurture them spiritually and give them lessons they can put to work in their daily lives,” he said.

To organize the multitude of panel sessions, workshops, and roundtable events, ISNA looked to Zeyn Patel, a board member from Houston, to take the reins and begin to organize.

“Zeyn took it upon himself to lay the groundwork for the conference, to put together the volunteer structure and spearhead the movement to bring it to Houston,” Husain explained. 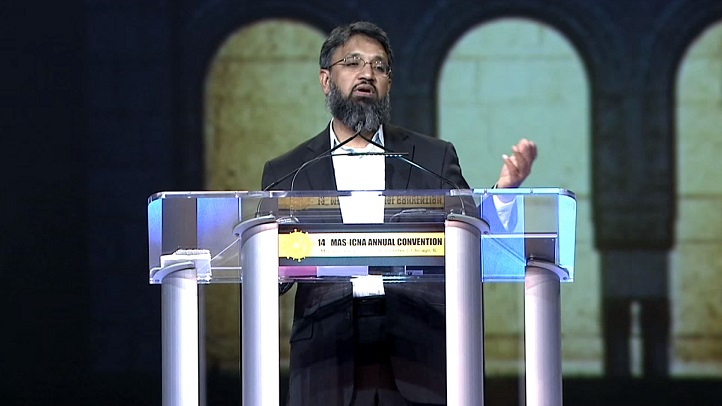 No matter where the convention is staged, events such as ISNA’s are important to the Muslim American community.

“For this convention, we wanted to address the socio-political climate in the United States,” he said. “People are bound to be nervous and anxious about what’s happening to Muslims, some of us are worried our children’s safety.”

That anxiety is what inspired the convention’s theme, “In God We Trust.”

“In God We Trust is a very American phrase, so we just wanted to use that basic theme to encourage people to trust in God for the best,” he said. “No matter what’s happening to you in your life, you should trust in God.”

Husain said not all Muslims are experiencing challenges or oppression, but admitted it can be an issue dependent on where you live, where you come from and how comfortable you are in your own skin and with your Muslim identity.

“Those who walk with confidence don’t have an inferiority complex, and for them, America is a great place,” he said.

“But for others who live in rural areas or small towns with lesser numbers of Muslims, they’re carrying the burden for all of us because every time they are in public they are representing Islam.”

He said having to constantly serve as the face of Islam also may be tiring for these people who only want to go about their business.

“They just want to live their lives, but some of them may not have the luxury of doing so because they have to constantly talk to people about what it is to be Muslim,” Husain explained. 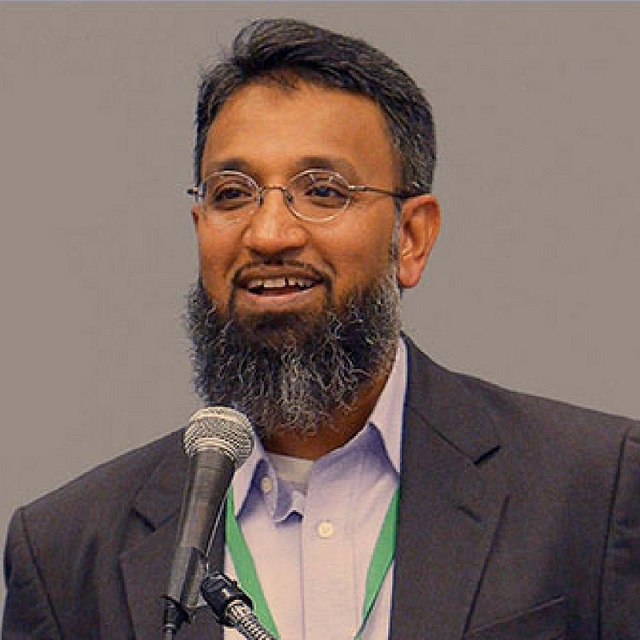 Through the panel sessions, workshops and other informational gatherings, ISNA organizers hope to encourage all Muslims to be unapologetically Muslim, to be confident in their faith and in their identity.

He said he also hopes to encourage older Muslims, some of whom may have immigrated to the United States, to lean on the younger generations for help and guidance.

“Our message to them is don’t be afraid for the coming generation. They have this (living in America) down. They’re handling it, so if you have anxiety about your role here then turn to them for support,” Husain said.

In turn, Husain said he hopes the Muslim community can inspire the youth to diversify in terms of career pursuits, particularly in industries where Muslims are underrepresented or can make the most positive impact.

“Overall we’re doing great with our Muslim doctors and engineers, but we could be better. We have a fairly good emerging non-profit sector with Islamic organizations addressing civil rights or focusing on social services, but I hope to see our young people looking into journalism, social work and health and human services,” Husain said.

But no matter how Muslims choose or not choose to represent Islam publicly or what line of work they adopt, Husain said he and others at ISNA aim to encourage  American Muslims to embrace both their national and spiritual identity rather than feel they are at odds with one another.

“Right now, Muslims are going through growing pains in this country. We don’t have the power or the privilege to not have to make that conviction, to not have to assert that we are patriotic and Muslim. The narrative of us as foreign was sort of thrust upon us, so, for now, we have to go out of our way to say that we’re both American and Muslim,” Husain said.

But he’s hopeful that, as the American Muslim community continues to engage and make positive strides and inroads into American life, one day we won’t have to publicly affirm any ideals of patriotism or love of country.

“Over time that will be less and less. We’ll just be Muslim Americans and we won’t have to prove ourselves.”