QUEBEC — In remembrance of the Muslims killed in the 2017 Quebec mosque shooting, a Canadian high school student has folded 6,000 origami cranes on a world map as an art piece dedicated to the victims, CBC reported on January 31.

The art piece created by Arthur Thompson de la Chenelière was one of several tributes to the victims on display at Université Laval.

The idea was inspired by a Japanese cultural aspect which says that if someone folds 1,000 origami cranes, one wish will come true.

So, the 16-year-old boy made 6,000 cranes for the six Muslim victims; a thousand for each of the six victims. He included his wishes in French and in Arabic.

“I hope that everyone will remember violent events like that of January 29, 2017, to make sure it never happens again, is one of the wishes. I hope everyone in the world learns to love and respect each other,” reads one of the teenager’s wishes. 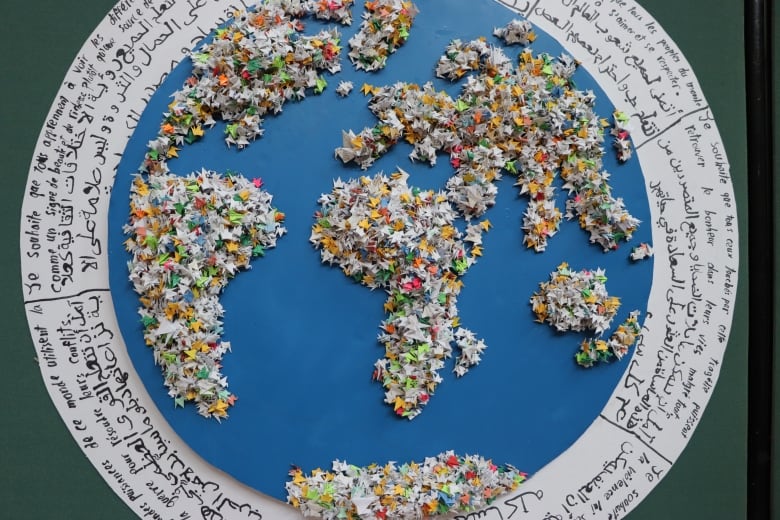 He said it took him about 300 hours to make the cranes and another 20 hours to put the project together.

“When the killings happened at the mosque, it really troubled me. Two children of one of the victims, Azzedine Soufiane, attend my school,” Thompson said.

“I realized how close these horrors were to me, and I wanted to do something about it. So, I used my project to honor the people that died and denounce the horrors,” he expressed.

“My six wishes to the victims on the project were translated into Arabic by a member of the Islamic Cultural Centre of Quebec. I’d like to thank them,” the young artist said. 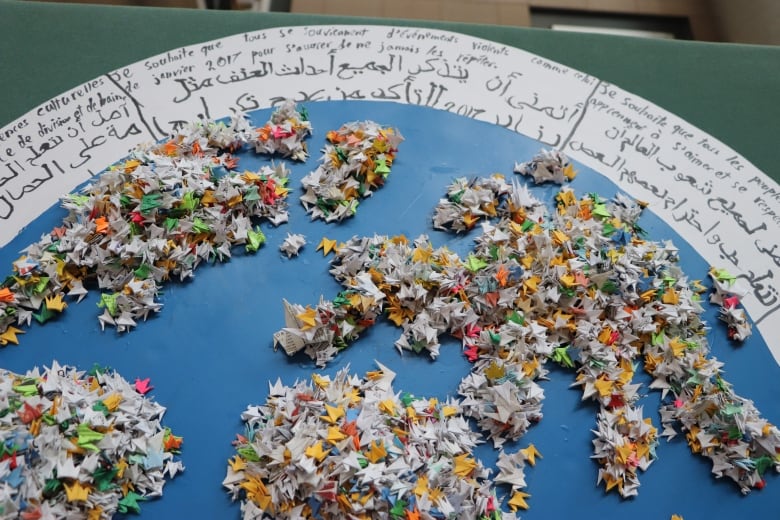 Quebec is one of the 13 provinces and territories of Canada. The region is Canada’s largest province by area and its 2nd-largest administrative division; only the territory of Nunavut is larger.

It’s historically and politically considered to be part of Central Canada, with Ontario. Quebec is the 2nd-most populous province of Canada, after Ontario.

Quebec is unique among the provinces in its overwhelmingly Roman Catholic population, though recently with low church attendance. The 2001 census showed the population to be 1.5% Muslim.